Terrorists of the Islamic State group have managed to seize humanitarian cargo, intended for besieged Syrian troops in Deir ez-Zor. 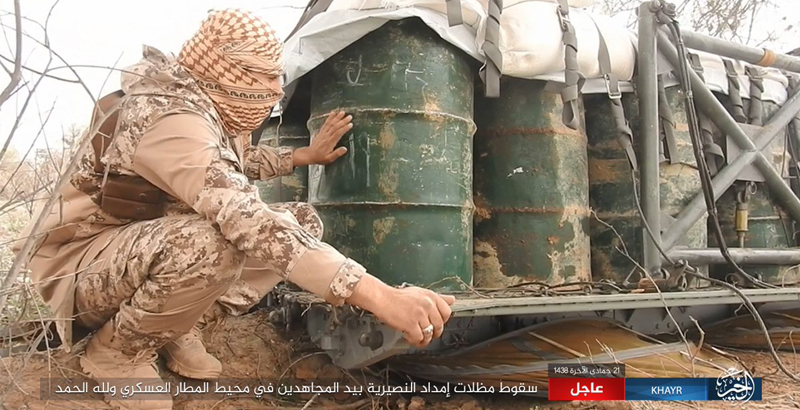 The Islamic State (IS) terrorist group has published online photos of the seized humanitarian aid, intended for besieged Syrian troops in the city of Deir ez-Zor. Acording to terrorists, the aid was seized on Monday. The photos were posted by the IS Amaq news agency.

According to the published photos, terrorists managed to capture containers and fuel for Syrian military. Mistakenly, the cargo landed not in the city, but several kilometers to the north-west of it, on IS positions.

On Sunday, the Russian center for reconciliation of the warring parties in Syria reported that Russian planes delivered more than 20 tons of humanitarian cargo to the Syrian city of Deir ez-Zor. Perhaps, terrorists managed to seize some part of this supply. 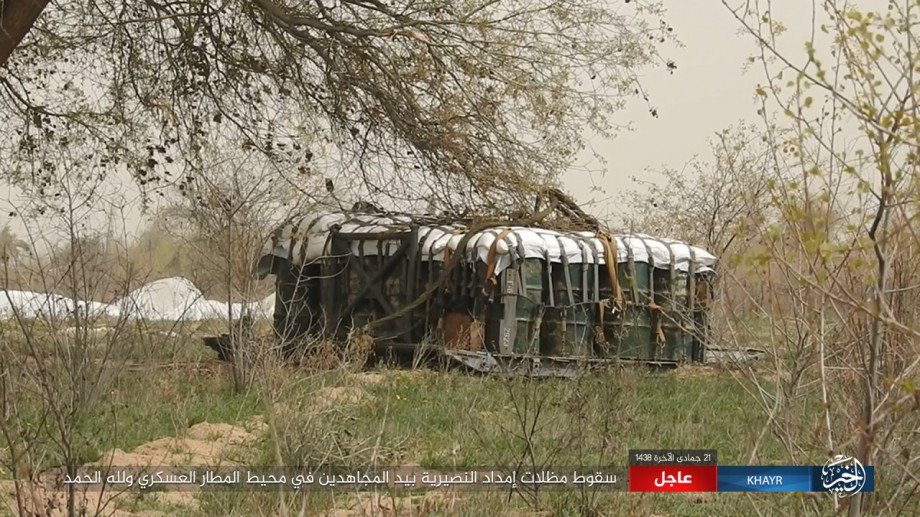 Provision of Deir ez-Zor city became the main problem after the starting of the airbase’s blockade by IS terrorists. Now, all the supplies of the city are carried out only by air. Russian planes drop provisions, essential goods and water for civilians, as well as ammunition and fuel for Syrian military.

Fighting is ongoing near of Deir ez-Zor. The army tries to break through the blockade of the cemetery.

It is ridiculous that seven months after the USAF attacked SAA , this critically important city has not been fully reclaimed .

The irony if it. Every time this happened involving the US the idiot ruskies would scream the US US arming terrorist.

When it happens constantly every-time the terrorist are near defeat somewhere, that is shady. When it happens on a small scale every 5 or 6 months, that is more believable. Some US shipments accidentally fell in ISIS hands. Many others were delivered, not by regular US military, but by CIA-contractors working within the US military. Their is a difference.