Four members of the Islamic State (IS) terrorist group, including their security commander, have been killed in an attack of artillery units of the Syrian Army in eastern Homs. 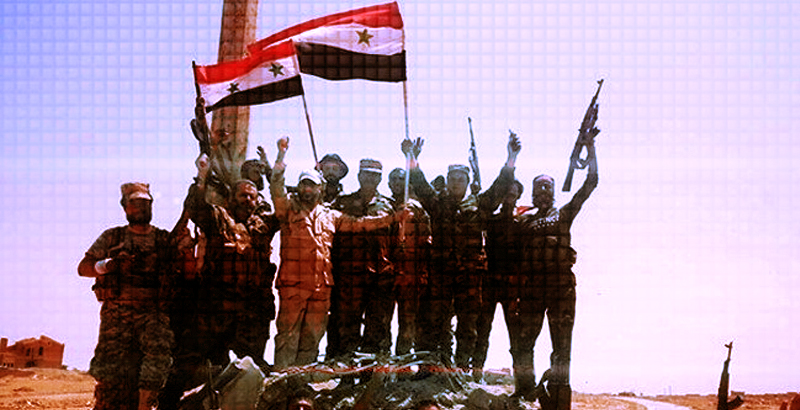 Bases of the Islamic State (IS) terrorist group, located in eastern Homs, were shelled by artillery units of the Syrian Army. As a result, at least four members of the group, including IS security commander, were killed, while over a dozen of others were wounded.

Chief of security of the IS in Homs, known as Abu Hafs al-Mashrifi, who usually headed security operations of the group in the province, was among killed terrorists in Huweises village, located in the east of Homs. According to the Fars news agency, a source, close to the IS, also confirmed the death of the terrorists’ leader. Reportedly, two vehicles and a tactical unit of the group were also destroyed in the attack.

At the same time, on Thursday, command centers and hideouts of the IS and Jabhat Fateh al-Sham (previously known as the al-Nusra Front) were also pounded by the Syrian Air Force and country’s troops in the northern and eastern parts of Homs. As a result, terrorists suffered heavy losses.

The Syrian Army attacked positions of IS terrorists, stationed in the northern parts of Katiba al-Mahjoura, Be’r al-Fawa’er and Jahar in the west of Palmyra (Tadmur) in eastern Homs. A number of terrorists were killed in the attack and about 10 their military vehicles were destroyed.

Terrorists’ positions in Talbiseh, al-Rastan and several villages in northern Homs were also targeted by Syrian troops. As a result, military bases of terrorists were destroyed and tens members of the group were killed.

Meanwhile, gatherings and command centers of the Jabhat Fateh al-Sham group, located in the northern parts of Ezz Iddin village in northern Homs were pounded by the Syrian Air Force. As a result, dozens of terrorists, including one of their commanders, Abu Odai, were killed, while their military equipment was destroyed.