ISIS have retreated from 6 more villages in the Arsal area at the Syrian-Lebanese border under the pressure of the Syrian Arab Army (SAA) and Hezbollah.

The advance was actively supported by the Syrian Arab Air Force. 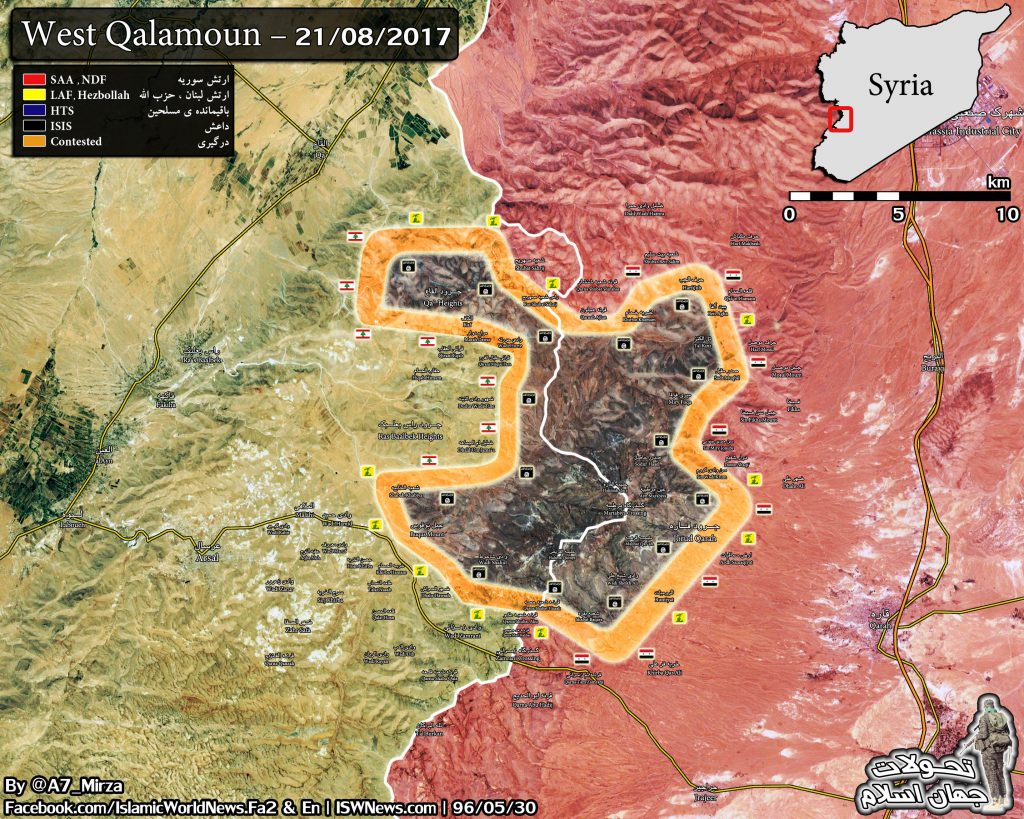 The Orcs will have to move underground!

what is the importance of this area for isis? there’s nothing there, just desert & mountain.

last man standing, as they promised, an example for the young extremists from EU

While it is mostly mountains, it is of strategic value as it is an enclave that is easy to defend and not very far from the inhabited regions around it. These mountains also hold a lot of water and other resources for a guerrilla group, before major climate changing occurred from deforestation, these mountains were abundant in wild life as Syria had wolves and its own Syrian brown bear, a very small cousin to the grizzly bear. More than just desert is keeping these people here. Either way they need to be exterminated because they are a bit to close to comfort to surround Christian villages.

Many may not see the importance of this region, but they used the region to smuggle drugs and arms through this region and it’s end would be a good thing.