ISIS terrorists have regained the Hayan Gas Company area from the Syrian army and the National Defense Forces (NDF) west of Palmyra in the Syrian province of Homs.

Heavy clashes in the area had been ongoing for few days and the site switched hands several times As a result the army and the NDF were pushed to retreat under the pressure from ISIS units.

Now, government forces are regrouping in the area of Majball Asphalt.

It looks like that Desert Hawks fighters were not involved in the battle for the Hayan Gas Company. 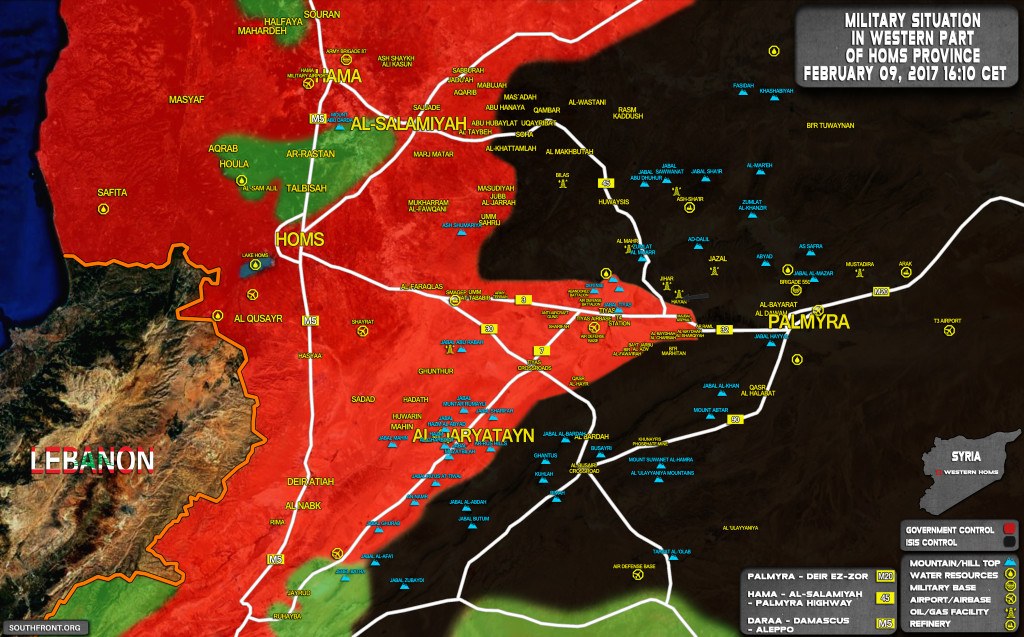