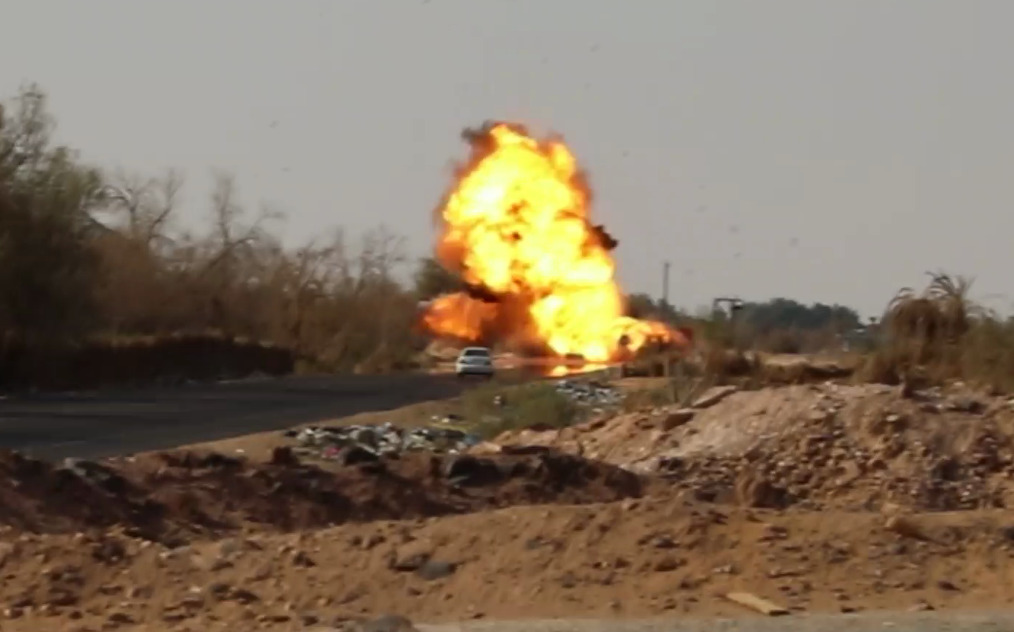 The suicide attack, which took place on June 6, targeted a checkpoint of the Libyan National Army (LNA) to the north of the city of Sabha. Four people, including Cpt. Ibrahim Abdel Nabi Director of Criminal Investigations in Sebha, were killed as a result of the attack.

Amaq footage shows the suicide vehicle-borne improvised explosive device, a pickup, blowing up in a large fire ball inside the checkpoint.

ISIS identified the suicide bomber as Mohamad al-Muhajir without providing any further information about him. His nickname “al-Muhajir,” meaning “the Migrant” in Arabic, indicates that he was not a Libyan citizen.

The terrorist attack proves that ISIS cells are still operating in the southern and southwestern parts of Libya. These regions are slowly turning into a stronghold of the group, like the al-Anbar desert in western Iraq, the Homs desert in central Syria and the Sinai Peninsula in Egypt.

Most, if not all, of the terrorist group’s recent attacks targeted the LNA and its security forces. The army is the most active party against the group in Libya.

This is how ISIS treat their dumb animals. I bet the guy could barely drive the truck and even his mother couldn’t have cared less.

Back in 2014 I watched a video of a barely teenage ISIS kid doing a “martyr” video before driving off in a captured Humvee to blow himself up at one of Amerikastan’s puppet Iraqi Army positions. The boy had two black eyes. He was probably beaten until he agreed to be a kamikaze.

Looks like a job vacancy for jens the dumb troll. I am sure he would excell at this and after 13 successful missions he could retire as an Emir .. Com’on jens give it a go , you might surprise yourself how good you are .

15 successful suicide bombing missions gets one the Gold Scimitar of the Knight’s Scimitar with Crossed Stars of David, Headchopping Knives and Diamonds.