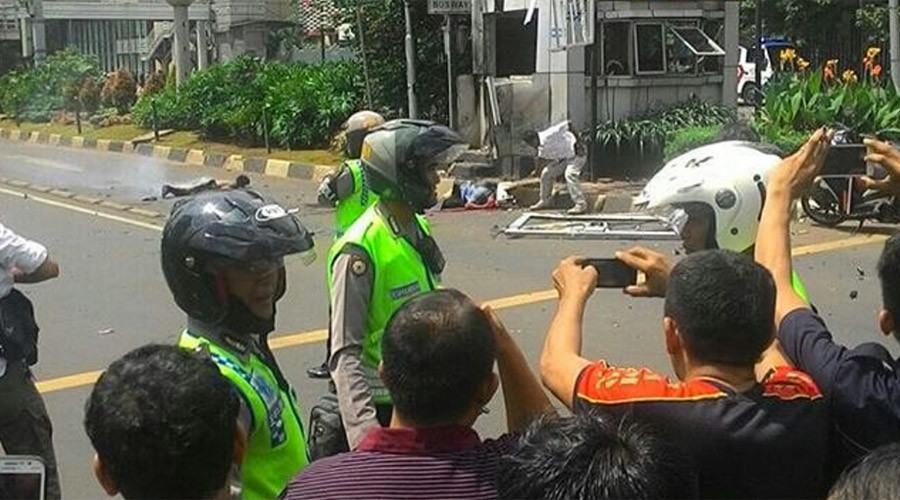 A series of blasts targeted the center of the Indonesian capital, Jakarta, in an apparent terrorist attack involving suicide bombers.

Local residents report casualties and exchanges of gunfire with police.

7 people have been confirmed killed in the attack. A Dutch national working for UN was among the dead.

According to the Jakarta police the explosions went off in front of the Sarinah shopping mall. Attackers arrived on motorcycles and threw grenades.