The ISIS pocket northwest of Al-Raqqah is shriking under the pressure of the Kurdish People’s Protection Units (YPG), backed up by the US-led coalition’s airpower.

On January 11, US-backed YPG forces seized the village of Ayuj and encircled a batch of ISIS-held villages northwest of the Syrian city of Raqqah. On January 12, YPG units also took control of the villages of Aleumr Ali Atshanat, Kurmanjo and Wajuma.

Following this, YPG units will, for sure, took control of the rest “ISIS-held” villages southwest of Ayn Issa. However, most of ISIS units had already withdrawn from the area, according to local sources.

Clashes are also ongoing in the village of Suwayda Saghirah which had been seized by ISIS earlier this week. 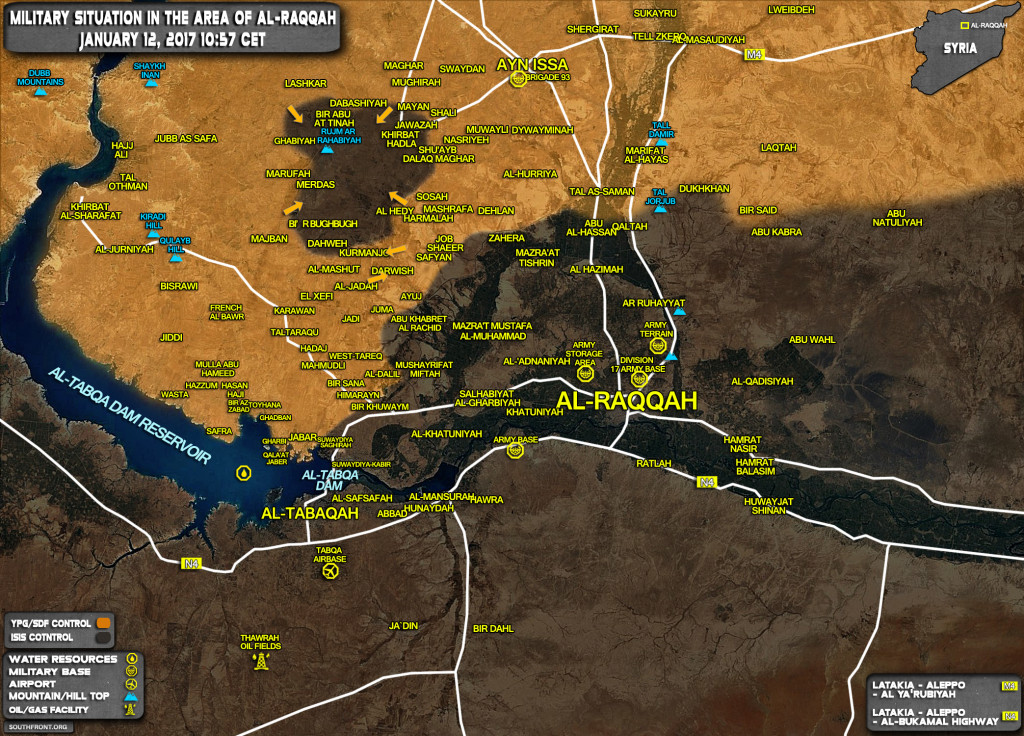