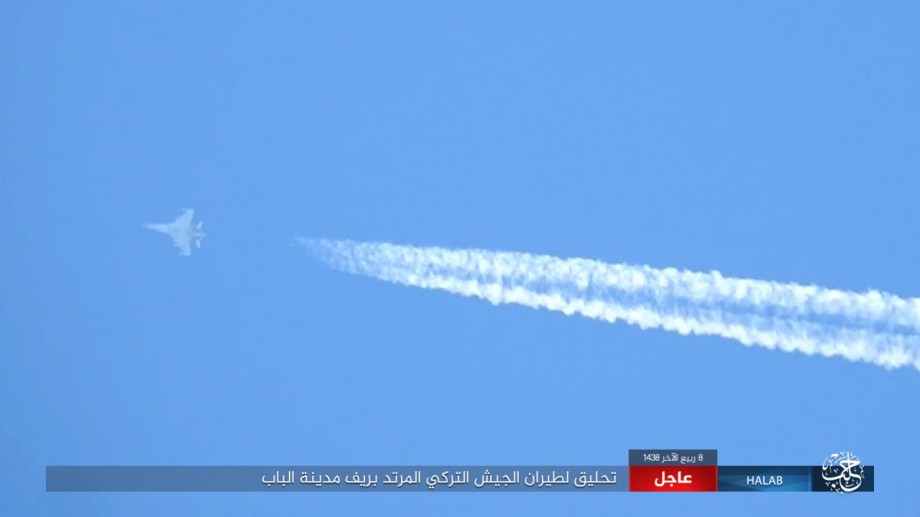 Pro-ISIS sources have released a fresh photo-report from the area of al-Bab where the Turkish Armed Forces and pro-Turkish militant groups have been attempting to break ISIS defenses near this key Syrian town.

An alleged photo of the Russian Su-35 multi-role fighter (UPD: this also could be Su-30) was also released. According to reports, the multi-role fighter was operating in the area, supporting Turkish forces advancing against ISIS.

If this is confirmed, it will be the first real evidence of reports that Russia provides an air support to Turkish forces in northern Syria.

More photos of clashes for al-Bab from the ISIS side: 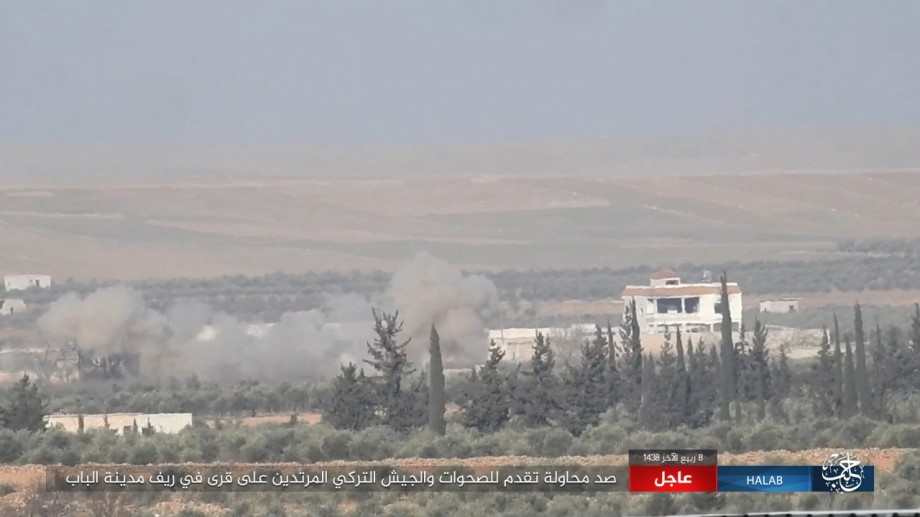 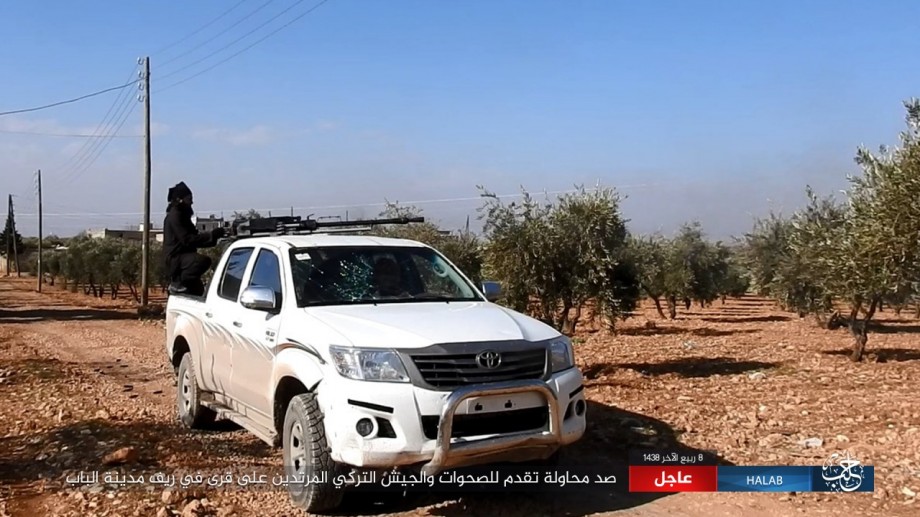 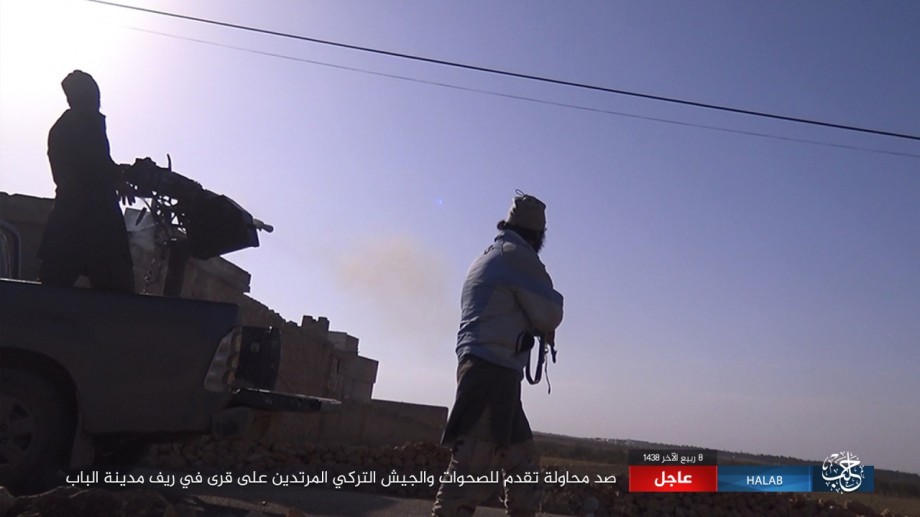 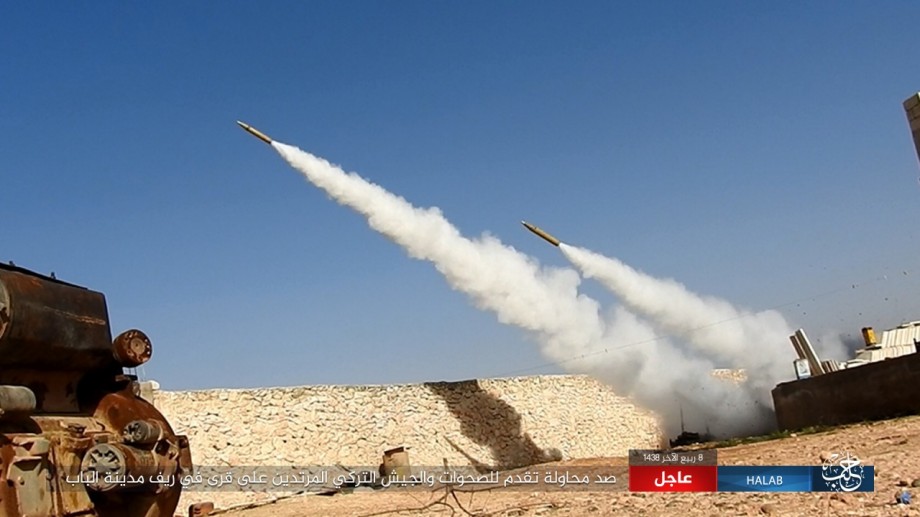 the pic in itself says nothing. First of all, no evidence of the depicted plane dropping munitions is presented. Second, coincidentially, it’s a SU-35 in the pic, which among all the aircraft types deployed by Russia in Syria is the one most oriented towards Anti air warfare. It would not surprise me if these aircraft would be doing some patrolling or escorting in an area where there is a confirmed presence of the Turkish air force. Thirdly, I feel that somebody has a kind of urge to prove that Turkey is acting together with Russia in the area, and that’s an urge who have been all over some turkish medias of late, but not on russian ones.

The photo depicts a single engine plane and its’ tail is not a SU.

Our opinion is in the article. Most likely, it’s a Russian Su-35 multi-role fighter.

Sorry but when asking for your opinion it was related to the photo at that web address, not about the article. Tried to enhance you picture and it is not very clear and it would be difficult to confirm whether it is a SU35 or not. Why I doubt that it is a SU35 is that the front section to the wing is small and the tail

it’s a Sukhoi 27 derivative, there is no doubt about that. You should google about the design of the aircraft as seen from below. The only other aircraft it could be is the SU-30, although it’s less likely than a SU-35. Rudders are not in view as they are vertical, and moreover obscured by the fuselage.

You are right. It also could be the Su-30. The post is updated. Thank you.

Live map says it has confirmed it’s an f-16 and not SU-35. Problem is, F-16 has one extremely large air intake very far forward, the SU-35 has 2 smaller ones located farther back identical to the ones depicted on the blown up pic. provided by Southfront. I call it an SU

Live map could well have said it is a civilian Boeing 767 and there would be lots of ppl believe it too.