A squad of women of the Islamic State terrorist group has tortured to death a 10-year-old Iraqi girl for the crime of going outside without an escort. 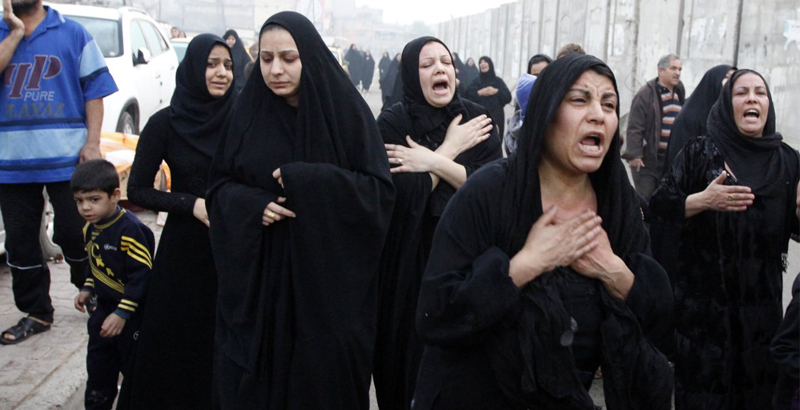 Members of the Islamic State (IS) terrorist group tortured to death a 10-year-old Iraqi girl, living in occupied Mosul city, the UK Daily Mail newspaper reported. The little girl, whose name was Faten, was killed with iron fangs in front of her mother for the crime of going outside without an escort.

According to the newspaper, the murder of the kid was committed by a squad of women working as the hisbah (morality police) for the IS’s all-woman Al-Khansaa Brigade. Reportedly, Faten was helping to clean her house and accidentally stepped outside of the house.

‘Morality policewomen’ said that this was a transgression of Islamic law that should have been punished with a certain number of ‘bites’. They offered the girl’s mother to endure the punishment on behalf of her daughter. However, the woman refused and let her daughter take the punishment.

The Al-Khansaa brigadiers took a medieval torture device, shaped like a set of iron fangs, and started to use it on the body of Faten. Ultimately, the little girl bled to death from the inflicted wounds.

This and other terrible stories of life under control of the IS in Mosul were told by a woman, who fled from the city, during her conversation with the Sputnik news agency. According to the woman, she knew at least two young girls, who were killed with the iron fangs in Mosul. The woman also noted that the ‘morality police’ whips women in the streets, if they do not wear the mandatory full-body covering, adding that at least one woman died after 30 lashes, received by her for such an offense.

The report on the murder of Faten echoes some earlier reports about similar torture, conducted with usage of a device, described by other sources as a “biter.” In 2014, it was reported that the hisbah used the biter apparatus, which caused “severe pain and wounds, [which] may lead women in some cases to be transported to the hospital.”

In December 2015, there was a report about killing a woman for breastfeeding in public. The murder was also committed by the ‘morality police’ with usage of the same torture device.

Wahabbism is a disease. It needs to be cleansed like Smallpox was.

And what can be done , at the moment the US is still backing Saudi Arabia as an ally , rather than seeing that this Wahhabi and Salafist “Kingdom” is the source of this medieval ideology .

I dont belive anything what daily mail or some other msm shit publish.

True could very easily be made up, and probably is cuz why not. It’s western media.

Pig skin sewn skirt performs all post-bearded Muhammad idiota, go to the 72 virgins a brothel next to my womb.