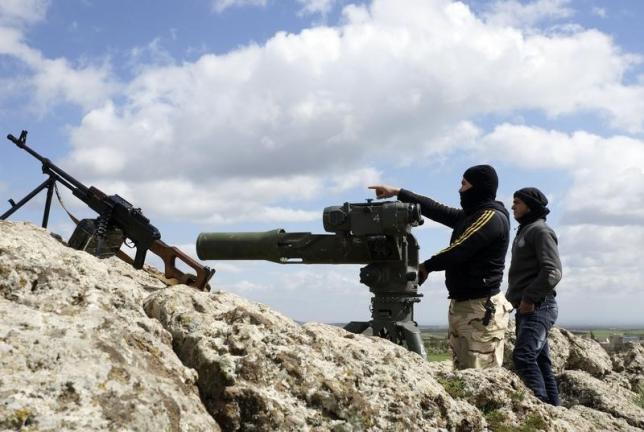 A rebel fighter of the Southern Front of the Free Syrian Army gestures while standing with his fellow fighter near their weapons at the front line in the north-west countryside of Deraa, March 3, 2015. REUTERS/Stringer

The confusion is over: the Islamic State of Iraq and Al-Sham (ISIS) is attacking the Syrian Arab Army (SAA) in southeastern Aleppo; however, they are not alone, thanks in large part to the joint effort from the Free Syrian Army (FSA) and Jund Al-Aqsa (Syrian Al-Qaeda group).

ISIS and the Islamist rebels share control over the small village of Rasm Al-Nafal, along with 2 other points on the Khanasser-Aleppo Road that they captured in a simultaneous assault on the National Defense Forces (NDF) last night.