During 2016, the Islamic State (IS) terrorist group lost 17,600 square kilometers of lands in Syria and Iraq, which were controlled by it before. 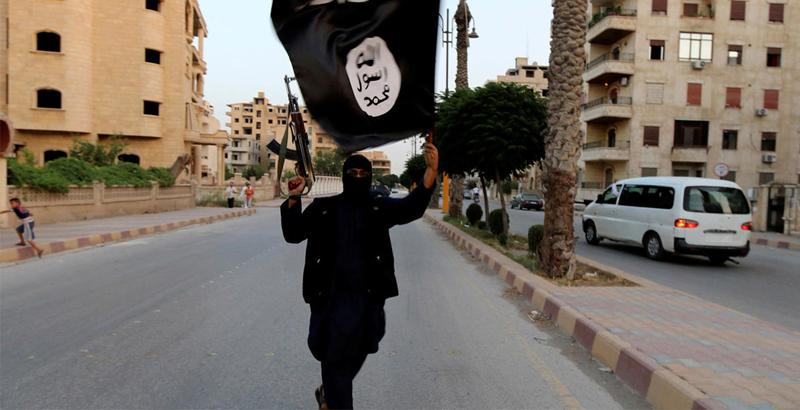 In 2016, the Islamic State (IS) terrorist group lost control over almost one fourth part of territories in Syria and Iraq, which were controlled by the group before, the IHS Markit research company reported on Wednesday.

“The Islamic State suffered unprecedented territorial losses in 2016, including key areas vital for the group’s governance project,” a report of IHS Markit reads. 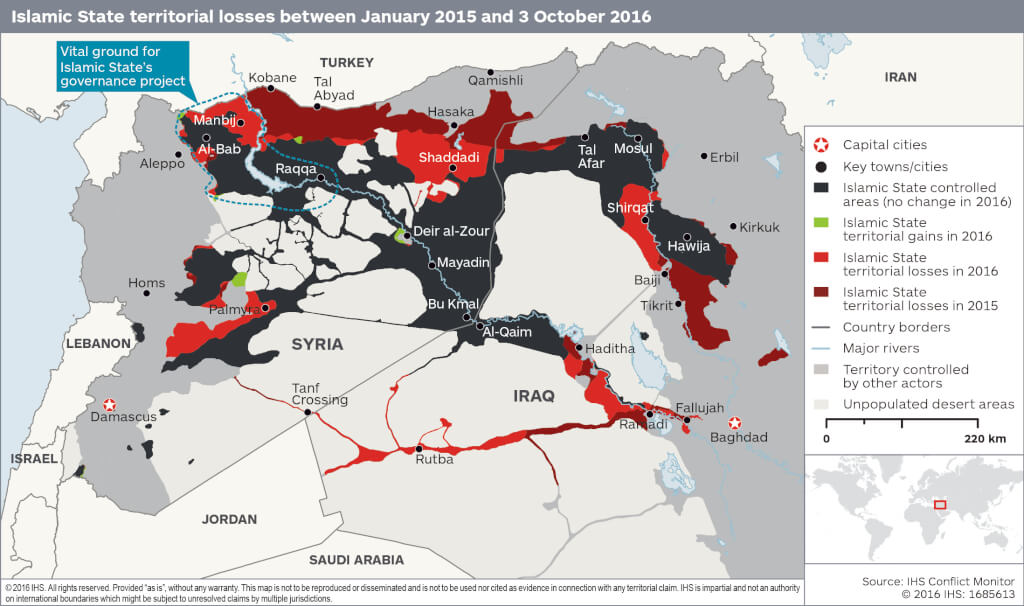 The report also notes that disagreements within IS ranks is increasing, as the terrorist group faces territorial losses and theological disputes. The IS “is internally divided into two opposing doctrinal trends: the mainstream view drawn from Turki al-Bin’ali, and the more extreme interpretation following the ideas of Ahmed al-Hazimi.” According to IHS Markit’s experts, the theological disputes have increased the risk of defections from the IS to rival extremist groups in Syria, as well as the risk of the potential internal break-up.

As the report reveals, the ongoing military operation to liberate the Iraqi city of Mosul from the IS, conducting by the Iraqi Army and Kurdish militia, supported by the international coalition, can be successfully completed within a few months, in particular, by the “second half of this year.”

At the same time, according to IHS Markit, liberation of the IS capital in Syria, the city of Raqqa, is more difficult task. “Raqqa represents the core of the Islamic State and they are unlikely to leave without a fight. It would probably take a major ground intervention by one of the main external players, the US, Turkey, or Russian and Iranian-backed Syrian government forces, to expel the Islamic State from Raqqa in 2017,” the report reads.