ISIS militants took advantage of the break in the US-led coalition’s advance against them in Raqqa by attacking Palmyra, being sure that no airstrikes will be conducted by Russia. 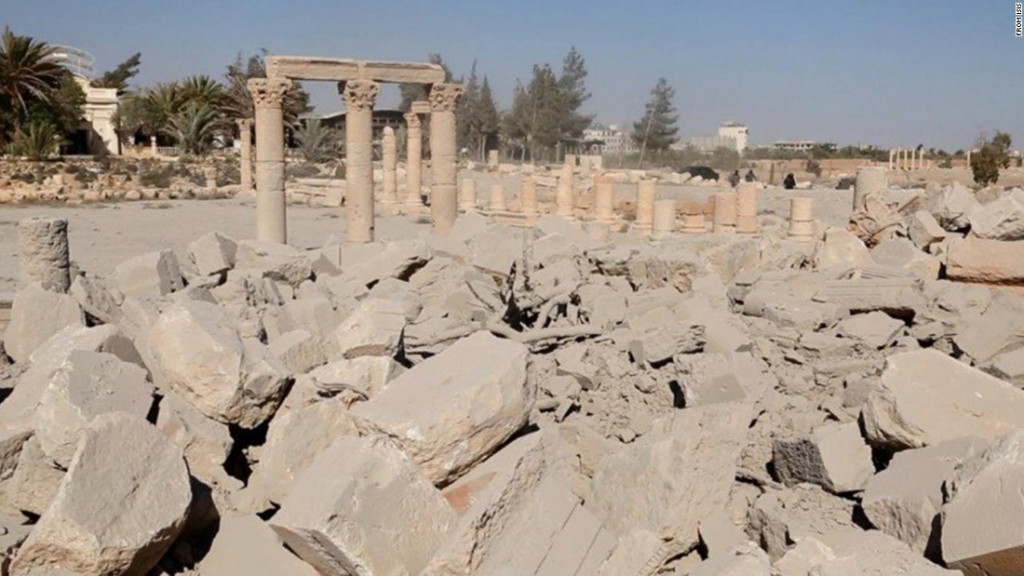 IS fighters managed to reenter Palmyra after moving considerable forces from Raqqa after the US-led coalition stalled the offensive of Arab and Kurdish rebels. The Russian Defense Ministry made a statement saying that these actions have proven us that IS militants should not be given additional chances to regroup.

“Seizing on the suspension of active military action near Al-Raqqah till spring by the US and international coalition, Islamic State devoted considerable forces to storm Palmyra,” the ministry spokesman Major-General Igor Konashenkov said on Monday.

According to Konashenkov IS fighters were aware of the fact that Russian Air Force would not conduct airstrikes in Palmyra’s residential areas, and ‘’used that to reinforce their attacks’’

Intelligence data showed that after arriving in Deir ez-Zor and Al-Raqqah from Mosul, up to 5000 IS armed fighters have been moved there.

“More than 5,000 militants in total took part in the offensive,” Konashenkov said, stressing that there had not been so many IS fighters near Palmyra until last Thursday. “It is obvious that the terrorists concentrated near Palmyra were sure that the military action [against them] in Al-Raqqah would not renew,” he said, while observing the situation in Palmyra shows that no “break” should be ever given to IS fighters, as they “use it to regroup and strike unexpectedly.”

Even though, the city was liberated, the terrorists are again trying to attack it from the northern, eastern, and southern sides. Over the last week, they managed to capture several high grounds in proximity to Palmyra. According to Syria’s SANA news agency, their perceived goal is to capture al-Amiriyah town northeast of Palmyra and a nearby industrial area.

Please, Russia stop talking and act. The words will not reconquer Palmyra and nor stopping ISIs from moving forward, highlighting so your incompetence and your inulity as a reliable ally of Syria. Please more action and less talk.

Russia has done a great favor to the entire world killing terrorists like nobody’s business.

Its time to take honor back again. The world is watching. You own the airspace so bloody use it. They can not be invisible these ISIS or?

This time Konashenkov has said really stupid stuff. Where was the russian intelligence (satellites, drones, planes…)? It’ s rather not very diificult to notice thousands od terrorists driving with tanks, cars throught a desert But perhaps mr Kerry friend – mr Lavrov have agreed with him that the russian aviation won’t be active east of Palmyra. This would explain the loss of Palmyra and the total “free hands” of Americans in that area

russia drop the ball here butt ISIS was very lucky with the weather, extreme dense fog which stretched for miles. The loss of ground around tyas airbase is something far more worrying the troops from palmyra and the reinforcement are placed around tyas airbase and still the are losing ground.

SAA units and command need to do better job of holding the grounds as Russians can not do everything for them.

There is a directional change but not in Russain resolve its more to do with Iranians. EVen right now Russain AF choppers and jets are defending T4 base but if ground troops are not ready to defend or attack they will be a lost cause. This desert area can only be saved by attacking ISIS not defending territory when there is a significant lack or manpower.

This is very demoralizing and discourage to put soldiers life on stake for Kerry NATO cease-fire agreements.Syria invited Russia Lavrov invite Kerry and Putin invite Erdogan no what is the use to fight instead of give up so that ISIS and Nato can kill like their want.

I know chemical weapons are banned, but since the city is abandoned would it really be a big deal to just gas these ISIS cockroaches in Palmyra? It’s in the middle of a desert anyway, so you could protect the historic ruins and people’s houses without harming anyone.

“Even though, the city was liberated”

So much for the vaunted military technology beating ISIL, the need is for a ground superiority of at least 5 to 1 to search and destroy but who is willing to throw those numbers into the field. The cost and logistics is not for the feint of heart and the reward is what? A reconfiguration of Middle Eastern religious and tribal squabbling that defies Western understanding or basic logic. Maybe one should let the IDF deal with the problem