Today morning, the ISIS terrorist group has launched a major assault on the government-controlled Badr Base at the southeastern countryside of Syria’s Dumayr city.

Different soources report about heavy clashes in the area.

Dumayr is a city located 40 kilometers north-east of the Syrian capital, Damascus. The Syrian Arab Air Force Al-Dumayr Military Airport is located there. 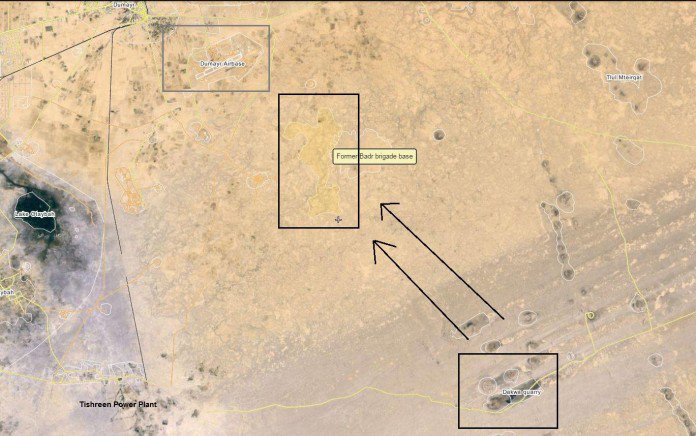