The ISIS terrorist group has launched a counter-attack against the Kurdish People’s Protection Units (YPG), backed up by the US-led coalition, in the Syrian province of Raqqah. ISIS units advanced on YPG positions near the villages of Himarayn and Al-Dalil.

Intense clashes are now ongoing there.

Earlier today, YPG forces pushed ISIS units from the area of Jabar, setting a foothold for an advance on Suwaydiya Saghirah. Ich hope the Kurds will kill every Single jihadi

Of course ISUS wants to hold open its’s northern road. Al Tabqa Dam area may be a tough nut to crack, and should be left alone for now. Maybe continue to straighten out Kurd lines between Al Jadah and Dehlan. It’s not a race to the finish line. Economy of force and better lines of communication, and then another push towards Al Raqqa or Tabqa. 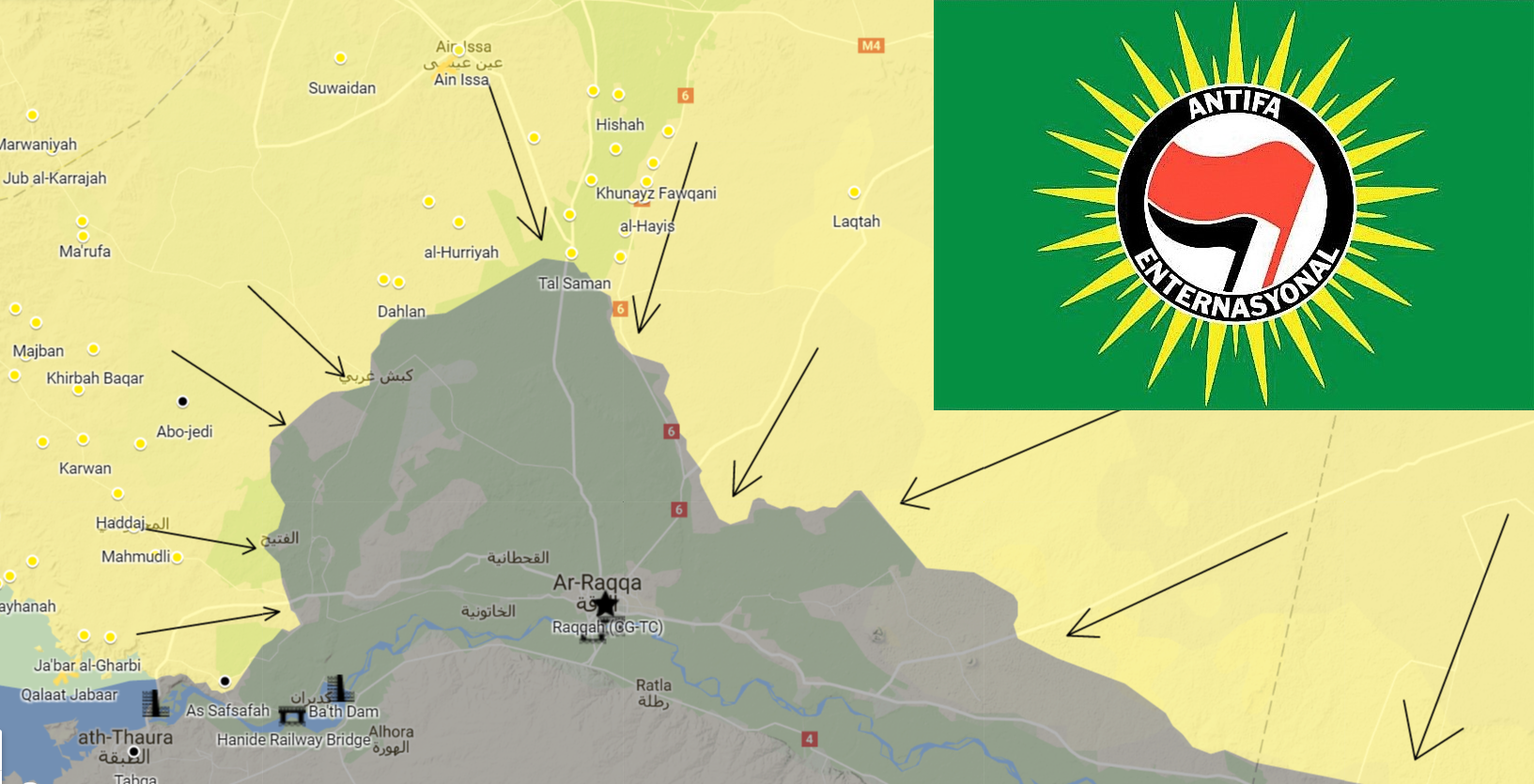 Is this map from reliable source? The front lines are way different than map above dated january 6. I don’t think the Kurds can move that fast in 24 hours!!

it’s not a map of today’s situation, but rather a map of what people think the Kurds are aiming for.

As far as I know the counterattack was repulsed with heavy losses for IS and the advance of SDF continues.

SDF is shortening their lines and clearing the are in front of Tabqa dam. They would not like a counterattack in the back while taking on Tabqa dam.

I would not be surprised if, at the time the attack the dam itself, they will use the same ponton boats they used to cross the Euphrates earlier again a few miles from Tabqa city to the west so as to draw fighters away from the dam and to be able to attaçk from both sides, a strategy the SDF favours.