The ISIS terrorist group has been driven from Manbij’s city center by the US-backed Syrian Democratic Forces (SDF). Now, clashes are ongoing in the northwestern part of the urban area, including the Jarabulus road and the agricultural school. Pro-Kurdish sources report that a significant number of civilians have been taken hostage by ISIS militants.

On August 8 the SDF announced that the city center and about 90% of Manbij were liberated from ISIS. The SDF also offered ISIS militants a free passage from the city if civilians were freed 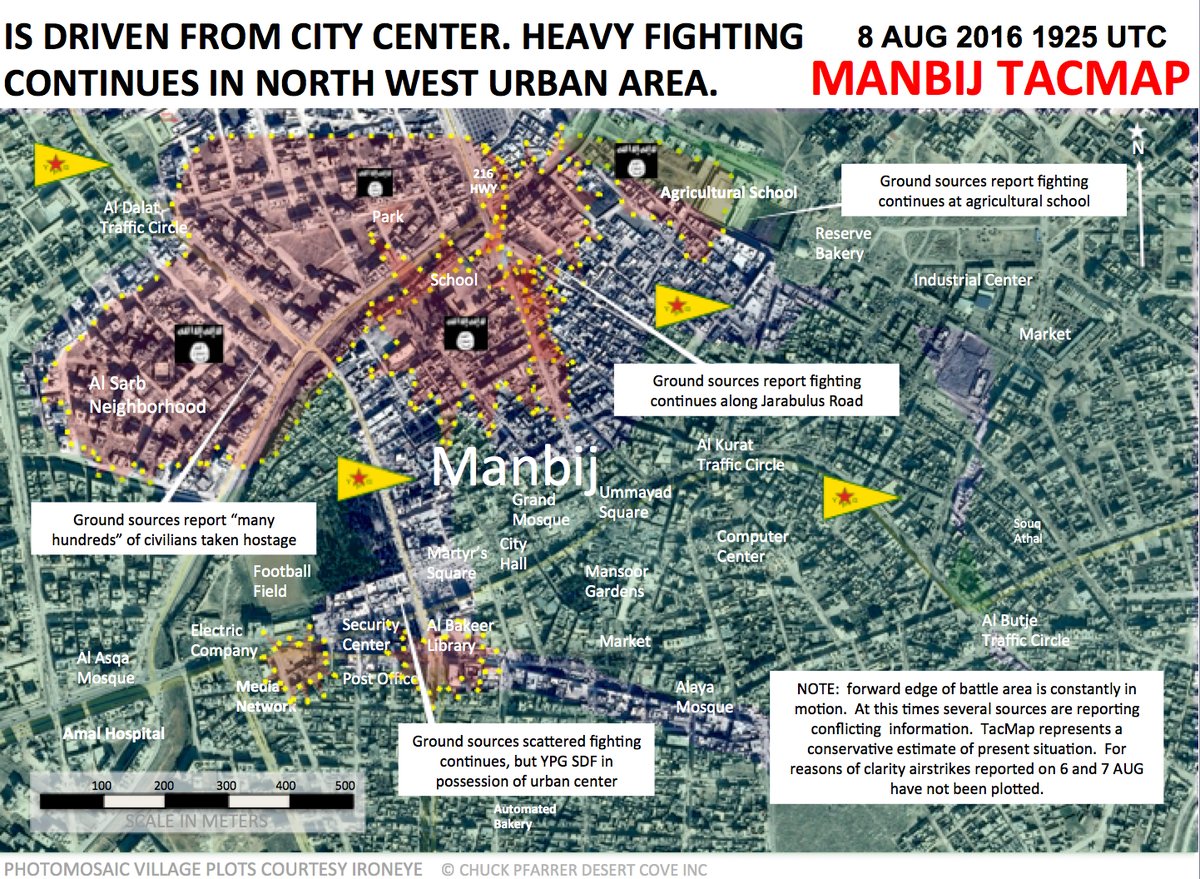 please kill the IS roaches. thank you.