US intelligence agencies believe that the terror militia IS has already selected more terror targets in Europe. Whether these plans, after the raid in Brussels, are still current is unclear. 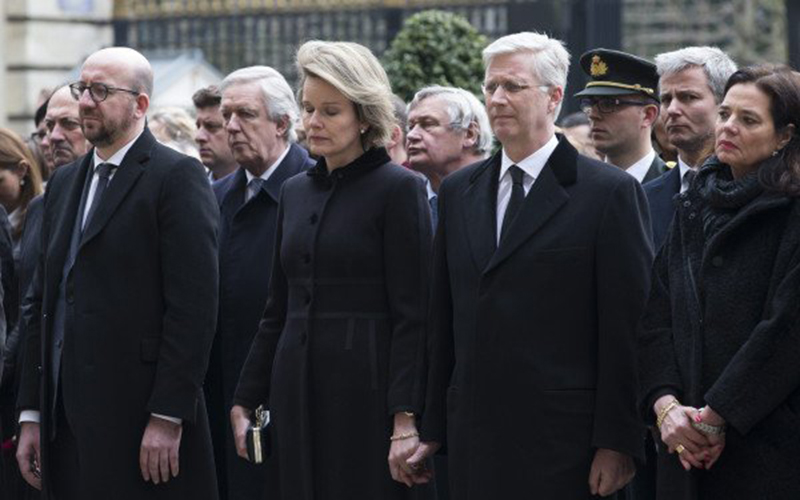 US security agencies according to a CNN report, have information for further attack plans of the Islamic State (IS) in Europe. An evaluation of electronic communication and statements from informants demonstrate the presence of several possible targets that members of the terrorist militia have selected in recent months, the station reported, citing security circles of the United States. There were talks of plans in different phases. Information that had been obtained in an apartment after the Brussels attacks, pointed out that several additional targets had been chosen, the station reported.

In connection with the attacks in Brussels, six people were arrested in the Belgian capital on Thursday evening. Three of them had been detained “on our doorstep”, said a spokesman for the prosecutor in Brussels. Whether among them were some of the fugitives accomplices of the assassins, was initially unclear. The attacks on Tuesday killed more than 30 people and injured another 300.

Three of the assassins who had blown them self up at the airport and in a subway station, have now been identified. The search for at least two other offenders, who were seen on surveillance cameras, was still going on.

The Belgian security services have been massively criticized since the Paris attacks in November, because they were prepared in Belgium. Several Belgian media outlets have speculated that the country has escaped an even greater disaster. Possibly attacks were planned like the Parisian model, where 130 people were killed in November. In Paris several assassins had also shot with firearms at guests at restaurants and cafés.