On July 28, fighters of ISIS crossed the Euphrates River and launched an attack on several positions of the Syrian Arab Army (SAA) and its allies around the towns of Hasrat and al-Majaudah in southern Deir Ezzor countryside, according to the Syrian Observatory for Human Rights (SOHR).

In details, ISIS fighters launched their attack from the town of al-Shaafah on the eastern bank of Euphrates River after shelling observation posts of the SAA along the western bank. The UK-based monitoring group said that several fighters from both sides were killed in the clashes.

This is the second attack of the terrorist group in the southern Deir Ezzor countryside this week. Two days ago, ISIS fighters ambushed and killed eight fighters of the National Defense Forces (NDF) southeast of the border city of al-Bukamal.

Recently, the remaining fighters of ISIS in the eastern bank of the Euphrates River stepped up their attacks against the SAA and the US-backed Syrian Democratic Forces (SDF). Earlier this month the US-led coalition said that it will launch a military operation along the eastern bank soon. However, this is yet to happen.

Zionist,isis terrorists getting a free ride again,instructed to do as much damage as possible.Looks like the SAA will have to destroy these scumbags that work for jewSA.

Once again I remind that there’s no activity of ISIS in or from the Deir Ezzor desert, what proves once again that the SAA declaration, about having cleaned up this zone, was a correct declaration. What isn’t correct is the size of the ISIS zone of operations, on the usual map, here, of the general situation.

The SAA hasn’t done anything as usual against ISIS in the Hama Desert except shoot back when attacked. That region is still full of ISIS fighters and families who’s only escape route is across the southern border into Iraq and Jordan, including those along the east bank of the river. The SDF has a series of watchtowers along the border to monitor any movements out in that desolate desert and Iraq is now doing the same west of the river since the SAA failed to secure the border west of Abu Kamal with a series of garrison posts. They can call in coalition air power to wipe out any vehicles that don’t have any business being out there.
These cross-river attacks by ISIS probably are diversionary raids so their members can slip across to the Hama Desert.

I think you means the Homs desert. The russians have already called the attention to the strange fact that, now, ISIS has almost only activity near occupied zones by US of A.

R&R is over for Isis,they have been well looked after by their Zionist bosses.And now they must get back to work,and earn their blood money.

Looks like they are getting Desperate at their current positions…or the U.S. gave’m some extra Dollars…

If this is true, WTF is this?. You have a fair sized river and you didn’t defend it + you allowed that small vermin pocket opposing you over the river.

That is it, eliminate it SAA or get the SDF to get on with it.

SDF is already getting on with it, only first they change uniforms, before they attack SAA, along with their handlers.

I shouldn’t laugh at that, but: 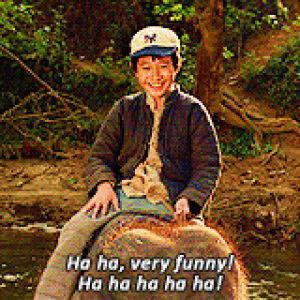 And STILL they keep coming!!

Like in Mexico los bandidos (since ever), and still they keep being killed by the SAA (not really as los bandidos in Mexico). Why you don’t join them, there, to feel the experience?

It seems that you have ‘ Penis envy ‘ for your ISIS pals Ed.

Try taking Captigon like they do and your Israeli boyfriend will be a lot happier.

They ain’t my pals and I don’t have an Israeli boyfriend! I’m just always impressed and amazed with how these guys just can’t seem to be defeated despite a worldwide coalition attacking them daily and despite the fact they have lost almost all of their territory, they don’t lay down their arms admit defeat and surrender, they just carry on fighting regardless!!! Their sheer resilience and determination is staggering. Surely you must find that impressive in a way?

there’s nothing impressive, most of their determination equals to kill civilians.

When the SAA comes forward, they put up white hats and let israel evacuate them.

Also, 99% of news about raids and attacks on the SAA comes from their own agency Amaq or the SOHR.

As impressive as the hashashins. This article isn’g great thing but gives some information about those bandits: https://en.wikipedia.org/wiki/Assassins#Downfall_and_aftermath

That’s the power of captigon and similar drugs along with the serious mental issues of those who would burn people alive in cages.

Every nation in the world has always had and will have such sociopaths and ISIS /Al Nusra has been todays magnet for such people ,together with a small ( I hope) proportion of the worlds special forces.

Time to pull your pants up…and tell them the party is over….

At this Point cuz.
Daesh are just being annoying.
But look at your Watches folks.
Time is running out.

UK based monitoring group: a guy with a cell phone in a London suburb who hasn’t visited Syria in a decade because he is persona non grata.
The fact that one news source after another keep quoting him is an indication of how dismal reporting on the events inside Syria really is.

he’s even been indicted for jihadism in Jordan, which is enough said.

Gee… Go figure that the US run SDF on the northeastern side of the Euphrates would ‘allow’ these fraud US run “ISIS” forces to cross the Euphrates River to attack the SAA near Deir Ez-zor….. I do wonder who supplied them with their weapons and ammunition for this attack? Gee… I do wonder…..

Weapons, ammunition, food, suverlance and the list goes on & on. They are paid terrorist as well. Without the West that created them, funding them, they would be gone. Their is no such thing as the civilized world. Killing millions, for the benefit of a few, is a history proving fact.

Assad’s father would have killed them all, and their families.
It sounds nasty, but when Hafez Assad did it, the US backed insurgency(1975) immediately collapsed.
Imagine how many lives could have been saved, if Bashar was as ruthless as his enemy(USA) and his father.

These jihadist idiots must have passed through US held lines. US cuckoo forces have found that it helps to point their stupid patsy’s in the right direction.