On August 10, five fighters of ISIS attacked a position of the Syrian Arab Army (SAA) around the town of al-Hasrat, which is located on the western bank of the Euphrates River in the southern Deir Ezzor countryside, according to the ISIS-linked news agency Amaq.

The terrorist group said that one of the attackers managed to blew himself up inside the position, while the rest retreated after hours of clashes. Amaq claimed that several soldiers were killed as a result of the attack.

In the same time, ISIS’ tank hunters destroyed a battle tank and vehicle of the SAA near al-Hasrat with an anti-tank guided missile (ATGM) and a rocket-propelled grenade.

The Syrian state-run media and pro-government sources have not released any report regarding the supposed attack, so far. Furthermore, opposition sources didn’t confirm ISIS’ claims as usual.

Last week, ISIS launched two attacks from its strongholds along the eastern bank of the Euphrates River on the SAA’s positions in southern Deir Ezzor. These new attacks confirm that the terrorist group is still hoping to re-establish a foothold on the western bank of the river, which was full secured by the SAA and its allies in late 2017.

I love your handle.

he handling just like you?hold it tight all yours

I am a good fisherman! Look!.. I caught another tough guy-Osmanli!?

Ali pasha? My roots? Who the fuck is he? You should check your roots? Maybe if i scratch you i will find out you are a descendant of forced -convert greeks like erdogan? What? ..you thought i did not know?

I live and breathe Turkish history and that of your oghur brothers in xinkiang. Go to school before you come to speak to me.

Sadly these kind of attacks will not end until their master the USA is destroyed.
All the evil, whether it comes from Saudi Arabia, Israel, Ukraine etc, exists because Washington wishes it.
To use the Lord of the Rings as an analogy, the Orcs are everywhere, but they come from Mordor, the USA is Mordor.

you mean, the attacks that only amaq claims to happen and that sf always reports?

I mistook a previous comment by you – I thought you were insulting https://www.almasdarnews.com/ . Apologies.

I don’t believe that the yanks have all that much power they are used as the hitman by the real hidden powers which seem to be centralized in Europe and possibly isreal . remember real power is hidden real wealth is hidden

as
Reply to  roland

Real wealth in form of materials can’t be hidden which is why they attempt to dominate the middle east where oil residing in the lands at large. The other wealth which is wisdom that can be hidden away. The wisdom just couldn’t be projected without materials and as such it can’t be hidden completely.

roland
Reply to  as

No it’s older model diesels that are banned from entering several cities.

Was happy to notice many types of electric trucks and other delivery things on wheels while I visited.

You can call me Al
Reply to  Southern

Sorry Southern, in Europe by 2040, it includes petrol as well.

as
Reply to  roland

It is. Every industry vital for economy and military development need the carbon energy. Otherwise they had to resort to nuclear reactors. It’s not about their self need it’s about their industrial and military domination. Why the Japanese attacks pearl harbor again ?

Not just that, check this out and I reckon you may be shocked:

Yes, and this is why talking about electic cars making oil absolete is pure nonsense.

Absolute BS….. now do you get the electricity ?.

Yes. There are clean ways to produce electricity but % of that in total amount produced is minimal.

You can call me Al
Reply to  roland

An enlightened man roland. We will always need crude, but in the ME, I believe it is all about water (+ power and all the other good stuff). My view only.

Syria and Iraq may go to war against Turkey if Erdogan severely restricts the flow of water down the Tigris and Euphrates.

You’re back to front, the zionist occupation is being used as a Brownshirt militia to silence dissenters in the USuk by smearing them as antisemites, an allegation which is evolving towards a witchcraft allegation, with the same results. The zionist filth are proxies, not string-pullers. They also murder Jews for being Jews.

Yes, as I said many times Jews are actually victims of ideology (talmudic judaizm) imposed on them in ancient times. It made them into willing (those who believe and accept that ideology) in willing instrument. This instrument was regularely (roughly once every 100 years) wasted and than reused. Wasted by it’s own masters.

Thank you, one does one’s best for one’s public. ;O)

Yes, US is merely an instrument. Their role of world gendarme was assigned to them. I would not go into details but (and I mentioned it many times) in Russia there’s large body of theoretical work on this matter (as part of Conception of Public Safety). This lecture is about so called Global historical process. https://youtu.be/xd7E6mrtEXc

Good points but those three are instruments as well. It will be clearly evident as they are gradually replaced by new structures. I believe that what I call global predictor has its roots in Ancient Egyptian priesthood. As I said there’s comprehensive work tracing development of global historical process but it is in Russian. Main thing is that Biblical project (don’t mix it with true Christ teachings) is at the core of current conception of globalization. It is a tunnel scenario and we all know what is prescribed at the end. It’s actually obvious at which point Armageddon will be triggered – as soon as they will be able to transfer their consciousness to physical medium than Biblical scenario will be implemented. There will be nothing fancy or mystical about it. It will be cynical but effective reduction of human population (through weapons of war, disease etc – we all know that there are plenty of instruments at their disposal.) until it is reduced to number that they decide is enough to serve their needs

You take “Good points but those three are instruments as well” a step further… something that I cannot comprehend.

Therefore I say thanks, but no thanks and give you a up-tick.

You can call me Al
Reply to  roland

The European Monarchy …… not the ones you see in public ?.

As long as You write crap like that nothing never will be solved in that region. If fx they drop an extra bomb herre and there, You know why.

I prefer the more modern and futuristic Star Trek analogy:
The US Empire are the Borg Collective, whose message is:
RESISTANCE IS FUTILE: YOU WILL BE ASSIMILATED!
Then there is Star Wars comparison, with the seduction of the Dark Side.
Lord of the Rings is a bit too mythical for my taste, too rooted in limited western mythology and superstition.

LOL So, if the US = Borg, Russia = Klingons (according to TOS), Japan = Vulcans, what would China be? Ferengi or Romulan? Would the Israelis be Cardassians while the Palestinians = Bajorans?

Russia = Romulan (Kingdom).
The parallels can be made between the Klingons and the Americans, not because of the technology they own, but because of the fact that they represent the impersonation of bad upbringing.

But both the Borg and Americans have this culture of assimilation which is more important than technology. Romulans don’t have monarch so it cannot be associated with Kingdoms.

Hm, my mistake. I thought that Romulans are monarchy. The last thing I looked at was Star Trek Voyager. 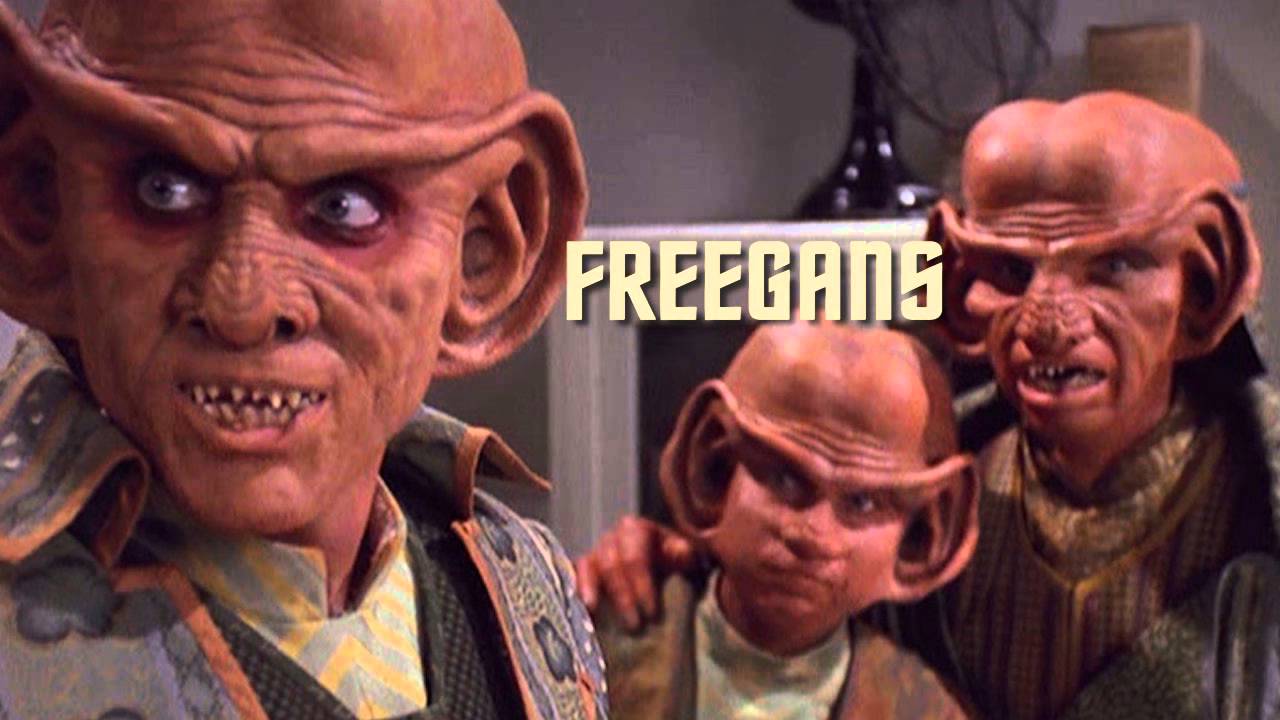 You can call me Al
Reply to  VeeNarian (Yerevan)

But what happened to the Borg Collective ?…….. it suffered a virus – similar to what the US is going through now.

The trouble with the dark side is, like the Germans in WWII, they always have better / cooler uniforms and are better equipment; unfortunately they are arrogant pricks – like the US.

Points well made. Then there are the Founder of the Dominion who invade and conquer the Earth lead Federation from the gamma quadrant of our galaxy. The also got a virus weapon that defeated them.
Virus infection McCain has started a sanction war that could end the US Dollar Empire. I am sure he is preparing to sanction Satan himself for this turn of events.

Just as I predicted. The militants were waiting for the SAA to turn its back towards them and focus on Idlib in the north. Peesident Assad was smart enough not to take the bait. BRAVO. Just fortify all SAA positions and let the militants headbutt those defenses.
I still predict big benefits for sweeping and clearing the Southern desert. Bleed the militants dry of men and supplies from Al Tanf. Now they are hurting, and President Assad is winning.

Hard for me to see any SAA bravo in this at all.

Several soldiers killed, a tank, a vehichle with a ATGM and a RPG for 1 ISIS seldetonator.

My hope is, that Almasdarnews is not true or not not that true. You cant effort meny victories like this one in %.

It didn’t help matters when Damascus decided it was easier to relocate ISIS fighters and their families to the Hama Desert instead of fighting them.

They will pay dearly for this

They do. 20% of their forces died there. SAA pays too.

i meant daeshbags will pay for this, and SAA will receive their payment :)))

Of course supplied and supported by their zionist bosses,or maybe just special forces,either way,there is no difference ,as they are all murdering maniacs.

The Syrian war can be won, and the Jew problem left unresolved and allowed to fester, and in another 5 to 10 years, if it takes that long, they’l have another comparable mess, or worse, going on someplace else. I’m in favor of winning the Syrian war and then proceeding to dejudify Palestine, the US and the rest of the planet to create a Jew free world that will be much better for humanity.

SF, Amaq (Rats propaganda voice) is not news. Why giving them voice here? I realize that you want to be neutral and objective but giving voice to terrorist organiation has nothing to do with neutrality.