Terrorists of the Islamic State (IS) group have tried to cut off the main supply route of Syrian troops from Aleppo to Hama province; however, they were repelled by the Syrian Army. 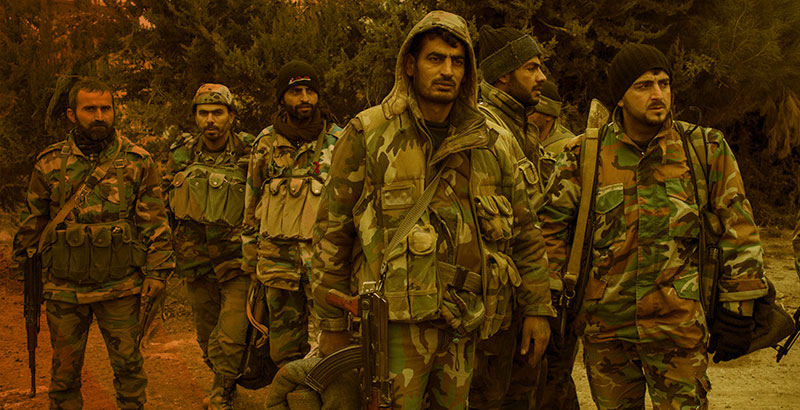 An attack of terrorists of the Islamic State (IS) group, trying to block the main supply route of the Syrian Army from Aleppo province to the northeastern side of al-Salamiyah town in Hama province, was repelled by Syrian troops. As result, all members of the terrorists’ formation were killed, and their weapons and military hardware were destroyed.

Terrorists launched their offensive on positions of Syrian soldiers in Wadi al-Adhib region along the al-Saboureh-Ithriya road. However, they failed to advance and were killed by Syrian Army’s units.

It was not the first time, when terrorists tried to cut off this supply road of the government forces. On weekend, the Jabhat Fateh al-Sham (previously known as the Al-Nusra Front) terrorist group tried to block the road, but also failed. However, such an interest to the highway shows that despite all controversies, terrorists of the two groups can cooperate to reach the desired goal.

On Sunday, a long convoy of Jaish al-Fatah terrorists in northern Hama was targeted and struck by the Syrian Air Force. As a result of the air raid, at least 12 military vehicles of terrorists were destroyed.

Routes and positions of the Jaish al-Fatah group were pounded by Syrian fighter jets near Albuyzeh village and the towns of al-Hiseh, al-Latamina, Taybat al-Imam and al-Masaseneh in northern Hama province. As result, a long convoy of terrorists, including five armored vehicles and seven vehicles, equipped with machine guns were destroyed.

No better news that dead terrorists.