On August 5, ISIS cells in the eastern al-Suwayda countryside executed one of the civilians who were abducted by its fighters during the brutal attack on several villages in the region last week.

Local sources identified the victim as 19 years old “Muhanad Zuqan Abu Amar,” a student of the Higher Institute for Applied Sciences and Technology (HIAST). Muhanad was reportedly abducted from his home in the village of Shbeiki. The terrorist group released a video of the execution, in which Muhanad said that ISIS fighters will execute him because the negotiations with the Damascus government failed. Muhanad also warned that the remaining hostages will face a similar fate, if the government refuses to meet the demands of ISIS.

According to the Syrian Observatory for Human Rights (SOHR), more than 30 women and children are still in the hands of ISIS cells in eastern al-Suwayda. The terrorist group wants the Damascus government to release more than 70 of its fighters who were captured by the Syrian Arab Army (SAA) in western Daraa last week.

The reason behind the failure of the first round of negotiations between the Damascus government and ISIS remains unknown. However, locals hope that the new round, which began yesterday, will succeed.

I concede that this is a difficult situation. However, my thinking is straight; no negotiation and don’t stop until the very last of these men are irradiated.

Eradicated or x-rayed to death ?.

X-rays are old school and take too much power. Give them free 5G cell phones with and affordable data plan. Then explain that you have to put antennas all over their homes, caves and pickup trucks. The skin tumors and brain cancer are annoying, but not the real goal – you want them to develop cataracts and macular degeneration. A blind head-chopper isn’t much of a threat (and easy to hunt down and ‘neutralize’). Bonus: Chromosome damage and inability to breed. Who needs more little ISIS babies?

Made me chuckle. Good one.

paul ( original )
Reply to  You can call me Al

Ok so I made a slip . Though I could have been referring to nuclear weapons . I was not however, I just made a slip.

No worries mate. You should see some of my slips.

I was joking mostly.

If they execute more anyone hang them all.

I think the current plan is to bomb/shot all of them anyway as their dessert pocket is taken over. The ISIS fleeing from Daraa Governorate knew they were marked for death, that’s why they grabbed hostages a week or so ago as they moved through As Suwayda Governorate.

Muhanad was executed because the SAA refused whatever ‘demands’ the As Suwayda pocket ISIS had, which were probably offering them green buses to their other ISIS buddies in the As Sukhnah pocket. The SAA will just continue moving forward and wipe out the pocket while trying to save the remaining hostages. The big mystery is how many ISIS are really there? Did they ask for evacuation of, say, 350 head choppers/families, or 3500? 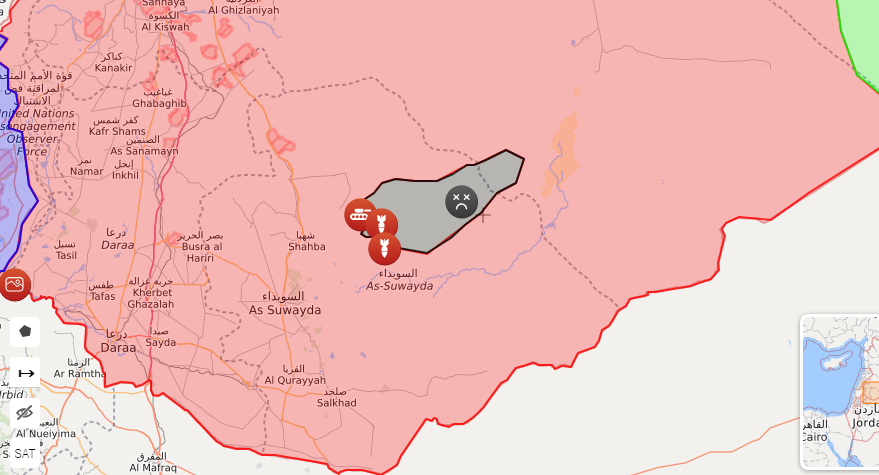 the first thing they asked, to the families of the hostages, was money.

CIA assets always have a one-track mind. They probably asked for the ransom in small-denomination, unmarked U.S. currency – with non-sequential serial numbers. Useless in the U.S. except at Wal-Mart. Someone should tell head choppers that they can’t just buy their future homes and cars in Fairfax County, Virginia with a gym bag filled with stacks of $20’s – it will look suspicious (even in the CIA’s back yard).

“I’m looking for a short commute to Langley, good madrasa for the kids… and a nice pool. Is this enough?” 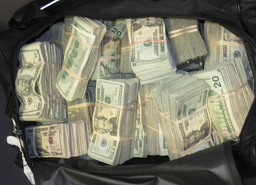 No negotiations with Nutandyahoos Isis terrorists. Just hunt them down and execute the murdering swine in public.

Now you know what to do with the ISIS captives. “An eye for an eye”….. get rid of the scum Syria.

I don’t understand why the SAA can’t hunt just these guys down and rescue the hostages? They can’t be that far away. Unless Daesh are so powerful they have the ability to just magically appear, launch their attack then disappear again without any trace

Don’t play with serious things, a young good student was slaughtered by your precious scum.

‘My precious scum’. What the holy fuck are you even talking about?!!!

Your powerful and magical DAESH, and it’s yours because it’s your usual caracterization of that scum.

In a way they do have the ability to ‘magically disappear’…they just run back to Al Tanf and poof! they are refugees. See how easy that was? Until the US terrorist factory is dismantled this will continue. What Syria will end up doing is completely surrounding Al Tanf and killing anything that crawls out. But that will take a lot of resources. On the other hand, the Russians and Syrians have been pounding these A-holes after they killed this kid. No word on the fate of the other hostages.

Another foray from the Al Tanf terrorist camp. It’s too bad that the Syrians cannot find the families of those running that terrorist camp in the US and kidnap them. Oh, but that would be a crime! When whatever is to happen to these hostages happens, freedom or death…The killers must be hunted down. Then force them to kill each other with dull knives. Their deaths should not be either swift or painless.

Damn ISIS Khawarij!,, may they burnt in hell

Along with their Western and ME backers.

Motherfuckers a nasty filth of rats. You cannot RUN and you cannot hide, that’s it your time has come to vanish from these earth. You are fade away daesh you are done.