Since the start of the Russian military operation in Syria, the ISIS terrorist group has lost a strategic initiative at the Syria-Iraq battlespace. This was grounded on the a series of successes of the Syrian Arab Army that drew ISIS forces from the other fronts as well as further involvement of other major powers (the US, France, Germany). All major players pursue own goals in the conflict, but they share the rival on the ground – ISIS. These destroyed all ISIS hopes to build a terrorist state on the claimed territories.

However, ISIS still remains a dangerous enemy and keeps the capabilities to conduct successfull tactical operations. On June 20, the group proved it, launching 2 separate counter attacks against the Syrian Army and the US-backed Syrian Democratic Forces (the Kurdish YPG and some Arab units). 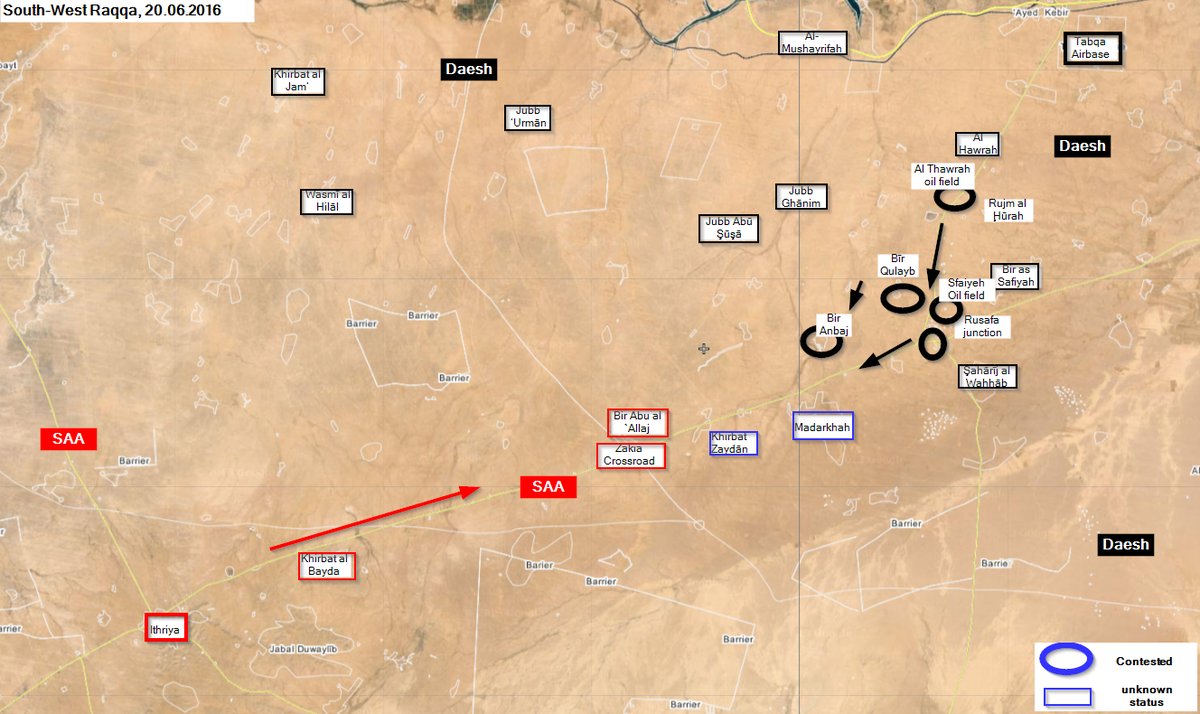 In the southwestern part of Raqqa province, ISIS units attacked the Assad government forces, that were deployed in aboout 13 km from the strategic Tabaqa military airport, seizing the Thawrah oil field, the Sfaiyeh oil field, the Sfaiyeh crossroads and Bir Anbaj. As result, the main government forces withdrew in the direction of Ithriya while separate clashes were ongoing in Madarkhah and Khirbat Zaydan.

Clashes for the Thawra oil field:

Pro-ISIS sources argue that about 70 “regime troops” have been killed during the recent clashes.

An approximately 4000-strong strike force of the Syrian Arab Army, supported by Russian military advisers and the Russian airpower, operates in the Raqqa province. Nonetheless, this SAA group is far from the main locations of pro-government forces in Syria. This complicates logistics (all kinds of supplies) and reduces its offensive capabilities.

A photo of the Tabaqa advance of the Syrian army, alleged Russian military advisers are marked by red: 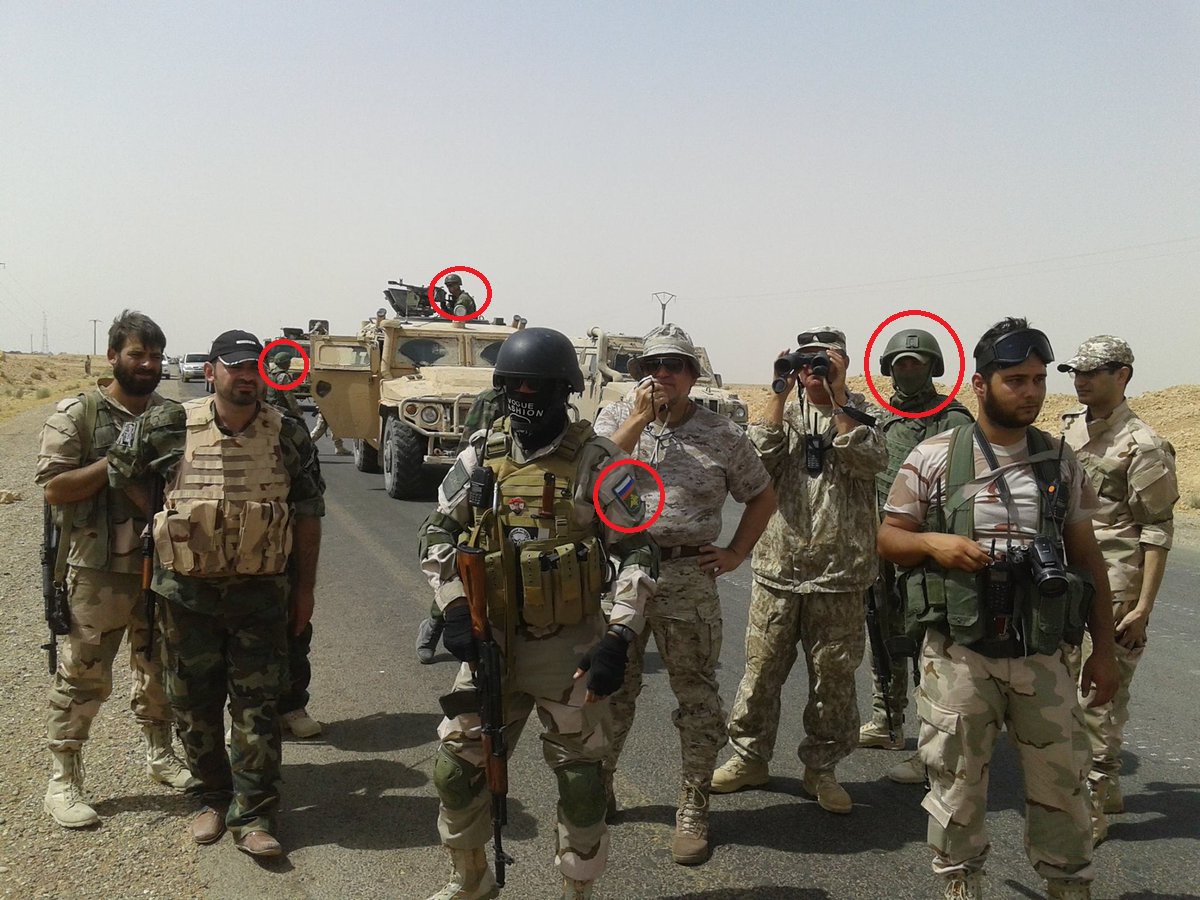 In the province of Aleppo, ISIS militants have launched a counter-attack to the south from the strategic city of Manbij, seizing Khirbat ar-Rus, Gharrah Saghirah and nearby villages. Pro-Kurdish sources report that the SDF was able to repel the terrorist group’s further advances. The developments came amid the SDF attempts to advance west of Manbij. SDF units have seized the villages Sayadah and Zunqul and launched an advance in the outskirts of the junction of Arab Hassan Kabir. 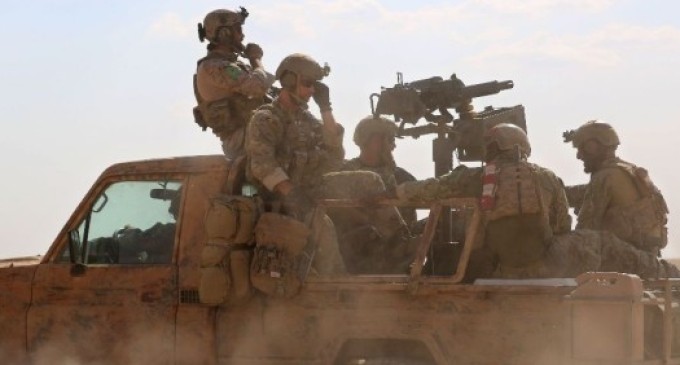 However, the SDF, supported by US, French and German special forces units have not been able to achieve a significant success in the ISIS-controlled city of Manbij. This draws out to a great length the Manbij operation timeline and buys time for the ISIS force located in the group’s self-proclaimed capital of Raqqa. Recently, the ISIS command staff has sent major reinforcements from Raqqa to the Tabaqa military airport that allowed the group to launch a counter-attack against the SAA in the area. 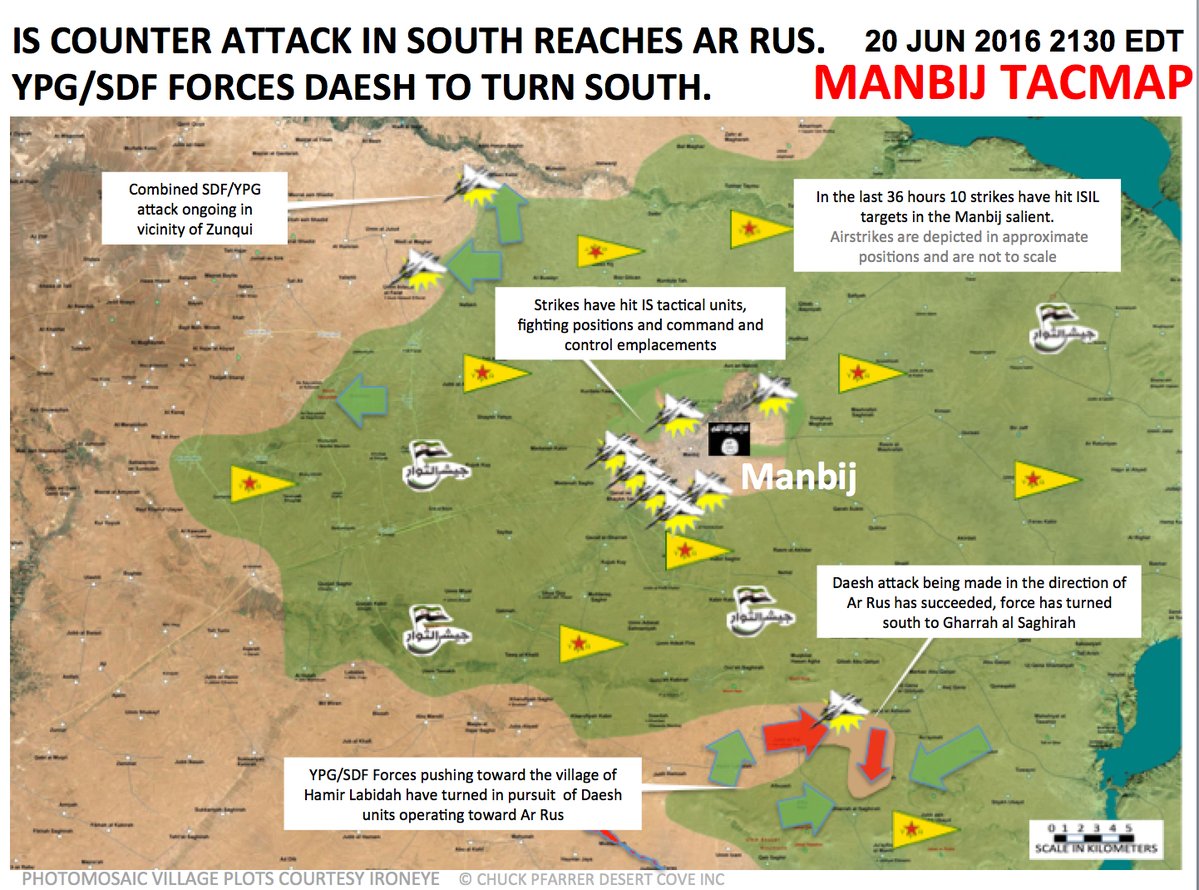