On June 13, the ISIS terrorist group launched a counter offenslive in the area of Syria’s Manbij, targeting the US-backed Syrian Democratic Forces (SDF) in next directions:

We remember, on June 10, the predominantly Kurdish SDF, supported by the US-led coalition air power, encircled  the ISIS-controlled city of Manbij in Syria’s Aleppo province. On June 11 and 12, there were no reports yet about attempts to storm the Suni-populated city while an ISIS counter offensive was ongoing in the area of the al Bab-Manbij road. In turn, SDF units were attempting to keep the encirclement and advancing further in Northern Syria. 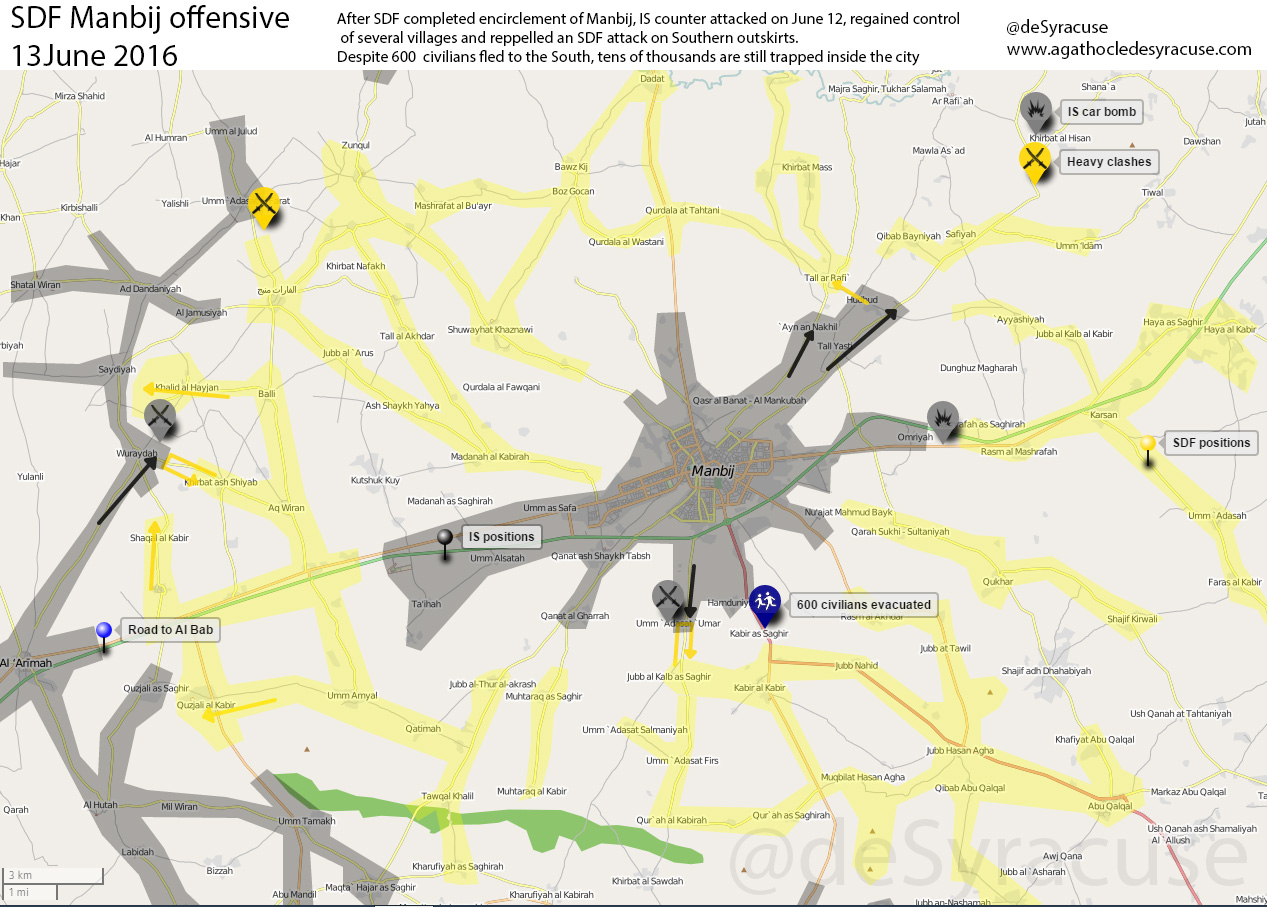 IS counterattacks out of Manbij contained with heavy losses to IS.

Advances westward over the M4 towards Al Bab continuing and SDF entering the kurdish belt between Arima in the east and Ahres in the west.

Once the kurdish belt is taken, the connection between Afrin and Kobsne is established.

Rests mopping up the cities of Al Bab and Manbij.

FSA may keep Azaz to Marea and around Jarablus (if they can take it) as long as they do not attack the SDF.

Dabiq might go to FSA is they can take it. Otherwise SDF will.

A lot depends on RuAF attacking FSA and JAN in north Aleppo or not.