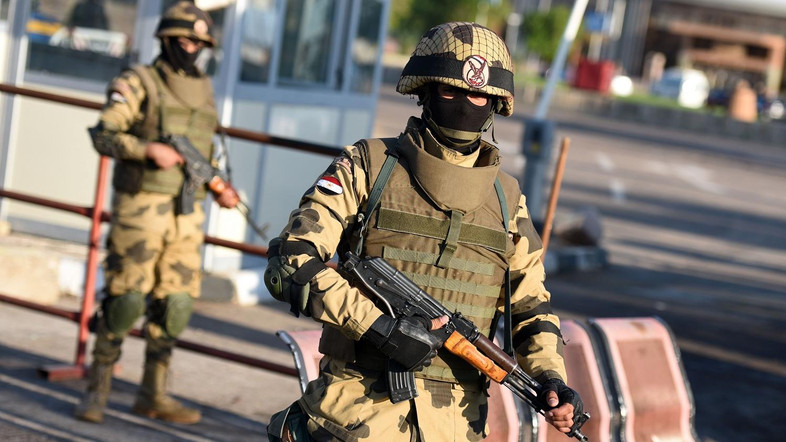 Moreover, Amaq reported that ISIS fighters destroyed another vehicle of the Egyptian Army with an IED in al-Dakasat area west of the city of Sheikh Zuweid in the norther part of the Sinai Peninsula.

Meanwhile, the UK-based newspaper al-Araby al-Jadeed revealed that the Egyptian Army began massing its troops around the city of Rafah in order to launch a wide-scale military operation against ISIS cells operating south and west of it.

On November 29, Egyptian President Abdel Fattah al-Sisi ordered the Egyptian Army to restore security in the Sinai Peninsula within three months. The upcoming anti-ISIS operation is likely the result of al-Sisi’s order.

There has to be state actors behind these attacks. Probably many of the same ones that are involved in the Syrian war. The CIA and Mossad certainly come to mind.

Do you think this is a diversion ?, so the MSM takes its eye off Syria and Iraq (we don’t hear much of that now, do we ?)…….

For me, I await new explosions in Istanbul or Ankara – this will all backfire on the Yankers.

Let ISIS and SISI fight it out!