The ISIS terrorist group is collapsing in its Iraqi stronghold of Fallujah as the Iraqi army and the Shia Popular Mobilization Units (PMU) are advancing in the strategic city. Following June 16 advances, the pro-government forces have liberated the Indastrial District and entered the Al-Zobat neighborhood. Thus, the government controls bout 70% of Fallujah. 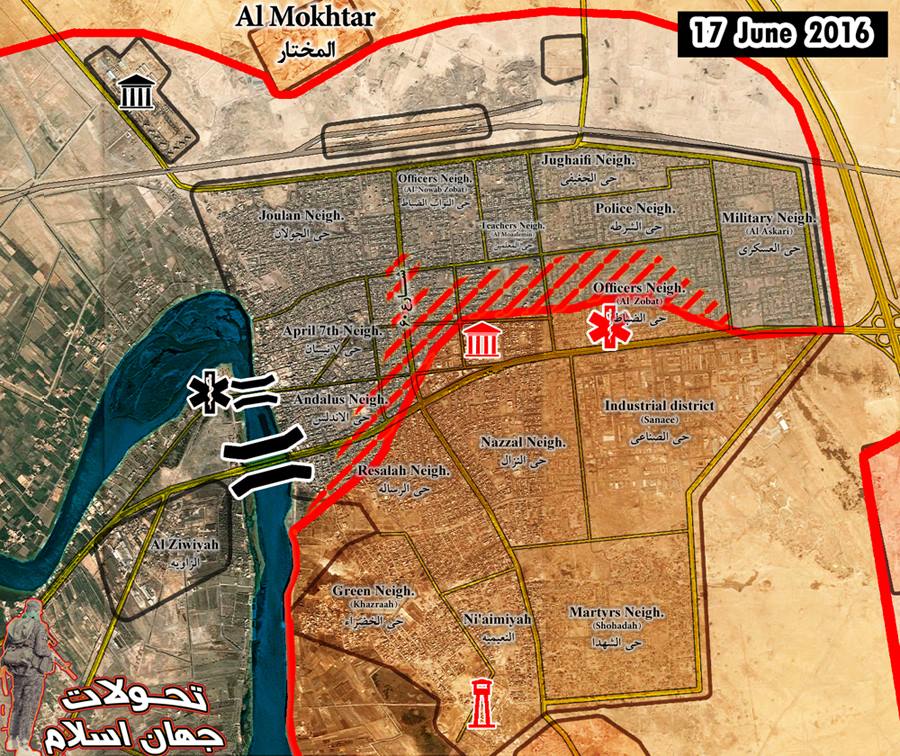