The ISIS-linked news agency Amaq has released a statement claiming that its members have killed up to 100 Lebanese soldiers during the recent clashes in the Arsal area at the Syrian-Lebanese border. In a separate development ISIS allegedly killed 17 Hezbollah members during their advane at the Zamrani Mountain. However, the terrorist group was not able to provide any photos or videos confirming its claims.

The Lebanese Army has liberated 80 km2 out of 120 km2 that had been under the ISIS control in Ras Balbak and al-Qa’a areas. At the same time, Hezbollah and the Syrian Arab Army (SAA) have made large gains against ISIS on the Syrian side of the border. 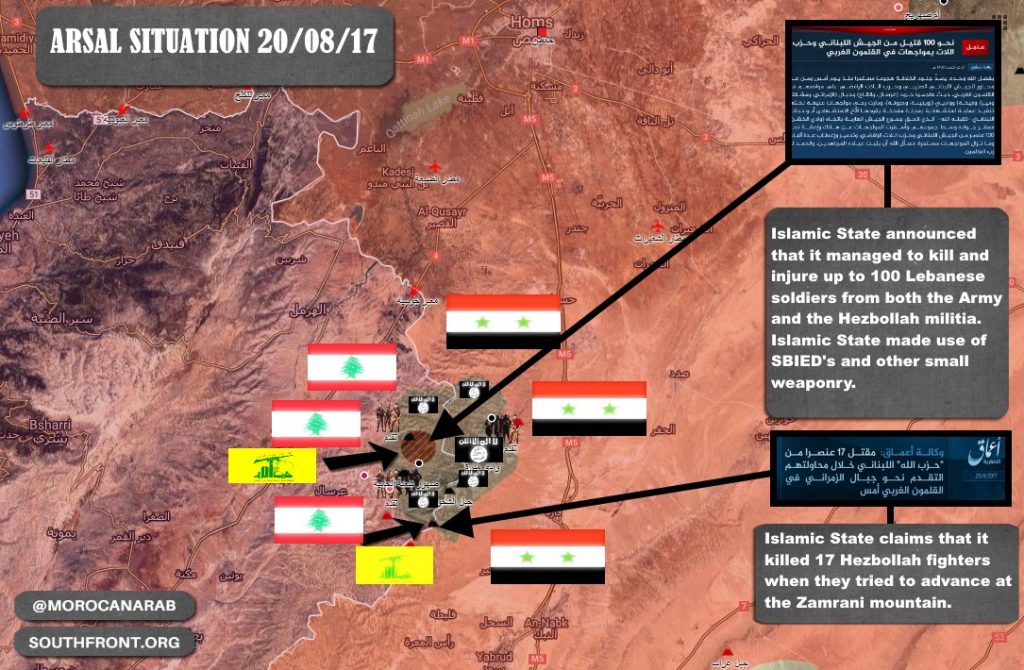 The trick to good propaganda is to make it sound believable. A 100 sounds realistic, a 100.000 ludicrous to even the most die hard supporter.

it sounds realistic if you are a deluded madman with a raghead (this again tells us who are the targets of ISIS propaganda). The only reason they didn’t say 100.000 is probably because there are far less than 100.000 men in the whole Lebanese armed forces.

Why shouldn’t it be true? If they can kill as many Syrian Soldiers who by now are battle hardened and more professional, why wouldn’t they kill more of the amateurish Lebanese soldiers that has never tasted any real combat fight? Most of them probably never even done any real fighting prior to this action.

It’s easy Shlomo, because they didn’t kill “as many Syrian Soldiers who by now are battle hardened and more professional”, except maybe in some Israeli war movie.