ISIS-linked media outles have released information that the terrorist group had seized 8 vilalges -Um al-Saraj, Khirbat ar-Rus, Jubb al Katashli and others – near the strategic city of Manbij in Syria’s Aleppo province.

ISIS units had got a chance to conduct a successfull counter attack because the US-backed Syrian Democratic Forces was not able to break the terrorists’ defenses in Manbij.

According to pro-ISIS sources, the group is developing the counterattack, seeking to lift pressure from Manbij and maybe even break the siege. 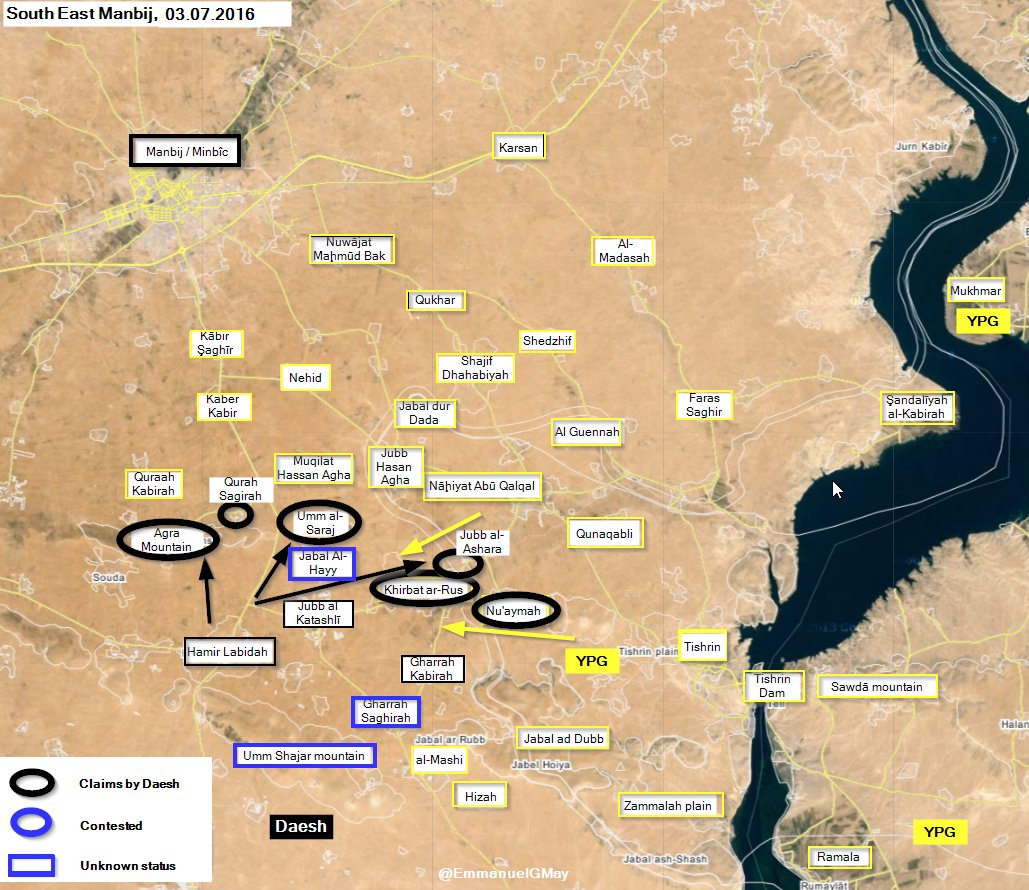