Amaq claimed that the two Russian soldiers and several Syrian soldiers were killed when ISIS repelled their attack towards Uqayribat town.

Furthermore, Amaq released photos of the two alleged Russian soldiers’ bodies. In photos both of the soldiers don’t wear the official gear or uniforms of the Russian military or the Syria Arab Army (SAA). Furthermore, the photos don’t show insignias or other marks that allow to identify the bodies. The Russian Defense Ministry has not commented these claims yet.

The two soldiers could be some private military contractors operating on the side of the Syrian government. Or the killed persons were members of some pro-government group.

In a separate development, a local source from the southern Raqqa countryside claimed that ISIS recaptured all the villages on the western bank of Euphrates river from Ghanim al-Ali to al-Sabkha village. However, sources from the SAA denied these claims but confirmed that the area was under a major attack of ISIS.

It’s unlikely that the SAA situation in the southern Raqqa countryside will improve significantly soon because the SAA is now focusing on al-Sukhnah-Deir Ezzor highway and the ISIS pocket in the eastern Hama countryside.

The Russian soldiers are always shaved !

Big deal. It’s inevitable that some Russian servicemen will die there. A lucky shot, a grenade, a landmine, an IED. War is like that. Would be interesting to pull the masks off some of the ragheads and see who THEY are

No needs to pull the masks. They are Russian special forces, acting under the request of the official Syrian government.
They are killing islamistic pigs. And what’s wrong with that?

he meant “ISIS”, you moron, not dead “Russians”.

Indeed. Thank you for springing to my defence. I am a big supporter of Russian foreign policy in Syria, even if it is self-interested.

‘It’s unlikely that the SAA situation in the southern Raqqa countryside will improve significantly soon because the SAA is now focusing on al-Sukhnah-Deir Ezzor highway and the ISIS pocket in the eastern Hama countryside.’ In other words, ISIS attack in Southern Raqqa will keep progressing?

More than likely the SAA will hold the line and the ISIS combat reserves will continue to be chewed up along the river. SyAF and RuAF are on station and waiting to dish out more punishment to Daesh trash. :) 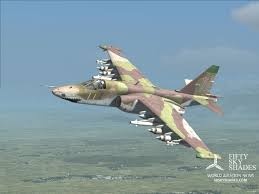 RuAF has poor effectiveness against enemy tactical groups and advancing manpower. This has been the case through out their whole involvement. Lack of ability to change the situation was very evident during latest AQ invasion into N. Hama. Considering that RuAF main AB was only 150 kms from that battle field, there is next to zero probability that RuAF can be the determining factor in S. Raqqa.
Even when they spot the enemy, 9/10 times they do not engage for fear of hitting friendlies, as pilots do not know who they are looking at.

But the HTS offensive capability was destroyed in their N Hama offensive. So do not try to BS me with your pathetic lies.

lol, utter bullshit.
there are dozens of vids of RuAF destroying ISIS and Nusra forces while they are engaged in battle.

“there is next to zero probability that RuAF can be the determining factor in S. Raqqa”

Actually they have been the single, most determining factor in the demise of jihadist fundamentalist in Syria.

“Even when they spot the enemy, 9/10 times they do not engage for fear of hitting friendlies, as pilots do not know who they are looking at.”

Another one that does not even know what he’s talking about. You don’t have the slightest clue on how the targeting cycle flows during a VKS close support mission. Because 1- it’s not publicly available. 2- even if it was you wouldn’t be able to interpret a word of what you read.

one wonders why publish it if there is no way to tell who the soldiers actually were.

Amaq has made claims of several westerners volunteers (germans, americans, brits, frenchs) fighting with the kurds as well, but for some reason these never found their way to sf.

These are not Russians, but ISIS Hunters

Yes its inevitable the Russians will take losses no one ever claimed they were invincible.
Unfortunately a few losses will occure but this wont change the fact this hard IS pocket is about to be put through the woodchipper.