On August 1, the ISIS-linked news agency, Amaq, claimed that ISIS fighters destroyed 2 warplanes and 6 unnamed aerial vehicles (UAVs) of the Syrian Arab Air Force (SyAAF) during their attack on the Khalkhalah airbase in the northern al-Suwayda countryside.

Furthermore, the terrorist group said that more than 45 soldiers and officers of the Syrian Arab Army (SAA) were killed as a result of the attack.

A military source in the Khalkhalah airbase denied ISIS’ claims and told SouthFront that the SAA and the SyAAF didn’t lose any equipment during the attack on the airbase. He added that only four soldiers of the SAA were killed by the terrorist group’s fighters in the clashes.

Regarding the details of the attack, the source said that several fighters of ISIS, including suicide bombers, sneaked to an area near the airbase from their hideouts in the eastern al-Suwayda countryside. However, the SAA was able to detect and kill them all in perimeter of the airbase.

Currently, the SAA is massing its troops in the southeastern governorate of al-Suwayda and preparing to launch a large-scale military operation against the remaining fighters of ISIS in the eastern countryside, according to the source.

If one would count all soldiers, tanks etc that ISIS claimed to kill than there will be no males in Syria by now. Talk is cheap but zio khalifat in Syria is a walking dead and that’s the fact.

More fairy tales from Isis like their 70 virgins awaiting them.

Iran should ready their long range missiles every time. If any country attack Iran so immediately with in one minute Iran should target important sights in Israel by 350 ballestic missiles without seeking permission from UNSC or Russia etc or looking who has attacked Iran. This will be an attack.

only 2 countries have hypersonic missiles……russia and china

Can you define what is Hypersonic missile and what is its speed or just hunting fishes in the air.

Missiles faster than 5 times the speed of sound

So ask from your teacher that long range ballistic missiles are hypersonic or supersonic. 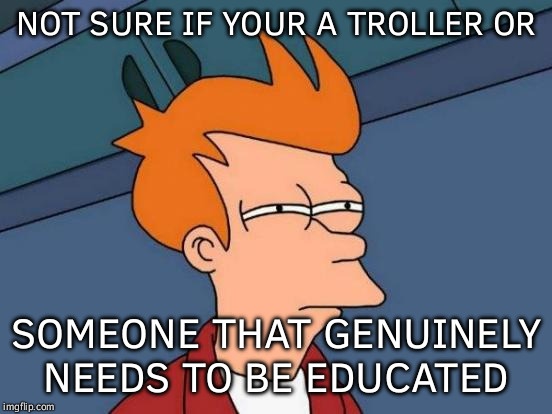 No Iran does have hypersonic missiles

Its just like the germans in the battle of britain in ww2. Theyd launch an attack on an air base and tell their leaders it was destroyed.

Meanwhile the brits would bulldoze in the holes and take off again.

Also there was a massive terror attack in the area. No one should be sleeping on the job especially around strategic air bases.

i dont think any one was sleeping on the job, by the way. The soldiers in the air bases, but generally every where in syria or any other battle field, they are fully aware what means sleeping in the job. So dont assume.

On the other hand is not that easy, to detect small groups of people who try to infiltrate an area.

But I dont know why people should be hard to spot. Cameras are cheap as are motion sensors. It cant be that hard to surround a perimeter in solar powered battery back up camera fitted with motion sensors. You can buy these things cheap. For a lot less than one tank and the saa isnt exactly worried about getting tanks.

Nope if few dozen guys and a few vehicles comes within a few clicks of the perimeter there should be riflemen shooting at them as they enter. Anything less is a failure.

They should try the al tanf perimeter bet they get shot if they look too long nevermind roll up with an attack squad.

I bet until you mention that, none of us knew they exist especially SAA, the russians and the iranians. They must be still in stone ages. And yes in a good way, I am sarcastic.

And yes you are assuming. read the article and not the headlines.

and you chose to believe the wrong one kid. Don`t continue this. Learn when you wrong not to push it as it becomes counter productive and you prove that you can not learn, from your miscalculations and mistakes.

if you think about what you suggested and try to defend it, you understand how naive you sound trying to advice veterans of a kind of war none of us ever fight and I been to many, how to operate and defend themselves, all based on assumption rather than thinking before you post. Poor judgement and no common sense.

Now cut this, while you still ahead.

Everyone is entitled to their opinions Apollo Creed. You are just as likely to show poor judgment and no common sense. You are but a mere human being. Practise what you preach by sticking to your motto “Don’t continue this” ?

Good morning Feudalism and Promitheas. Feudalism, here is a good picture of the two sides. I hope someone will make a movie:

They were taught well how to lie,by their israhellI Isis godfathers.

I don’t think this has happened at all.

Beef up that base & add some warplanes

And then the ISIS members in question all woke up with their hands on the guys dick that was next to them. Fap fap fap fappitty fap

Like last time, in a day or so we’ll see photos of stinking ISIS carcasses.

And where is the proof of these killings a Daesh you have nothing but empty words.

ISIS can say whatever they want without presenting any evidence. Who care, they are already death.