On December 27, ISIS’ official newspaper, al-Nab’a, released an infographic summarizing the operations carried out by the terrorist group’s cells in the southern Syrian governorate of Daraa during the last few months.

According to the infographic, ISIS operatives conducted 26 operations in Daraa in the last four months. The operations included, 11 IED [improvised-explosive device] attacks, 7 assassinations and 6 raids.

The group claims that 51 people, including 8 Syrian Arab Army (SAA) officers, local commanders and 4 Russian service members, were killed in these operations. 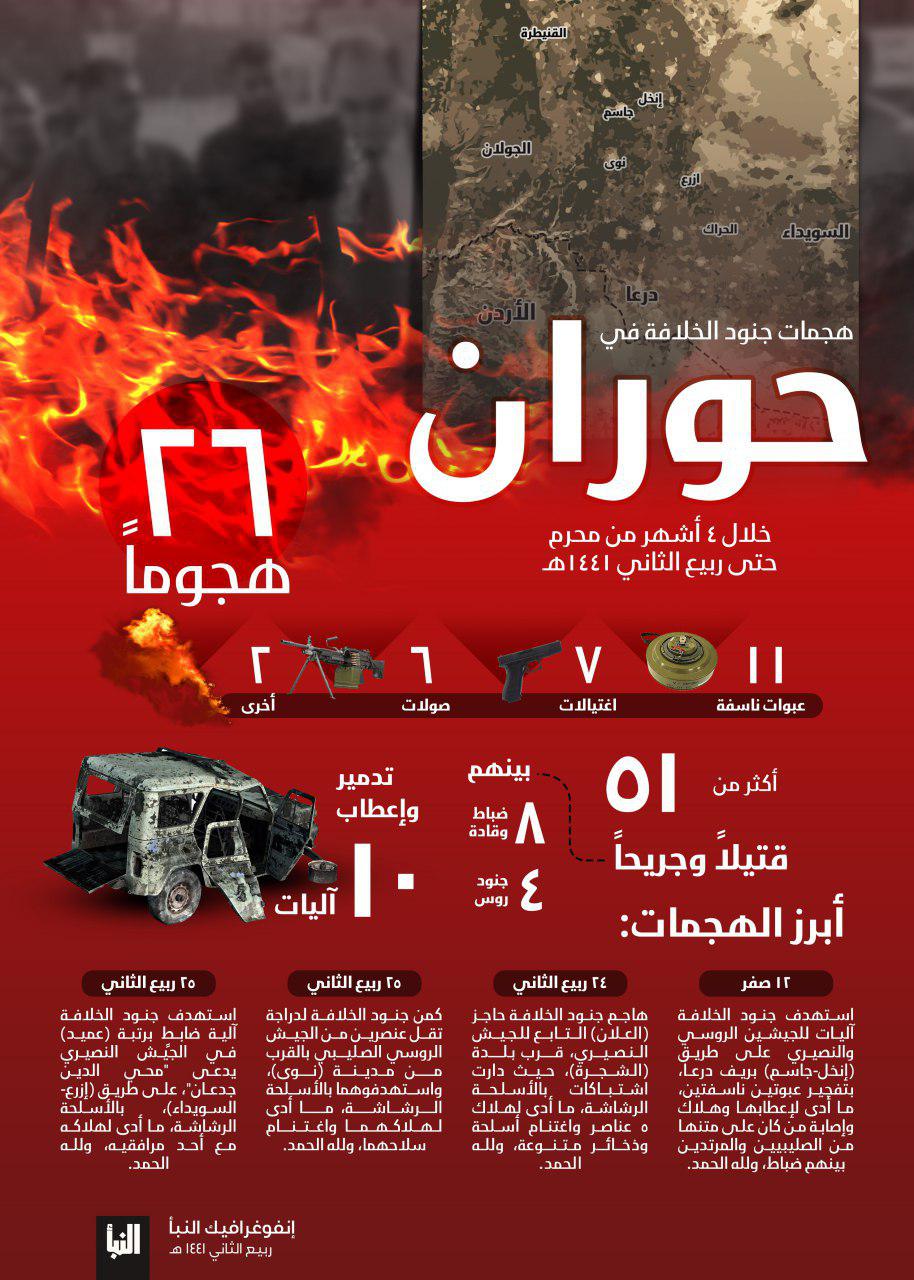 Last week, ISIS claimed that its cells killed two Russian soldiers in western Daraa. These claims were rejected by local sources and ignored by the Ministry of Defense of Russia. Prior to that, the group targeted a Russian patrol in eastern Daraa with an IED. However, the attack was a complete failure.

Despite all the exaggerations by ISIS, there is no secret that the terrorist group has intensified its activities in southern Syria. The group is attempting to reignite the conflict in the south, likely to exploit the SAA’s anti-terrorist efforts in the central and northwestern regions.

SouthFront STOP PROMOTING THESE GUYS AND THEIR FUCKING BULLSHIT PROPAGANDA.

And to the north they’ve ramped up military operations in both SAA and US controlled territory, but guess which area it is most Isis affiliates get captured in, it’s the one area Isis isn’t operating in now, Idlib. Turkey captured Baghdadi’s sister, family members and others, and then put them in jail for interrogation, but what sort of jail is it, a five star luxury hotel. Erdogan locks up high ranking members of Isis in Idlib while other low ranking members are out maiming and killing in all the other areas, mmm.