On July 12, ISIS cells targeted a gathering of Egyptian soldiers east of the city of Arish in the Sinai Peninsula with two IEDs, according to the ISIS-linked news agency Amaq. Several soldiers were reportedly injured and killed in the attack.

A day earlier, a group of ISIS fighters ambushed an infantry unit of Egyptian military west of Arish. Amaq also claimed that several soldiers and officers were killed and injured as a result of the ambush. However, ISIS’ news agency didn’t provide any evidence to support its claims.

And in the area of al-Sabil in the Sinai Peninsula, ISIS cells destroyed a Humvee armored vehicle of the Egyptian military with an IED on July 11, according to Amaq.

On February 9, the Egyptian military and security forces launched a large scale military operation codenamed “Sinai 2018” against ISIS cells in the Sinai Peninsula. Egyptian observers claimed that most ISIS cells were neutralized during the operation, which lasted for months.

However, these recent attacks prove that the terrorist group is still posing a serious threat to the Egyptian military in the Sinai Peninsula.

So ISIS just gets about the world, killing people for the fun of it?
They do seem like Dr Evil’s mini me, but I guess they are the mini me of the USA.
The USA gets around the world killing people for fun, and their loyal henchmen in ISIS follow suit.

The Saudis, Emirates, Kuwaitis and Qataris pay for the exportation of Wahhabism world wide , they recently built Wahhabi Mosques in Yemen and sent 200 clerics to the region.

Yemenis should resist these goatfuckers!

They suspect the Coalition group in the south that was cut off are all dead , seems that KSA has decided to pardon their war criminals already a repeat of Iraq 2003.

Yes but at the behest of the USA. Did you know British SAS trained Rohingya insurgents in Saudi Arabia, to destabilize Myanmar, and prevent Chinese access to the oil fields in the Bay of Bengal.
The FUKUS countries use these feeble minded zealots to control the world.

All wars are about money, religion is the cover story.

Yes the Rohingya aka (Golden Army al Sham) are lead by a Tunisian Colonel who was recruited by Israeli Intelligence the man meeting him in Pakistan was Benjamin Efreim the Mestarivem who was leading ISIS in Libya.

Last year the KSA spent one billion dollars opening 650 Wahhabi schools in Bangladesh. They want to create an endless supply of jihadists out of the generally laid back Sunni Bengalis. As they are extremely poor, they won’t require very much in financial compensation.

The future is now

Militants in Syria are finished – those in the ‘Southern Front’ sector have now been abandoned to their fate by the US who cannot politically justify intervening to rescue them due to presence of la-Qieda/HTS across the militant strategic fronts. The north will eventually follow the same narrative – al-Qeida/HTS are similarly strategically embedded in north as in south militant zones – and this means the SAA and RuAF can open a front against them at time of their choosing and US will not intervene. Bad luck, seems Oded Yinon was kinda wrong.

As long our nasheeds and islam survives we will survive no matter what, listen this my brother and dont be afraid: https://archive.org/details/nasheeddawla/27-SalilSawarim.mp3

Dude aren’t you from Israel – Moshav-Yatzitz, near Ramla?

How you know that?

YOU CANNOT DEFEAT THESE GUYS!!!!!! FUCKING ACCEPT IT ONCE AND FOR ALL!!!!!

Saudi Wahhabism – the gift that keeps on giving.

Egypt thinks it can eradicate ISIS by randomly sniffing out secret ‘cells’ in the Sinai and whacking them? F’king waste of time. That is exactly why ISIS can thrive in Afghanistan and Pakistan (and India, soon).

Continuously ignore the source and wait until they organize into cells? What the fuck is wrong with everyone? Saudi Wahhabism is not a legitimate form of Islam – it’s a usurped, weaponized form that the al Sauds’ have used for decades as 1) a domestic control tool, and 2) exported to raise a proxy army against the al Sauds’ well-feared and well-hated enemy: Iran.

The FIRST thing Saudi Arabia’s Gulf Affairs Minister Thamer Al-Sabhan offered for reconstruction aid in Raqqa last October was to rebuild the mosques and schools. Not the hospitals, not the markets, not roads, not water or electricity. Mosques and schools.

“Doesn’t anybody notice this? I feel like I’m taking crazy pills!”

I never thought they would outlaw Qatari-style Islamism (Muslim Brotherhood) either because of the potential social/political costs. But to your point, banning Saudi Wahhabism at this point in Egypt would be an entire order of magnitude more difficult. The world may just have to wait until Saudi Wahhabism, itself, turns on and cannibalizes the al Sauds that have fed them all these years. Wahhabi clerics increasingly face ruined credibility themselves for the hypocrisy of supporting the current monarchy. I could see them fomenting a little monarchy-change themselves in the kingdom someday. The al Sauds (like all Gulf monarchies) are quite replaceable – the ocean of oil money will still be there for the next monarchy to hoard (or squander).

Well… this happened rather quickly. I had nothing to do with it – honest!

I’m kind of unsure if I should be rooting for the head-choppers (the ISIS ones) this time around. At any rate – “Blowback is a bitch!” (and it couldn’t have happened to anyone more deserving). You won’t see this in the MSM.

Have not heard much out of ISIS in Sinai until now.
So Egypt has made some progress.
There is always the need to take out Daesh cells.
No more caliphate for sure.
And cut down on the crazy pills, did you read the bottle about caffeine content? :)

ISIS is in Sinai many years, if people get radicalized im not responsible for that. 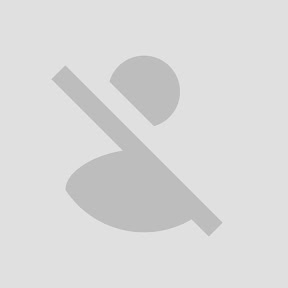 In my view, new recruits have been dropped off in the Sinai as Egypt did a fine job in eliminating the last lot.

It would be costly for Egypt. However, if the Egyptian economy succeeds then they will be able to eliminate it in the future.

as
Reply to  Pave Way IV

It’s complicated. The guy on the ground have solid idea what’s really going on but the guy sitting in the chair don’t care as it was their political and power lifelines. Well simply put bribed out official make everything swampy.

Even an ideal COIN would leave some sort of remnant behind and given that these terrorists are recruiting from the same population that the Egyptian Army comes from it should be clear that conditions were not ideal.