On April 5, ISIS claimed in an infographic, released by its newspaper al-Naba, that its cells had carried out 13 suicide attacks, 3 IED attacks and an attack with booby-trapped car against civilian and military targets in the Afghan capital of Kabul during the last 6 months. 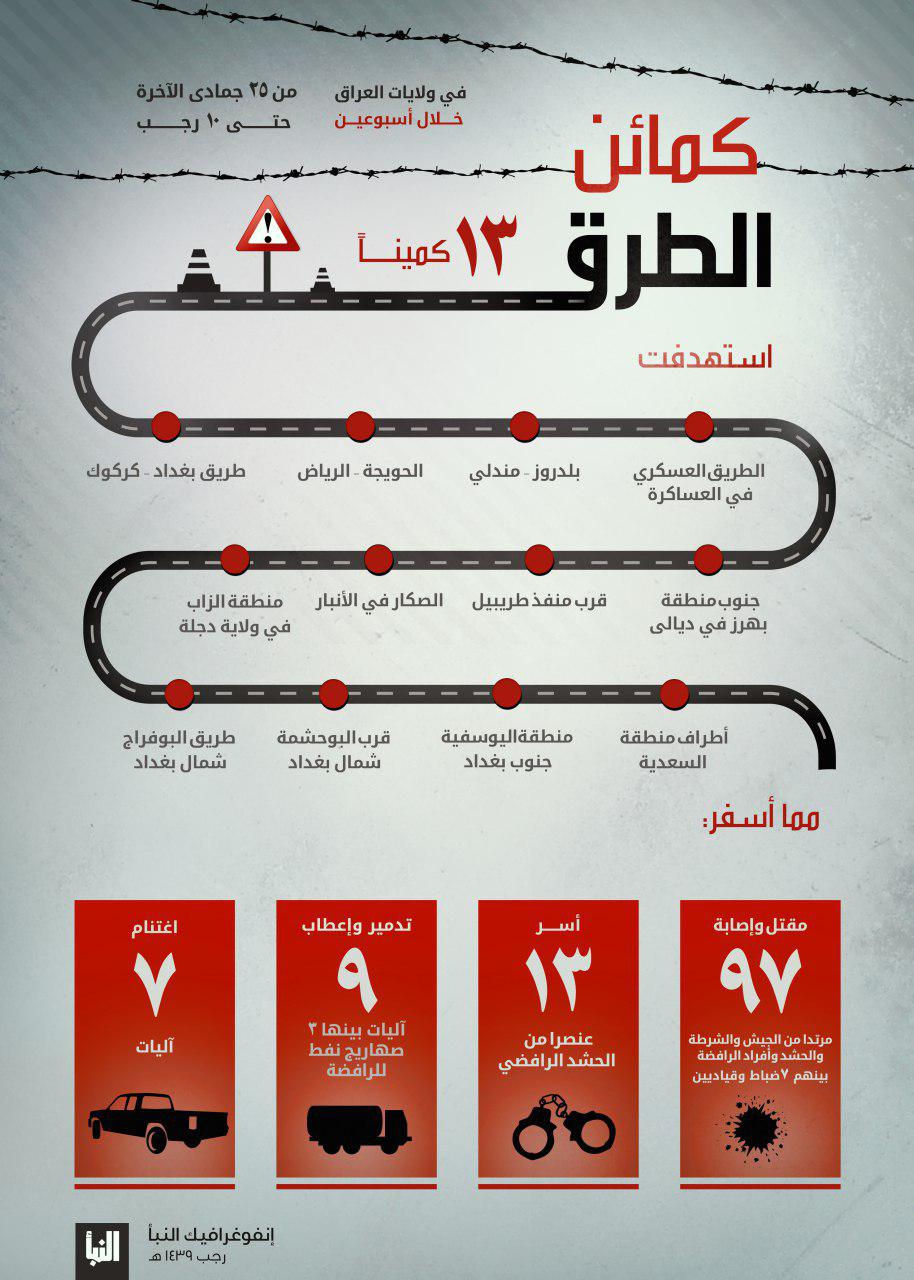 According to al-Naba’s infographic, more than 1,220 persons were killed in these attacks. The number includes 539 Shiite civilians, 360 serivcemembers of the Afghan intelligence and security forces and 129 Afghan Army soldiers.

One of the biggest ISIS attacks of ISIS occurred on December 28, 2017 when the terrorist group hit a mosque and culture center in Kabul killing at least 40 civilians and injuring 30 others. The latest attack of ISIS in the Afghan capital was on March 21 when more than 29 were reportedly killed in the attack, which hit a Shiite Shrine.

ISIS attacks reflect a pure security situation in Kabul, that’s supposedly the safest city in Afghanistan. Beside ISIS, the Taliban has stepped up its attacks in the Afghan capital since the beginning of 2018. However, the Afghan authorities and the NATO are yet to take proper security measures to improve the situation there.

Nor Israelis from Syria, however the time will come for them..

Afghanistan may go full Yemen in the next few years, which means that the US troops won’t be leaving any time soon.