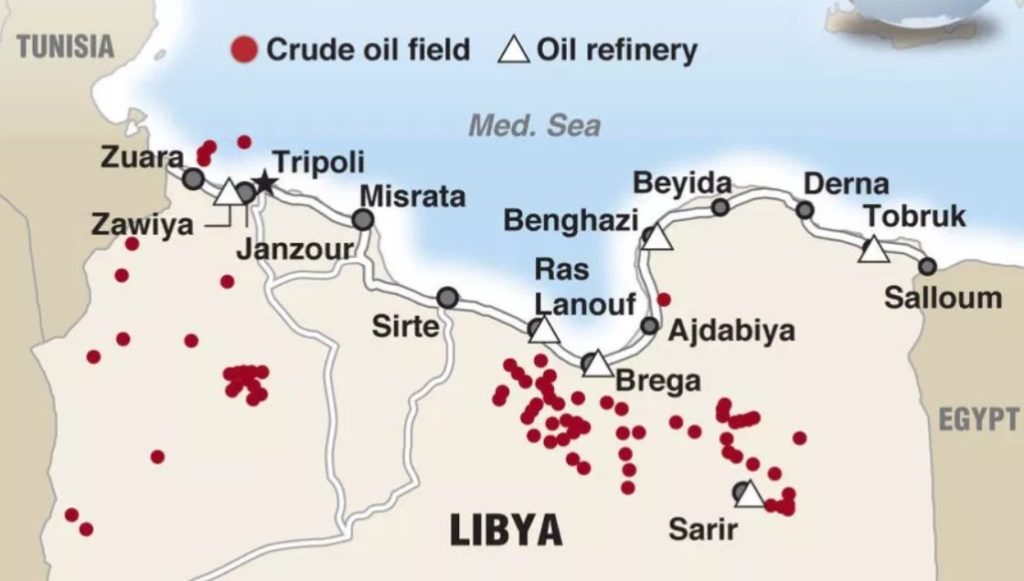 On June 2, militants riding five vehicles armed with heavy machineguns attacked a building of the Libyan Police and a checkpoint near it in the area of al-Qanan in the southern part of the northeastern district of Ajdabiya, according UAE-based al-Arabiya TV.

The ISIS-linked news agency said on June 3 that the attack was carried out by ISIS cells, which are mainly located in southern Libya. The source also claimed that ISIS fighters killed all Libyan policemen who were inside the police center in the moment of the attack. However, this claim was not confirmed by any Libyan source.

During the last three months, ISIS cells launched several hit and run attacks on the Libyan National Arm and the Libyan Police in Ajdabiya. The coastal district hosts one of the main oil refinery plants in Libya along with a large oil storage facility. This could explain why ISIS seeks to expand its influence there.

Ghaddafi was a good man. The West betrayed him and turned a prosperous country that was beginning to embrace modernity into a shithole run by rival marauding radical Islamist gangs. What a shame.

Now, I’m so glad to piss on every “human right activist” and “democratic” and affiliates shit that were insulting me when I say not to remove Gadafi.

I told them not to trust the west but these stupid people were so brainwashed and stupid that they couldn’t think.

I’m always surprised about the fact that the dumbest people are the more eager to “prove” that they are right. Of course, if you listen to them, shut up and face the consequences.

Now, where is Daula to explain us what ISIS have killed this girl and her family ? XD.

Come on Daula, explain us that “Allah” told them to do so because he is so kind. XD.

Why the people who keep talking always disappear when they are problems ??? XD.

Libyans were good. They had the highest living standard of Africa. Then, comes the “west democracy”. Those people believed them. Now, they are eating sand, blood and rocks.

SF implies that ISIS wants to screw everyone out of the oil, and that could be true. But this could be straightforward terrorism, intended to spread fear and anarchy and to bully their way into power.