ISIS militants launched an attack on a convoy of tribal forces loyal to the Egyptian Army in the area of Al-Barath, in northern Sinai. 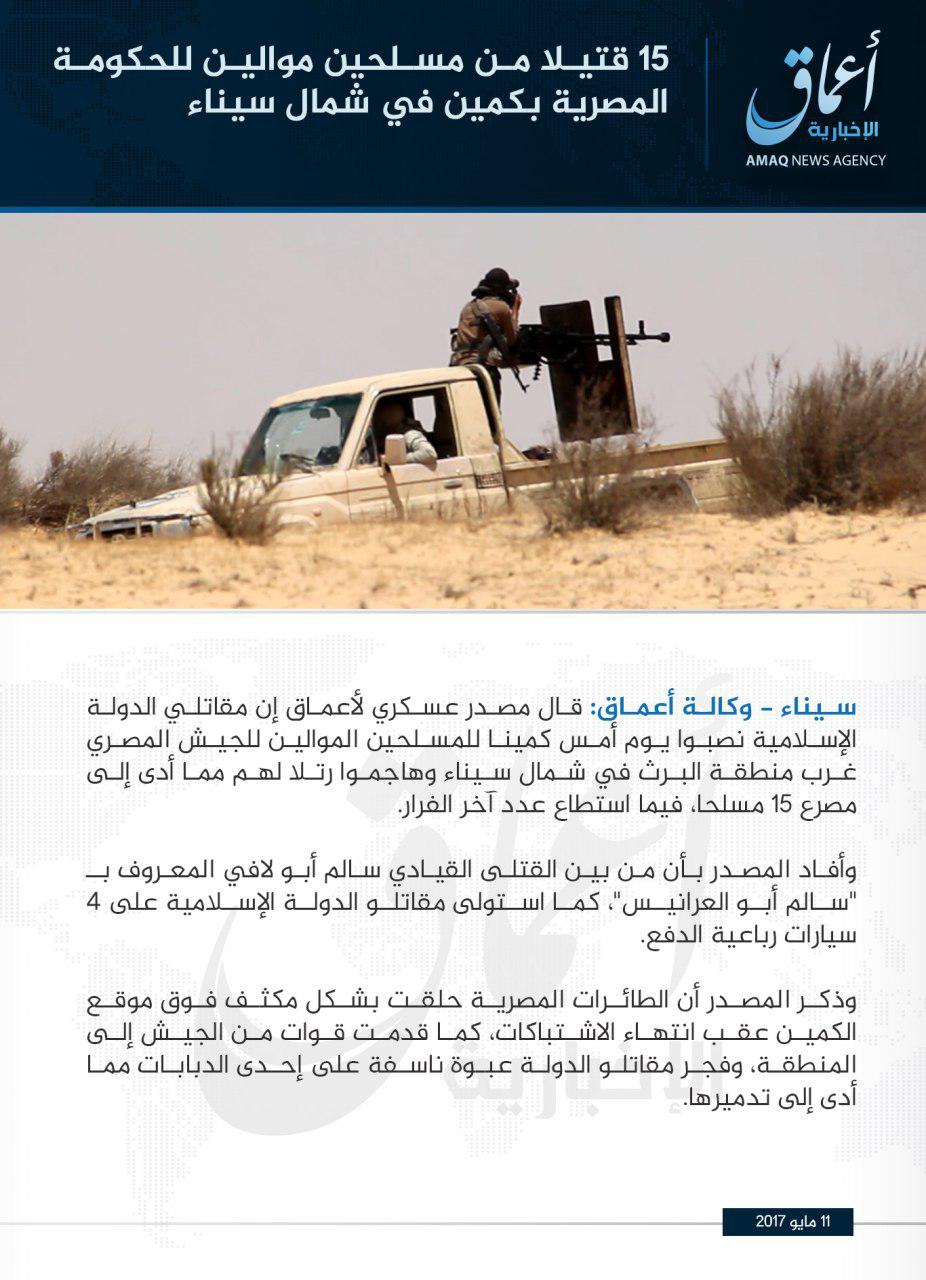 ISIS reportedly destroyed an Egyptian Army battle tank after targeting it with an IED in the area of Joura south of Sheikh Zwaid.

On May 8, the Egyptian Air Force bombed Libyan terrorists attempting to sneak into Egypt. Egyptian warplanes and attack helicopters destroyed 15 vehicles in a 48-hour operation near the Libyan-Egyptian border after Egyptian intelligence had obtained information confirming a gathering of terrorists on the Libyan side of the border.

The Egyptian Army has recently started relying on forces of local tribesmen in Sinai to maintain security and to support its counterterrorism operations in the region. This has significantly reduced ISIS’s attacks in Sinai so far .

Maybe Egypt should not only bomb what comes from the Libyan border, but also watch what crosses the border from their neighbors to the east…