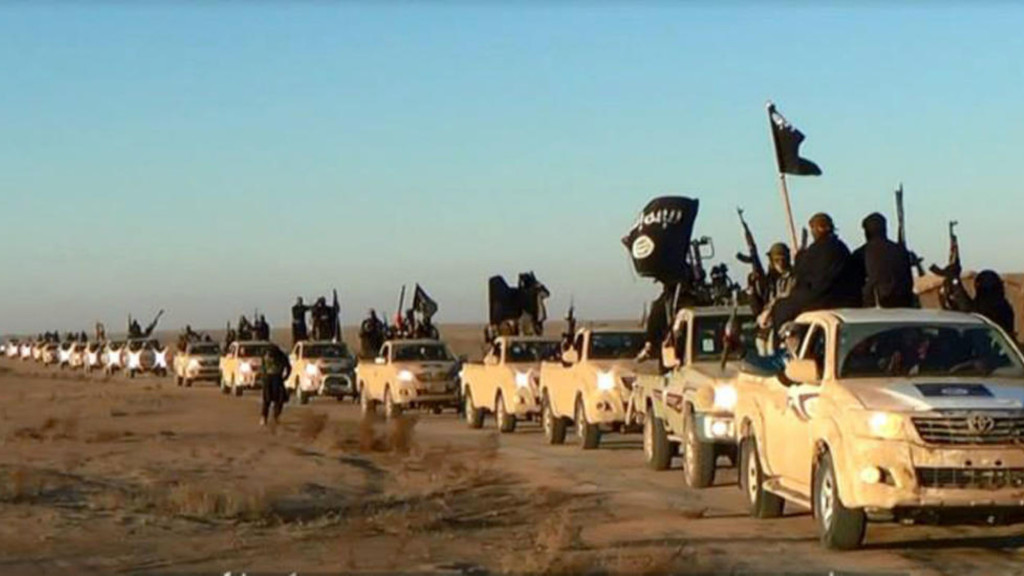 On February 9, ISIS fighters attacked positions of Hay’at Tahrir al-Sham (HTS) and its allies in the southeastern Idlib countryside. Syrian opposition sources reported that ISIS fighters had captured the villages of Umm Khalakil, Luwaybidah and Musharifah.

Between 300 and 400 fighters of ISIS armed with battle tanks, armored vehicles and ATGMs participated in the attack on HTS in southeastern Idlib, according to opposition activists. The numbers are likely overestimated. 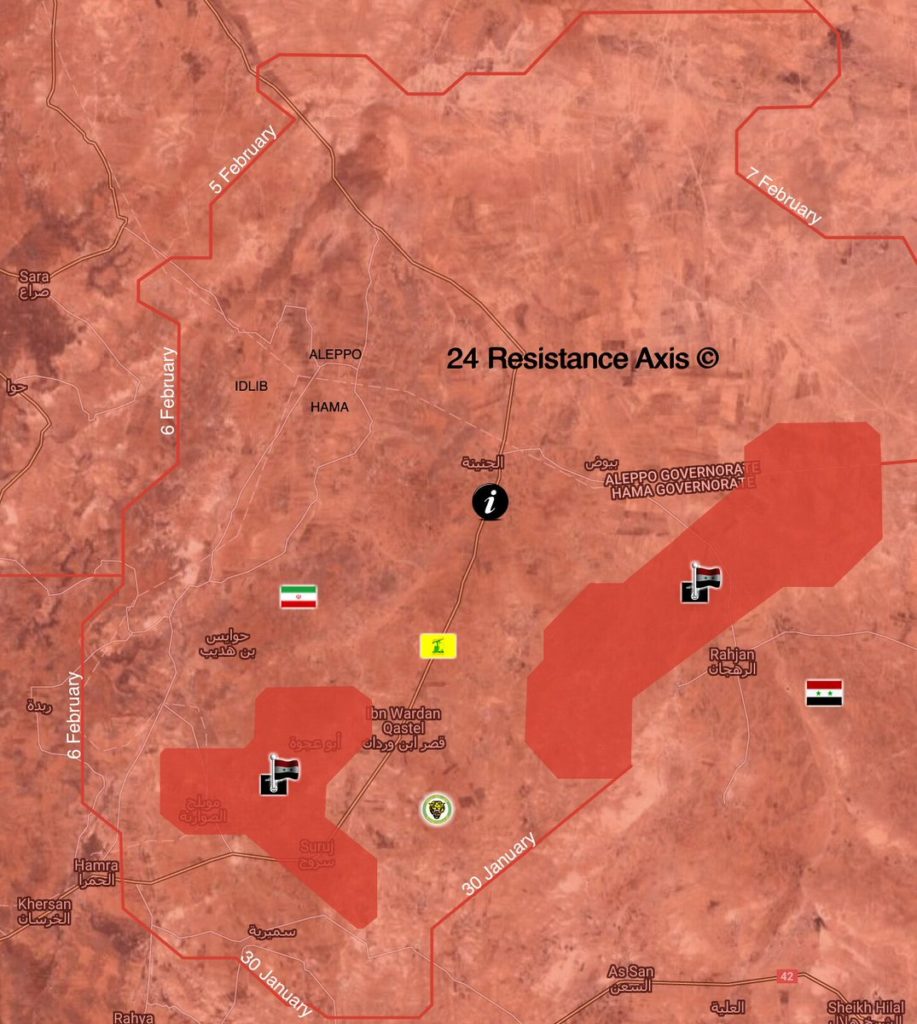 ISIS launched a similar attack against HTS in the northeastern Hama countryside on October 9, 2017. Back then, opposition activists also claimed that the SAA had opened a route for ISIS. However, HTS acknowledged later that ISIS fighters had sneaked in as civilians.

From its side, Syrian pro-government sources said that the besieged ISIS fighters in the northeastern Hama countryside pocket were able to breakthrough the SAA defense lines in the western side of the pocket. According to the sources, the SAA didn’t reinforce its western and eastern flanks before its final push against the besieged ISIS fighters in the pocket. This led to the current situation.

ISIS fighters will likely be able to hold into the positions they captured in the southeastern Idlib countryside and maybe even expand their control there in the upcoming days.

‘Wish You Were Dead’: Civilians Comment On The Battle For Lisichansk

Let them kill each other, it will be easier to clean up the mess later.

But it hurts Trump, Netanyahu and Erdogan. LOL.

Boo Hoo (enough ?) – Right now let them kill each other.

Parasites are eating each other

Was expecting this! LOL

So have I … it came a lot sooner than I thought though!

For USA i rest my case. USA wouldn’t be able to get any counter policy in it’s agressive foreign policies anytime soon regardless who they president or any elect position in it’s administration. For Israel well… they descent into full Neo Nazis like Ukraine and by the looks of it Nuttyyeeho would be keeping most of his political power even after his term ends despite his corruption (he aces his calling. A parasite is parasitizing a parasites) For Turkey now this is where it’s paths branches. Erdogan either have to commit fully into Russian axis which also meaning full demonization plus sanctions further terrorists will be unleashed on his country or he can go back to try desperately licking ass, boots so he won’t get sent into a slaughterhouse for getting out of the line before get replaced with acceptable puppets.

Alright but can you please not clutter the comment area by repeating your comments for an infinite amount of time? Gonna report you for spam, seriously…

Hahaha, cool. If they keep this up ISIS will eventually crawl onto Syrian-Turkish border and then get evacuated into Turkland for their promised land. :}

It looks like some of the rats managed to break through the pocket and reenter “green” Idlib. Now news If SAA lost any important positions?

SAA did the same thing when they capture 400-500 isis members in Deir-ez-zor. If u want to fight for your life do it with other terrorists. Nice strategy.

Hahaha how can ISIS terrorists sneak in as civilians :D!? Surely you can smell those filthy bastards from a mile away!

America will try and stop this infighting. They want their terrorists killing people they want dead.

Technically true – but on ground this is Saudi vs Qatar sponsored Sunni radicals in an ever diminishing and desperate space.

Those ISIS guys just settled in, now they have to move again.

Thought it was too fast. Theyre just constantly relocating from dez to sukhnah to qaryatayn to akerbat pocket then rahjan pocket then the suruj pocket and now further west. We soon see isis in idlib city lol

They have no lack of loyal support among the factions as HTS there joined them and number over 2000 despite losing a couple hundred in the process, need something like 15-20k to surround 1000. Hard to do when your still clearing mines and providing protection and patrols searching areas, why they ran so fast. They had coordinated intel and communication very definitely a NATO run operation.

It’s official the map used by Syria.liveuamap is fake and fabricated. SAA claimed few days ago they cleaned out this pocket and all of sudden they still hold large chunk of land and then have even attempted to enter rebel held areas? This is huge contradiction by any strandard and it seems like ISIS popped up after being finished as claimed by SAA out of thin air. Hokus pokus Magic?

It just dosen’t make sense whatsoever for any intelligent individual. They ousted themselves and got exposed. It’s like kindergarten coloring contest on that map and nothing really factual

That site is all wrong, even the exact location of towns, villages are manipulated.

So where is your map that’s completely accurate to the situation on the ground then?

Taliban can hide successfully,large groups of Syrian patriots would be blown to bits.

Syrian nation is not lonely but they are a member of a team of Russia, Palestine, Iraq, Iran, China, Korea, Pakistan and they will win. Washington fought 30 years in Afghanistan and finally they lost because that is a country surrounded by a group of a team of very good players. Afghanistan have crippled the US economy but they have not realized yet.

Haha, rules of the game stays the same. Said this about a month ago.

Isis fighters disguised themselves as civilians. The SAA just evacuated some civilians to idlib. Obviously, the SAA knew who they were and allowed them to carry weapons with them.

Interesting the original 900 force is now around 400. It will probably grow again.