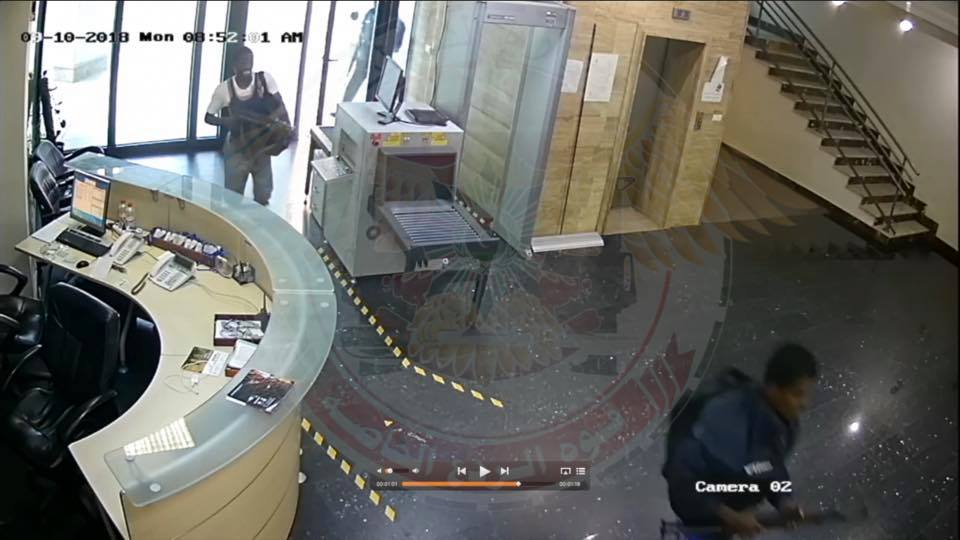 On September 11th, ISIS claimed responsibility for a suicide attack on the headquarters of Libya’s National Oil Corporation (NOC) in the Libyan capital of Tripoli.

The attack happened on September 10th and it left 2 employees dead and 10 injured.  Three attackers died in the assault on the NOC’s offices in the Libyan capital Tripoli, IS said in a statement published by the SITE Intelligence Group

In the statement, ISIS said it hit the “economic interests of the pro-Crusader governments of the tyrants of Libya”, describing the oil company as a legitimate target which funds “the war on the mujahedeen [holy warriors].”

Libyan security forces said on September 10th that they had found the remains of two suicide bombers inside the NOC headquarters. The United Nations mission in Libya denounced the bombing as a “cowardly terrorist attack.”

This assault comes 4 months after in May 2018 the headquarters of the country’s electoral commission in Tripoli was hit by suicide bombers, killing 14 people. ISIS also claimed responsibility for that attack. As reported by News24, group gained ground in Libya during the chaos following the ousting of dictator Muammar Gaddafi in 2011.

Despite being driven in December 2016 from their main fiefdom of Sirte, east of Tripoli, ISIS continues to carry out deadly attacks. It still remains active in the center and south of Libya, with “sleeper cells” in northern Libya, according to analysts cited by News24.

As a result of the attack, the Government of National Accord (GNA), the UN-backed unity government in Libya, put its security services on maximum alert. Security is being ratcheted up to maximum levels at all sensitive sites in Tripoli including embassies and diplomatic missions in the capital, according to the Libyan Observer, cited by Business Standard.

Late night September 11th, France24 cited residents who said that rockets were fired late in the direction of the airport in Libya’s capital. A spokesman for the Mitiga airport, the only one functioning in Tripoli said there were no casualties or damages. However, Libyan channels reported that several people had been wounded by the rockets, one of which landed in the Mediterranean Sea.

Matiga airport lies in an eastern suburb. A Libyan Airlines flight bound for Tripoli from Alexandria, Egypt, was diverted to Misrata, the airport said on its Facebook page. Misrata lies about 190 km (120 miles) east of Tripoli. A spokesman for Misrata airport said that all flights bound for Tripoli would be diverted to Misrata. No group has yet claimed responsibility for the attack, as of September 12th.

The assault on the NOC building comes 8 days after on September 6th it was announced that the UN’s special envoy to Libya, Ghassan Salame brokered a truce after days of fighting in Tripoli. The clashes in the Libyan capital began as in-fighting within the Government of National Accord dramatically escalated, plunging the country’s capital into chaos. According to local sources, several armed groups that are tasked with protecting the areas around the capital, led by the Tarhona 7th Brigade, attacked the positions of the groups, which are based inside Tripoli.

Libya is chaos, anarchy…excuse me “modern democracy” brought by NATO..

‘Dictator’ Gaddafi? While he was in power no Wahhabis were around. Period. Country was ritch and stable.

That’s the thing with dictators – they tend to rule with an iron fist.

Bye Bye Libya, it was nice knowing you. May you rest in peace.