Former Israeli Defense Minister Moshe Ya’alon has accidently acknowledged that Israel has an open communications channel with the ISIS terrorist group, or at least its part operating in the Syrian Golan Heights.

Speaking about Israel’s neutrality in the Syrian war on Satuday, Ya’alon said that the terrorist group apologized for opening fire on Israeli Defense Forces soldiers in the occupied Golan Heights.

“There was one case recently where Daesh [ISIS] opened fire and apologized,” the Times of Israel quoted Ya’alon as saying.

According to the media outlet, it was “an apparent reference to a clash that took place near the Syrian border last November, in which IDF troops exchanged fire with members of the Islamic State affiliate. After a brief gun battle, the Israeli military attacked the terrorist group with airstrikes and tank fire, killing four of them.”

Khalid ibn al-Walid Army, a local branch of ISIS, is a designated terrorist group and communication with it is illegal (ever under the Israeli law). However, Israel is very neutral in this war. So, it can ingore this.

Kinda confirms the origins of ISIS, their funders and alliances.

I am not surprised. Its only confirming what we all know BUT all too many refuse to recognise.

It’s what’s called “friendly fire” – you’re supposed to apologise when you fire on your allies.

We do not need any spy agency to find out who is supporting ISIS they just let it slip out over time. The US and Israel must share the same brain cells.

Kell
Reply to  Russell A Wilson 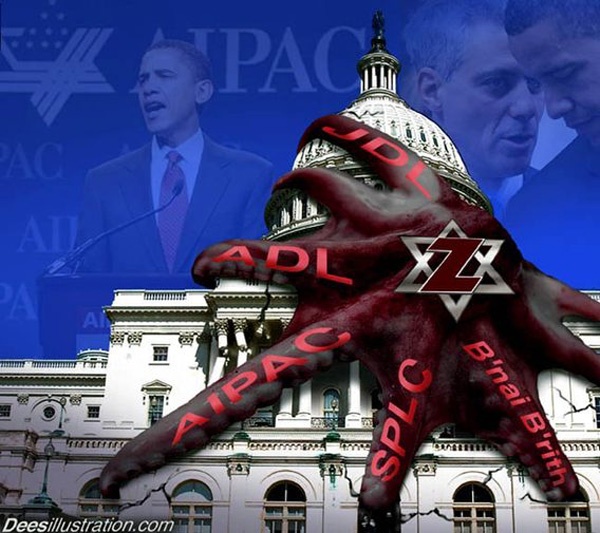 Funny how ISIS is right on isreals northern and southern boarders, but they’ve never attack isreal or killed a single jew.

Yes I don’t think ISIS apologizes to France, Britain, Germany, the USA etc etc.
They show this in Israeli media but if any media or politician in the Israeli occupied slave empire showed it or talked about it they would be called racist, arrested etc. for talking
about and reporting on the truth. Nothing beats a confession this time from the
Israeli defense minister.
Is there any doubt who the creators and masters of ISIS and Al Cia Da are???
Is the times of Israel anti Jewish and against Israel for saying this???
http://www.timesofisrael.com/ex-defense-minister-says-is-apologized-to-israel-for-november-clash/
How about pictures of the the IDF hanging out with their Al-Qaeda buddies.
Al-Qaeda to IDF “Hey Schlomo its 5:00 pm that means its bitch raping, child sex killing, heart eating time. How many will you let us do today? IDF masters can you please show us again how it is to be done, we forgot some of the training you gave us in genocide.

ISIS and Kurd’s are apart of greater Israel. They aim to wipe away all Christians & all Shia & all Alawite & all monotheist-Sunni. Only those Sunni who fight for Jewish-supremacist shall be accepted into this greater Israeli-Empire! ISIS now has F-35 jets to call in for support every time they need.
https://www.youtube.com/watch?v=f-FYsCvQkS8

You forgot the Druze.

IS holds the keys to both Paradise and Salman’s demise, sure they are finished as an active State because Erdogan and Kerry pulled their support but likewise also Zawahiri is finished as a radical alternative, he is no longer convincing prospective recruits, if you believe torture and torment tenders no ill will or that I’ll will needs the multitudes to support it your wrong, sedition is enabled only by subservience, beat up garbage like this weird Gorbachev appeasement, comparing al-Baghdadi to Zawahiri will cause many extra deaths and quicken the walking dead body of Salman the jew.

Zawahiri is sitting in Karachi alongside Saif Al Adel planning another 9/11 that will launch the career of Hamza the Horrible. He is looking to Hamza as the Future and a merger w ISIS once Baghdadi is killed and the group is leaderless.

Not true, and another thing Osama bin Laden didn’t do 9/11 it was the Saddam Intelligence Network, also no chance of a merger all al-Qa’ed’s funds are from the GCC who don’t trust al-Baghdadi since IS are the footsteps of the Saddam Intelligence Network, they all believe in “Said K. Aburish’s” analysis that KSA sponsored the Kuwaiti provocations that led to Saddam’s demise.
The hypocrites of Saudi Arabia is the target of IS and al-Qa’eda is it’s protector, but in Yemen AQIAP is not supporting Zawahiri that’s why Ansurallah are going so well, of course Baghdadi will blessed with martydom how else could I ascend into leadership?.

This is funny! When all this fighting broke out and different militias gained control of the Golan Heights, Israel notified them and Damascus that any errant fire into Israel would be returned and if ANY of them started terrorizing the inhabitants of certain villages due to their religion then the SDF would cross the border and wipe them out. The latter was to protect the blood relatives of Syrians residing on Israel’s Golan Heights who were allowed to visit family on the other side before the fighting broke out. After hostilities broke out, Israel allowed those Syrian families to send their wounded members into Israel for medical treatment regardless of whose side they supported or which militia they were fighting with.
Anyways, that ISIS affiliate had enough sense to apologize for some fighters’ stupidity and probably chopped off their heads in front of the ranks to ensure nobody else would pull such a fool stunt.

They don’t have Dabiq Yet Guys! Nor leadership of the Ummah.

It is called Survival and being in submission to the timing set out by Mohammed.

Those who back ISIS have been routinely backing the moves to demonise Israel too.
They want the Jews to gather there in their self populating Aushwitz.
Then the Muslims etc to Hate on them
And the Christians to get tangled in the sandwich.

Then they want you all to kill each other in the billions and the atheists and Luciferians of the UN and those that Hijack governments all around the world will have their depopulated utopia.

Notice none of the Big Buck supposed Zionists ever live in Israel!!!

You don’t set up a bulls eye target and stand in front of it.

But You DO do evil in the name of those you hate…. and stand aside while the others you hate go after them.
Which is why all these fake Jews do what they do so boldly in the name of Jews…. Yet Never live in Israel their Bulls eye target!!
Soros Rothschild etc.

You are being played for fools and being perfect pawns in their game.

Or join those being encouraged to become “Martyrs by the Million”! (Google That).