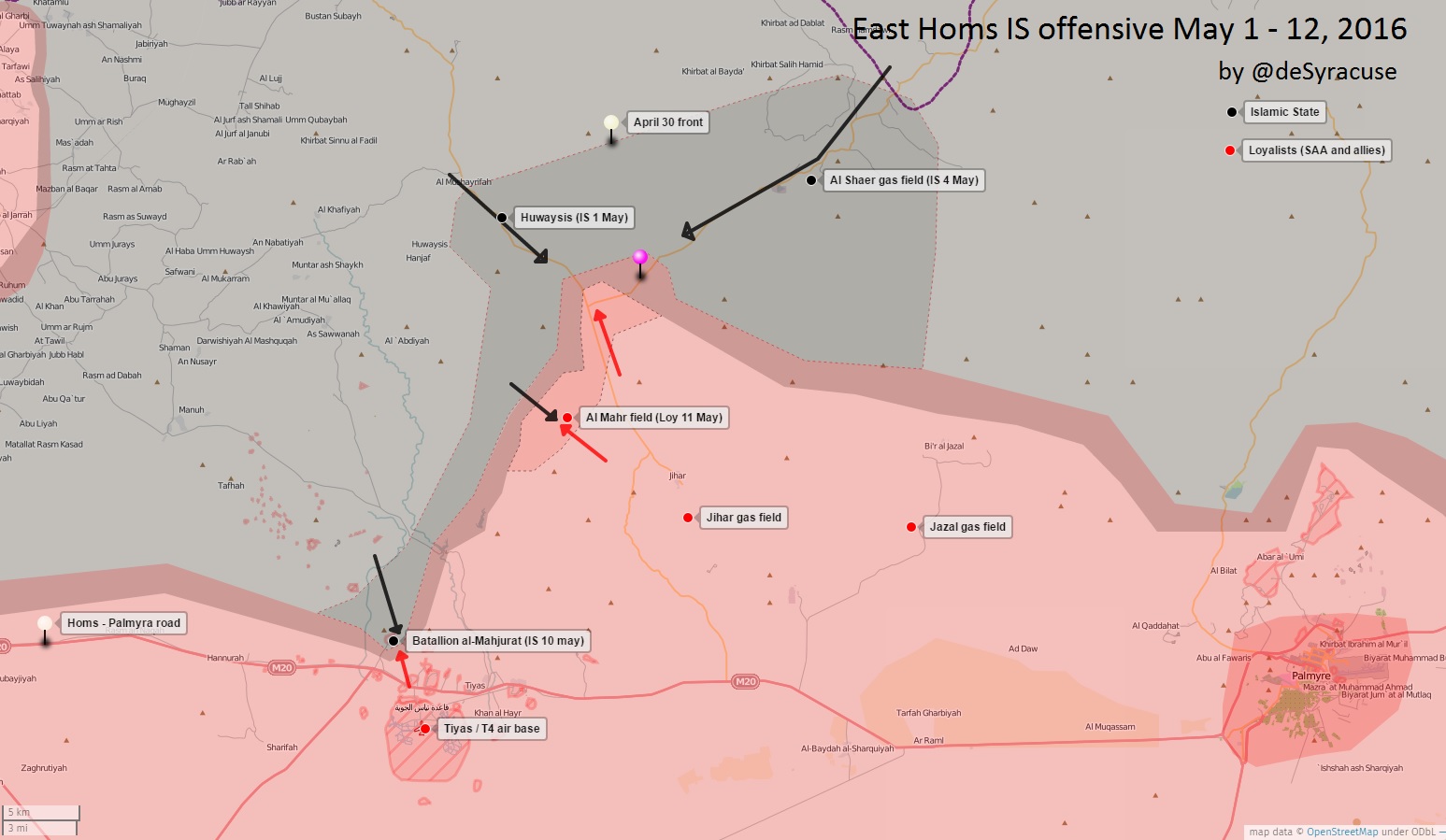 On May 12, the ISIS terrorist group continued its advance in the direction of the T4 airport in order to cut the pro-government forces in Palmyra from the city of Homs.

Following the successfull operation in the area of Abandoned Armored Battalion, militants seized Abandoned Muhajarah base near the airport. Thus, the militants’ forces are in stricking distance from the T4 airport that hosts warplanes of the Syrian Arab Air Force and some fighter helicopters of the Russian Aerospace Forces. 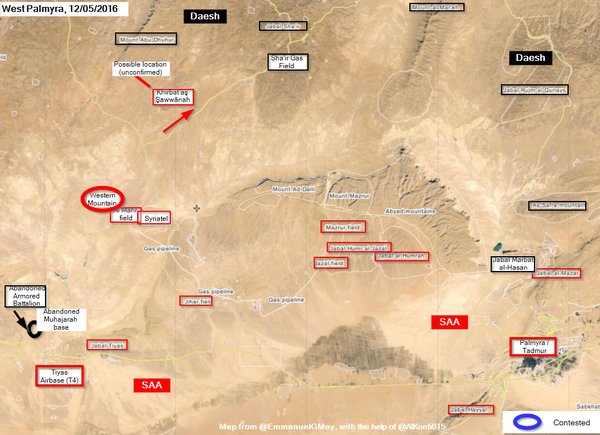