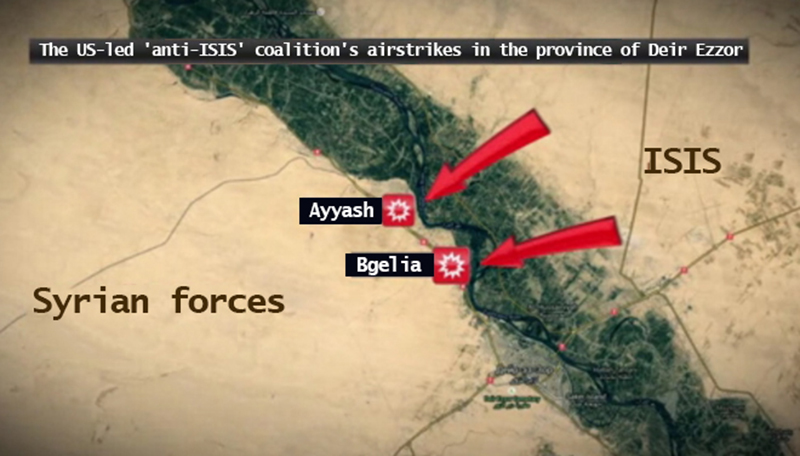 On Sunday, the US-led ‘anti-ISIS’ coalition poundend the Syrian Arab Army’s positions in the province of Deir Ezzor. 1 soldier was killed and half dozen others were wounded.

According to the reports, the military camp belonging to the SAA’s 137th Artillery Brigade in the village of ‘Ayyash was a main target of the US warplanes.

After the US air raids, the ISIS militants started a full-scale offensive on the villages of Ayyash and Bgelia in this area.

With the shift of Turkish armor to the north of the battlefield, and the US supporting ISIS with a strike against Syrian forces, is the US seeking to carve out oilfields in the North of Syria and Iraq as a Kurdish “rump” state or two micro-states (Western Kurdistan and Southern Kurdistan as the Kurds call them) under Western patronage? This would also be a great face-saver for Washington and Obama whose political capital is at a low ebb, since the tide turned and Russia took the moral high ground. Obama can claim he is helping an oppressed minority. By leaving Syria and Iraq with most, but not some key, oil-endowed, parts of their countries, the US hopes to snatch a sneaky victory from the jaws of total defeat. Opinions?