ISIS terrorists are developing multiple advances against Syrian government forces in the area of ancient city of Palmyra.

As result of today morning atack at the Huwaysis-Shair front, ISIS units seized a number of points there, captured outskirts of Arak and engaged the Syrian army in the area of Jazal (now it’s unclear who controls it).

Now, ISIS is in full control of Huwaysis and Qasr al-Halbat and is also developing an advance on Palmyra from the southern direction.

Since morning, the group has used a high number of vehicle-borne improvised explosive devices (VBIEDs). Pro-government sources report that many of VBIEDs were made on the basis of infinghtry fighting vehicles.

In turn, the Syrian Air Force has intensified air raids in the area of Palmyra.

The map below depict the military situation in the area, according to preliminary reports: Does everyone remember the 8-10 thousand fraud “ISIS” “terrorists” that were “evacuated” from the Mosul fiasco over a month ago and then redeployed (thanks to the United States) into Syria?

Ever wonder what they were going to do once they got into Syria and where they would be sent?

Well I guess now we have our answer here…

US is the real herpes in the Middle East.

Please do not insult Herpes…. The US is far worse….

And speaking of herpes… I do wonder if the author of this piece realizes what the attached map looks like…… (Sorry, but it should be apparent to anyone…) 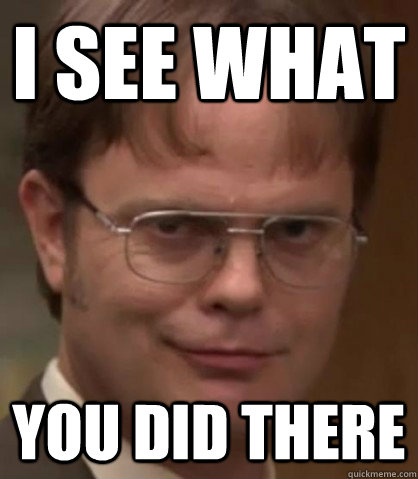 i wonder why russia didnt obliterate them on sight. THAT’S the really strange part…

Because they were protected by the US airforce and military as they made their transit across the open desert into Syria… If that does not tell everyone the bitter truth that the US is behind ISIS once and for all, then nothing will…

Why Russians are not doing anything to help the SAA right now in Palmyra region?

They had been carrying out attacks with helicopters and aviation for months now. They hadn’t responded yet to this offensive but that’s because it started a few hours ago.

This is the result of stupid tactics of SAA. They take a road and not the sides.In Daraa after Sheik meskin did not take Ibta and Dael. After north-aleppo offense in february did not secured the Gaziantep road with all towns on both sides of road from biyanun to mansoura. If the were done, already before summer was fallen east aleppo city. Also had to take dayr hafir on the east side of the city. They sent to Tabqa army along 1 single road. They shoud paralelly take also al kabirah eith airport and so avoid to send isis reinforcements from north. After palmyra they had to secure the south road to quaryatayn. this is the key to control the area up to jordanian border. After that take the road between salamiyah and palmyra. Everywhere the momentum was on the side of SAA. The could be successfully with least effort. Go in one way and turn back via another road. So simply.
If they do always only half work, thousends die for nothing. :(

It’s the direct result of a shameful invasion by a western and Gulf terrorist army. Their predictable response to an almost certain victory in Aleppo; divide and divert.

I am resposible for myself. Syria is for itself. America does what does, but the tactics of SAA is woeful.

In your universe, war criminals supporting terrorists….good.
A nation defending its borders…bad.

do not put your words in my mouth :)

wonder how the SAA still hasn’t requested you to enlist with the initial rank of general to run the whole theatre.

I didn’t follow the specific operations sólyomszem is referring to, but unfortunately, it is likely he is correct. Yes, it is much easier to be an armchair general than a real one, but the SAA was never a particularly good fighting force and while the war combined with the various Russian, Iranian and Hezbollah advisors have probably improved it, they aren’t likely to have magically transformed it into an adept one, especially at the senior command level, where most of the officers will have been chosen for their presumed loyalty, rather than operational skill. After all, unlike in Hollywood and popular mythology, there is no strong correlation between righteousness of cause and military effectiveness. I would add that members of the Wagner group who assist the SAA haven’t had a particularly flattering opinion of their fighting ability, nor have the IDF, who have fought them more than anyone else has. For example, both the current IDF chief of staff and a previous one have offered scathing opinions of IS and the various Islamist rebel factions as fighters, and suggested that they continued to exist only because their adversaries are similarly lacking in skill, and that is was only because of the limited decisiveness of airpower alone that prevented the Russians from annihilating them by now. That actually has some amusing overtones, because by implication the Israelis suggest that the US-led coalition is either obviously not even trying to defeat IS, or they have suddenly become remarkably incompetent.

my point has always been that it’s basically useless to discuss tactics when there is no “intel” data. I wasn’t criticizing the contents of the previous poster comment, he could be right, or completely wrong for that matter. The more particular you get about a certain scenario, the less you are supposed to know – even real-life commanders at every operational level usually don’t have a 100% clear and safe picture of the reality, and more often than not they need to keep their plans general enough to adapt to unpredictable variations when the events are in motion.
To add to this, seems to me that most of the “armchair generals” (at least those which look more competent) have studied ww2 operations to some length, and they tend to apply the same principles to the current operations in Syria and Irak. This is not wrong – again to some extent – if we remain in general terms which apply notwithstanding the historical era.
In regards to the comment of the IDF CoS, the first thing coming to mind is that the IAF itself has always refrained from launching strikes against ISIS, at least in a decisive way – I mean, they could criticize others of being not effective (and this can be argued), but the only missions they flew were against Hezbollah, who are ISIS enemies.

Sure, that is all reasonable. As it happens, the lack of Israeli attacks on IS was exactly what was being discussed in both the conversations with the Israeli generals, in interviews for Israeli newspapers. The Israeli public has been concerned that their government seems to be taking the side of the Wahhabi terrorists, since they provide them medical care, and as you say, have only attacked Hezbollah and rarely, the SAA itself. For obvious reasons, Israeli citizens are disturbed and often angry that their government offers medical acre to people who ostensibly want to kill them, and are afraid they will attack Israel at some point. Now, interestingly, and again contradicting the line in our press, both generals admitted that this was true, that the government saw Hezbollah as a greater threat to Israel; thus a destabilised Syria that couldn’t be a Hezbollah supply line was advantageous to Israel, though they were non-hostile to Assad himself, beyond his friendship with Hezbollah. Because they regarded the takfiris as useless fighters, that could be disposed of at any time, they argued that they were the lesser evil to Israel, and thus they supported them in opposition to Hezbollah and Iran. So, ironically, Israel is pretty transparent about it’s foreign policy in the situation, at least in the Israeli press.

Terminate the Allepo operation as soon as possible and then move the SAA wariors to Palmyra region. This Palmyra “spur” looks very provocative, to cut of it and break supply lines. Very deep in ISIS/ISIL held area…

Seems my opinion what next after Aleppo turns out to be right.Raqqa and Deir Ezzor,connection to Iraq must come next.That will also clear the situation around Palmyra.

Jupp… This is how you PENETRATE enemy lines..

well if Palmyra itself is fortified well enough, it can hold out till reinforcements from East Ghouta arrive (few days) that’s important. next 48 hours are going to be crucial.