On Saturday, the Syrian Arab Army (SAA) and allies captured territory from ISIS east of Aleppo including a stretch of highway leading to the jihadists’ main stronghold of Raqqa. 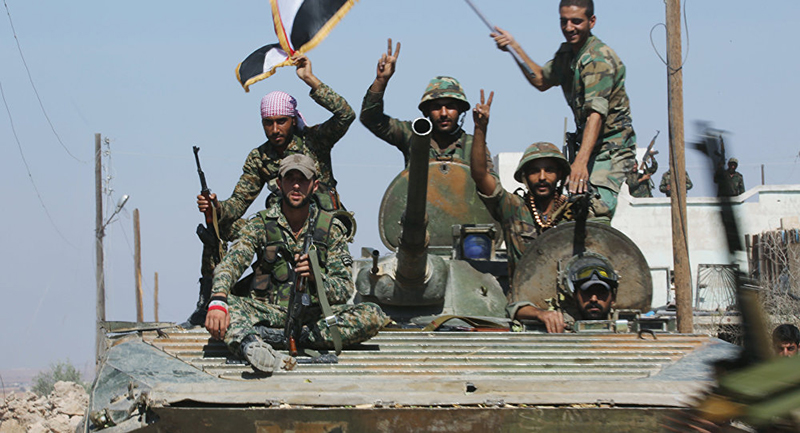 The Syiran foreces supported by the Russian warplanes broke the ISIS defence lines and captured areas east of the Kweires air base.

Earlier in November, the SAA lifted the siege of the Kweiris military airbase.

The airbase had been under ISIS siege for two years until the Russian military operations in Sira allowed pro-government forces to advance on the militants there.

According to the field reports, the army captured two villages and large swathes of farmland about 60 km east of Aleppo.

The Syiran forces have also made gains against ISIS in the southeast of Homs.