On June 22, 1941, Hitler launched Operation Barbarossa against the Soviet Union – perhaps the largest ever invasion force by one country against another involving up to four million combat and 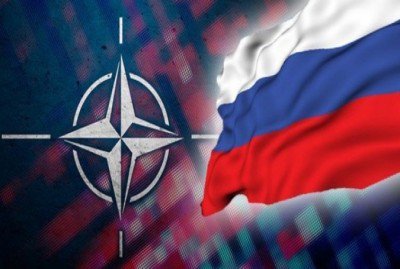 His ambition to conquer the Soviet Union, acquire Lebensraum, its resources and enslave its people failed. So did Napoleon 130 years earlier against Tsarist Russia.

Does Washington plan repeating their mistakes?

Anti-Russian hostility and saber rattling should scare everyone. US-NATO military exercises on Russia’s doorstep are provocative.

They repeat with disturbing regularity. BALTOPS is the latest.

On June 5, NATO said “(s)cores of ships and aircraft from 17 countries are taking part in Baltic Sea naval drills as part of exercise BALTOPS which started on Friday, 5 June 2015 and runs until 20 June.”

“Allied participation demonstrates NATO’s resolve to defend the Baltic region, and will hone the ability of Allies and partners to work together.”

“Fourteen NATO Allies are joined this year by NATO partners Finland, Georgia and Sweden. Overall, 5,600 troops will be involved.”

NATO Commander of Naval Striking and Support Forces  Admiral James Foggo said “(t)his exercise represents an important opportunity for our forces, as allies and partners, to enhance our ability to work together and strengthen capabilities required to maintain regional security.”

A previous article asked if US-dominated NATO planned war on Russia – the madness of potential nuclear confrontation if launched.

Mounting evidence should give everyone pause for concern. Provocative US-dominated military exercises near Russia’s borders suggest preparation for war.

So does irresponsible Russia bashing – a regular drumbeat of Big Lies. State Department spokeswoman Marie Harf is paid to lie.

“Russia bears direct responsibility for what’s happening in Ukraine,” she says – despite no evidence suggesting it, plenty pointing fingers at Washington and its rogue allies.

Russia is the continent’s preeminent peacemaker. America and its Kiev proxy want war.

– Russia supports Donbass militia fighters “with weapons – including sophisticated heavy weapons – with soldiers and with training:”

– Russia “use(s) force – or the threat of force – to achieve its strategic objectives:”

These allegations are false.

Vershbow said “(w)e are putting NATO into a position of strength…to protect our allies (and) engag(e) with Russia” – code language for confrontation stopping short of declaring war.

“I think that only an insane person and only in a dream can imagine that Russia would suddenly attack NATO.”

“I think some countries are simply taking advantage of people’s fears with regard to Russia. They just want to play the role of front-line countries that should receive some supplementary military, economic, financial or some other aid.”

Moscow wants demilitarization while Washington’s agenda is polar opposite.

“I invite you to publish a world map…and mark all the US military bases on it,” he said. “You will see the difference between Russia and America.”

America under George Bush withdrew from the ABM treaty, not Russia. It limited anti-ballistic missile arsenals. Putin called it “the cornerstone of the entire international security system.”

“Everything we do is just a response to the threats emerging against us,” he explained.

“Besides, what we do is limited in scope and scale, but is, however, sufficient to ensure Russia’s security.”

“(W)e can only perceive it negatively…because it will be a threat to the Russian Federation. In case there are missile defense systems stationed in Ukraine, Russia will have to take retaliatory measures to ensure its own safety.”

“OSCE monitors should not simply note ceasefire violations, but clearly write down the purpose of these attacks, and who suffers from them –  civilians or military units carrying out artillery fire against settlements,” he said.

Ahead of the June 7 and 8 G-7 summit in Germany, Obama spoke with Poroshenko. He reaffirmed strong US support “for Ukraine’s sovereignty and territorial integrity.”

We have been here listening to American Trash talk about Russia. US government claims Russia is engaging in aggression;yet is America that is rolling mega armaments up to the border of Russia. It was America that persuaded extremists in Ukraine to violently overthrow Ukraine’s democratically elected government.That left the Russians living in the Ukraine with out representation.Excluded from a democratic voice . They were politically isolated; without democratic representation the only recourse was to form their own independant areas. Yet the US even paid the Nazi extremists to carry out chaos. That is until the American congress put a stop to supporting the Ukraine Nazi’s. Americans are sick of the greedy liars that occupy our seats of power. As you can see we are bouncing them out of their corrupt privilege . Putin is more of an inspiration to the Americans than the lizards of Washington that are sucking our blood. We saw how he turned his country around.