According to the independent analyst Andrey Knyazev, the US is planning to completely reformat the Ukraine and it should be done somewhere in the middle of spring this year. 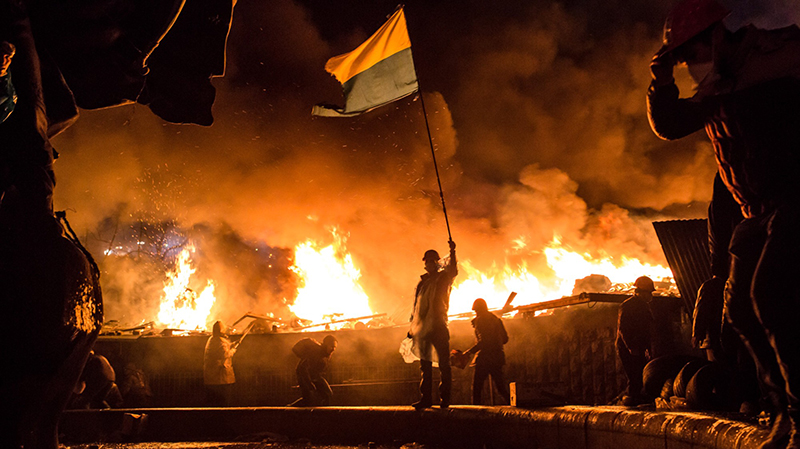 The independent analyst Andrey Knyazev said he has a reliable information that this spring the Americans are planning to completely reformat what we call Ukraine today. First they will try to change the government, as well as the statehood itself. He mentioned that there are several options of how it will develop.

He continues by going back into the past during the confrontation between USSR and the US when the American military doctrine carried on one large and two local wars. After the collapse of the Soviet Union the US changed this doctrine and began to assume waging three local conflicts simultaneously. Not even a year passed by and the Americas already started talking about two local conflicts. In fact, now we can see that the Americans are actually managing four local conflicts: the Middle East, the South China Sea, Ukraine and Europe which has to be persuaded to sign the so-called Trans-Atlantic pact. So, according to him the American cannot afford Ukraine as it is today. There are simply not enough resources.

“You should never believe Americans when they say they can print as many dollars as they wish to”, said Knyazev. “If they could, they would have done it long ago.”

What Ukraine gets now is not direct investments. It is so called “money to keep the trousers up”, which means money to pay loans and social obligations. Nothing is invested in the Ukrainian production, therefore nothing develops and it only collapses. That’s why today the Americans do not have enough resources for Ukraine.

Knyazev said that there are two main groups in the US. The first one he calls “doves” and “hawks”, whose clans are tied to the transnational corporations (Transcons) and clans tied to the national elite – mostly representing the MIC (military industrial complex).

“How Transcon groups behave can be seen on the example of the company Coca Cola which drew the Crimea as a part of Russia on their maps.”

Then we have another group, “the Patriots”, who are a completely different story. Their production is fully tied to the US, because their main focus is to defend the American interests. So, now there are very serious tensions between the Transcons and the Patriots in the Ukraine. And it seems like there is only one thing they both agree upon. Both groups agree that it is impossible to leave Ukraine in its current state.

Therefore by early spring they are planning to create a conflict, the situation in Ukraine which will result in the elimination of the government.

According to Knyazev the Transcons and the Patriots are considering several options for the future arrangement of Ukraine. One of them is a division of the country into three parts.
The current regime in Central Ukraine will be replaced with the openly Nazi one. At the moment two candidates to head it are being considered. Those are Biletsky (the founder of the battalion Azov and a MP) and Sadovoy (the mayor of Lvov and the leader of the party Samopomosch).

The region of Galicia is planned to go to Poland, Bukovina to Romania and Transcarpathia to Hungary. In these areas there are already present various foreign emissaries, political parties and even the private military companies (PMC), said Knyazev. The South-East will probably, under some conditions, pass under the protectorate of Russia. It is not for nothing that Kerry flies to Russia so often. The conditions are as follows: the Republics of Donbass are not to become a part of Russia but to receive the status of Abkhazia and South Ossetia.

The complete implementation of this option is planned for the late summer of 2016, Knyazev said. And at the same time he put it out for the citizens of Ukraine to get ready for the fact that in the spring they will find themselves in a fire again. He warned for numerous provocations which will most likely take place and that situation will be thoroughly rocked.