Driven by WHO, the Geneva UN Medical Directors (UNMD) group has just issued a CONSENSUS STATEMENT for UN staff in Geneva that is essentially warning UN staff of stricter measures to be taken, such as mask wearing in the office when 2-meter distances could not be respected, as well as increased working from home again, when as recently as in June these conditions were relaxed. Working from home means separating colleagues from each other, connecting them by Zoom, but NO HUMAN CONTACT. That’s the name of the game.

The UNMD refers to the Canton of Geneva’s new regulations, based on Switzerland’s claim of a steady increase in Covid-19 “infections”. Since the beginning of July new “cases” have surpassed 100 a day and reached even way beyond 200 at the end of July and above 250 in mid-August. The testing positive has allegedly steadily increased and often by close to 10% per day. Now, surprisingly – they say – 40% of the “cases” concern people between 20 and 40 years of age. But who checks? – Is it a mandate by WHO to diversify the statistics, so as to better justify universal vaccination and another total lockdown? 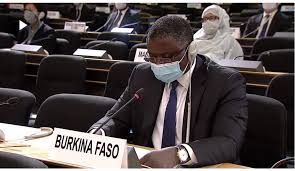 We know by now that nothing of this, masks, “cases / infections”, quarantine, lockdown, vaccination, or any other repressive measure have anything to do with covid. They are means and instruments for the New World Order (NWO) to “train” the population for total obedience and control by the invisible super power, or deep dark state. WHO plays a key role in this nefarious plans, as it still is regarded by most people and governments as an authority, as far as world health is concerned which sadly, it has ceased to be decades ago.

The Canton of Geneva, where, incidentally, WHO and the UN are located, is the “worst” Canton of Switzerland, counting for about a third of all “infections”. So, say the Swiss authorities. A spokesperson of the Swiss Ministry of Health remarked, “if Geneva were a separate country, anybody coming from Geneva to the rest of Switzerland would have to go into quarantine.” 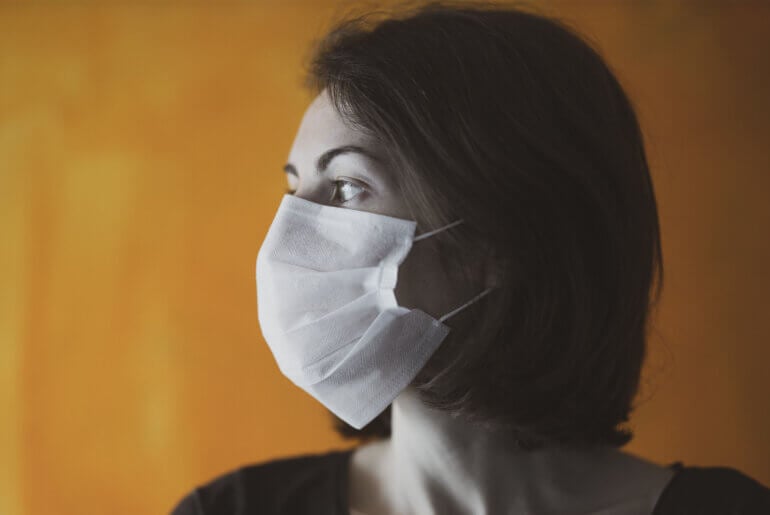 That’s the level of fearmongering going on – justifying obliging face masks in public places and shops and closed areas. Never mind that there is a strong protest of small shop keepers and retail corporations, since they are losing rapidly customers. People do not want to shop with masks. They also find it useless. So, they migrate to online shopping, much of it abroad. Retail losses are estimated at least at 30%. There is already talk of forcing a masquerade also in the streets. Likewise, new emphasis is put on ‘social distancing’. People are to be trained and reminded at every corner to stay away from each other. A masquerade with people walking – in lockstep – or standing two meters apart.

If a Martian would see the human race, no backbone, no self-esteem, just following orders for what most serious scientists consider human history’s worst hoax – he or she, the Martian, would think “the human race has gone mad, let them lockstepping themselves into oblivion. Let’s the hell get out of this lovely blue but crazy planet.”

And the population zombies along because the authorities order them to do so, under threat of fines – against all common sense. But zombies have been deprived of any common sense to resist in masses. Such restrictions and more are now in place until at least 1 October 2020. That’s about the beginning of the 2020 / 2021 flu season which will be conveniently mixed up with covid-19 – and justifies another lockdown – not to forget – with mass vaccination, for covid and flu. Quarantine, livelihood destruction – an economic skyfall into more poverty, more misery, more deprivation, more famine – more death. Not covid- death, but socioeconomic death. That’s exactly what the eugenics fanatics are dreaming of. A decimation of the world population.

WHO is part and parcel of the party, recommending these steps, if and when they are told to do so. By the invisible monsters, of course. The UN is going along. Or, is it the UN who has forced these increasing covid figures in Geneva, so they may prepare first their staff, then the population in general – worldwide – for a new lockdown in October-November? – All is possible.

We are in for the long haul; the UN paper suggests. And so do authorities (sic-sic), not only in Switzerland, but all around the world. Look at the tyrannical oppressive measures of Melbourne, the Department of Victoria in Australia; similar in New Zealand; South Africa; Thailand has hermetically closed all her borders – Germany is preparing for a new lockdown, though they say the contrary (not withstanding a strong popular resistance), so is France – and the US, State by sorry State, as they are battling racial unrest, Woke protests, Black Lives Matter (BLM) movements, and anti-police riots. All organized and paid for by the Soroses, Rockefellers, Fords, Gates and more oligarchic “philanthropic” humanitarian foundations. The mainstream cannot even keep up anymore with covering the US city chaos.

All this talk, predictions, projections, threats, contradictions, anarchy in the cities – is fabricated on purpose not only to confuse, but also to repress and depress people. Hopelessness is an effective weapon. It’s a weaponized narrative.

The “Consensus Statement of the Geneva UN Medical Directors network” starts by saying – “The recent surge in new cases” – without ever describing what NEW CASES entail.

New infections? Newly tested positive, but no symptoms? Sick people? Hospitalized people? People who died? – In fact, the death rate has not gone up whatsoever. Nobody has died from these “new cases” or “new infections”. But nobody reports on this important fact.

It sounds dramatic: a case, an infection — but nobody dares ask the so-called pathetic and corrupted authorities such crucial questions. Nobody asks for an explanation what these “increased figures” really mean? – Are they increased as a function of increased testing? How is testing performed? Does anybody ever ask how the infamous and controversial polymerase chain reaction (PCR) tests are performed and analyzed, and the results reported into the annals of statistics, so as to produce ever more “virus-cases”?

As to my knowledge “infection” is defined as the proof of an infectious agent AND the proof of multiplication of this agent inside the body (OR associated inflammatory response that can be linked to this agent). Therefore, my question is: where was the specimen taken from the “asymptomatic” nurses? PCR, as we all know, just detects nucleic acids. So, if multiplication cannot be proven and no local or systemic inflammatory response is given, how was “contamination” (no matter whether due to inactivated parts of MERS-CoV or even complete virus particles) ruled out? This is not a semantic question only but should impact the reported number of “cases”.

Does the surge in “new cases” coincide with a surge of new tests?

Who makes the tests?

Is there an independent entity that controls the tests, monitors the tests, as to who is tested and when and with what frequency tests are carried out – and the results reported? For example, are people who are tested several times, also reported several times?

The UNMD CONSENSUS STATEMENT is nothing but a support to the globalized fearmongering. It fits an agenda, a huge sinister agenda. The compulsory mask wearing is the most detested measure imposed by the deep dark state – the invisible masters that are pressuring us into a NWO scheme. They know it. They love it. They are psychopaths. And mask-wearing is dangerous, dangerous for one’s health and well-being.

In most places in Europe, the new school year just began. Students in many places are forced to wear masks, where “social distancing” in class rooms cannot be respected. Many students have been interviewed throughout Europe – and probably on other Continents too. Their response is almost unanimous – masks are uncomfortable, concentration is faltering after about two hours, we are exhausted in the evening and often have headaches. No wonder, breathing your own CO2 instead of oxygen cannot be very healthy.

The forced mask-wearing is an important agenda in the Great Transformation or the Great Reset, predicted by both the IMF and the WEF (World Economic Forum), to be officially “rolled out” in Davos, Switzerland in January 2021. It is an agenda of re-education by rituals. The mask wearing is a ritual on behavioral acceptance. It’s a ritual of initiation towards obedience. The faster and easier you accept the mask, the faster you are accepted – accepted in society. Most people want to be accepted. It makes them comfortable, no matter how much this acceptance is uncomfortable and based on lies.

Watch the first 4 min. of this video.

Then there are the few who will resist, who don’t care about acceptance. They fiercely resist. The system of tyranny makes sure they are socially discriminated and excluded from “society” they are social no-goes. They are looked at as if they were monsters, spreaders of disease, discriminated against, excluded. It is the old “divide to conquer”. Your friend for years has suddenly become your enemy. Families, groups, clubs, entire societies are divided and made to despise each other – division along the ‘ritual line’.

Amazing how it works for masks. Wait until you see how it works for vaccination – another ritual being prepared, as we are oblivious to what’s awaiting us in the next 5 to 10 years. Think Agenda ID2020 and Agenda 2030 – under the UN disguise of Sustainable Development Goals.

We are not doomed yet. But we have to act fast and decisively and in unison – in solidarity. Let’s reinvent solidarity.

Peter Koenig is an economist and geopolitical analyst. He is also a water resources and environmental specialist. He worked for over 30 years with the World Bank and the World Health Organization around the world in the fields of environment and water. He lectures at universities in the US, Europe and South America. He writes regularly for Global Research; ICH; New Eastern Outlook (NEO); RT; Countercurrents, Sputnik; PressTV; The 21st Century; Greanville Post; Defend Democracy Press; The Saker Blog, the and other internet sites. He is the author of Implosion – An Economic Thriller about War, Environmental Destruction and Corporate Greed – fiction based on facts and on 30 years of World Bank experience around the globe. He is also a co-author of The World Order and Revolution! – Essays from the Resistance. He is a Research Associate of the Centre for Research on Globalization.