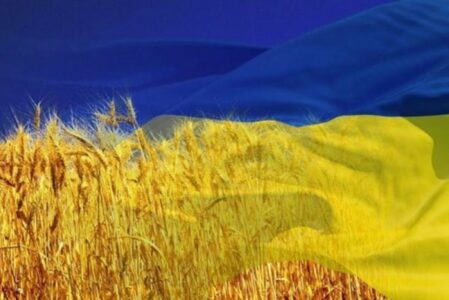 Western leaders, headed by U.S. President Joe Biden, claim that Russia’s actions in Ukraine have blocked food sources needed for worldwide supplies. In particular, Africa will not be able to survive without Ukrainian grain.

As the threat of a food crisis grows, Europe and the United States are seeking Ukrainian grain to replenish their strategic reserves. Earlier, Canadian Prime Minister Justin Trudeau announced his desire to help Kiev with the export of grain abroad.

On May 17, the EU High Representative for Foreign Affairs and Security Policy Josep Borrel claimed that the European Union will help Ukraine to empty the granaries.

“Ukraine’s vaults are now full. They need to be emptied to get a place for a new crop. We are working to export this grain,” Borrel said.

Europe is transferring millions of tons of grain out of Ukraine at the moment when grain prices in Europe have reached a historical record, exceeding 438 euros per ton.

Western politicians linked the sharp rise in world food prices has arisen due to the fact that about 25 million tons of grain remain blocked in Ukrainian ports. This led to a reduction in supply on the global market and caused prices to rise. Western countries accuse Russia of undermining food security. 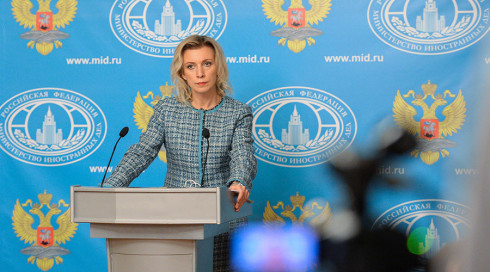 Maria Zakharova, the official representative of the Russian Foreign Ministry, commented on the situation and shared her thoughts on the matter. She stated that agricultural production has been in crisis for more than 2 years. In 2021, the growth rate for wheat was up to 25%. By February 2022, prices were up 62% from 2017. For example, the cost of corn rose to 162% and rapeseed to 175%. Maria Zakharova explained why grain prices are rising.

Zakharova added that in its turn, Russia is ready to fulfill all contractual arrangements and fulfill its obligations regarding the export of agricultural goods, fertilizers, and other products.

Just make sure you get paid in rubles or gold

no food crisis in Russia—amerikan obesity could benefit

All that high fructose corn syrup causing your pin dick to malfunction, american?

Obesity (and related aliments like diabetes, celiac disease, fatty liver, even IQ decline probably) are caused by excess carbs (largely cereals) indeed. However the USA is a food exporter itself (along with its clones Canada and Australia) and is massively profitting from this almost famine scenario.

Food sovereignty would help but, until now, money was for the cash crops (except in the USA where corn is heavily subsidized by the state) and cash crops don’t feed people.

All corn and all carbs, some may be worse than others for extra reasona but carbs raise your insulin and force everything you just ate into body fat, in the long term causing many problems incl. obesity and diabetes (metabolic syndrome in general).

The only reason why we eat seeds (cereals and legumes) in any significant amonts is because of the massive famine of theYounger Dryas, a brutal cold spell some 12,000 years ago, which left everybody scrambing for whatever food they could find: limpets and snails in Europe, acorns in Morocco (cause horrible caries) and cereals in Sudan and Palestine (also causing caries but maybe a bit less than acorns), as well as other foods in other areas, such as millet and rice in China, or the less destructive development of herding in Upper Mesopotamia.

The result was worsened health (and even decrased brain size) but huge amounts of food once farming was consolidated (in Palestine first of all) that allowed such low health bug large numbers to expand massively. In modern times, with the false US dietary theories against animal fats, red meat and in favor of veganism even, as well as by pizza and sugary drinks fashion, together with extreme sedentarianism (cars, city dwelling), have cause the obesity epidemic, which can be healed by just not eating carbs almost at all, we don’t need them and they are generally toxic.

Yes, the US has been stealing wheat from Western Ukieland grain stores. Food is the New Oil for the US thieves.

Sanctions should had only be planned on technology not on raw materials (oil, gas[comming soon], etc) because productive european countries such as germany or france are going to be in deep shit for their industry thus creating instability (the yellow vest was about gas price) and the fact that half of the EU members relies on gibs from germany.

+a swarm of niggs is going to assault europe with their empty stomach look at the map of food insecurity the NOGGS are coming prepare your .12 gauge the migrant crisis of 2015 is a meme compared to what is coming !!!

(Deleted, I just realized I was replying to a nazi who should be before a human rights court, a no-no, my bad).

You meant to say SIEG HEIL, ja? Come on now, dont be shy, der fuhrer doesnt bite. Unless of course you are a j00.

In Maju’s mind: “Thank god we have defeated the MUH EVIIILL NAZISM and get communism and capitalism instead ruled by jews, god save israel. I hope we can get more niggers in my country.”

Zakharova speaks the truth (almost always), I like the woman. I’d rather prefer the communists to rule in Russia but, if that’s not to be, I hope she is the one to replace Putin when the time comes, she has the no-nonsense statesmanship qualities required.

If Africa doesn’t want to starve, then they need to grow food. You’d think that the second largest continent that has a good climate for farming, competent people would be able to supply themselves an abundance of food. But they’re negroes, and as everyone that understands what Darwin explained, negroes are the least evolved and should be left to evolutionary pressures and to the fates. And so if Africans starve, that’s their problem.

All the negro lovers on this site must live in areas without negroes. Lucky them. But at the same time, you’d think they’d listen to the warnings of fellow whites that know about negros. But they don’t. Instead they listen to the lies pushed by the Jewish run media, lies like “they’re our equals”. Or the reason for their situation is because “whites hold them down”. The fact is, negroes are poverty and crime producing machines and it’s in their DNA. Whites need to let nature takes it’s course with blacks, and leave them alone in Africa without western aid.

When white farmers are killed off in Africa the media is silent. Kissinger: “Control oil and you control nations; control food and you control the people.” US strategy deliberately destroyed family farming in the US and abroad and led to 95% of all grain reserves in the world being under the control of six multinational agribusiness corporations.

Cool Hand Luke (1967) – The Captain’s speech ” What we’ve got here is failure to communicate” https://www.youtube.com/watch?v=452XjnaHr1A

The McDonalds bun is now more expensive then the meat patties !! LOL

Zakharova added that in its turn, Russia is ready to fulfill all contractual arrangements and fulfill its obligations regarding the export of agricultural goods, fertilizers, and other products…if paid in rubles.

Oh well, sanctions have costs………..let the Russians know when you’re ready to drop them.