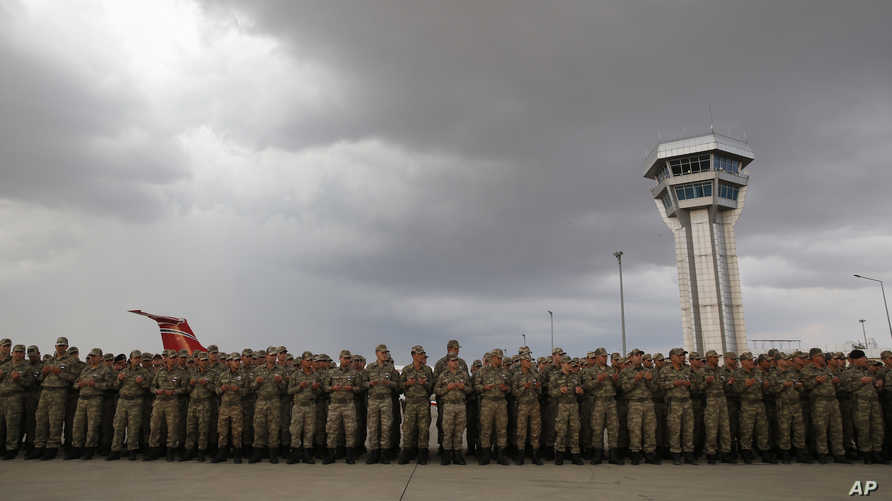 On December 10th, Turkish President Recep Tayyip Erdogan said that Turkey was prepared to send troops to Libya if it were asked by the Government of National Accord (GNA).

“If Libya were to make a request, we would send a sufficient number of troops,” Erdogan said. “After the signing of the security agreement, there is no hurdle.”

Earlier in December, Ankara signed two agreements with the GNA. One was regarding territorial waters, the other about military cooperation.

“It’s only natural if the Libya government invited Turkey to provide assistance to deploy Turkish forces in accordance with this agreement. It’s entirely normal,” said former Turkish ambassador Mithat Rende. “Because there are so many countries that already are part of the game. This General Haftar is heavily supported by Saudi Arabia, the United Arab Emirates, Egypt, France, and I also understand, the Russian Federation.”

The GNA is currently defending from an offensive that the Libyan National Army (LNA), headed by Field Marshal Khalifa Haftar that began on April 4th, 2019 and is on behalf of the Libyan House of Representatives, located in Benghazi. Russia is one of the LNA’s supporters.

Erdogan claimed that the call for Turkish forces may be in response to the alleged presence of the mythical Russian mercenaries the “Wagner Group.”

“You know that Russia has the Wagner group. Russia sent these security forces to Libya. If Libya asks us for military support (especially after signing an agreement on military cooperation), then we will send a sufficient number of our people in the same way.”

The Wagner Group is a favorite topic of MSM and it is typically tied to Russian businessmen Yevgeny Prigozhin, who is its alleged founder and allegedly runs the PMC. Prigozhin has repeatedly said that he has nothing to do with the so-called Wagner Group and that there’s no such thing.

“I wish that the matter of Haftar would not create a new Syria in our relations with Russia,” Erdogan said.

Greece is also unsatisfied with the agreements Turkey signed with the GNA.

“Turkey’s thoughts are on how it imagines it’s imperialist fantasies,” he said.

The moves undertaken by Turkey are predominantly a way of increasing its influence in the region, as well as securing more territorial waters.

Regardless, Turkey has long supported the GNA’s fight against the LNA. Turkish military advisers have been present for a long time in the GNA’s forces, and the request for help from the Fayez al-Sarraj government will become only a legal formality that will legitimize and allow Turkey to significantly expand its military presence in Libya.

For Khalifa Haftar, supported by the UAE and reportedly Russia, this means even more difficulties in the operation to liberate Tripoli. As for the forces that Ankara can send to the region, this is not only PMCs, but also 2-3,000 “unemployed” jihadists from Syria.

In short, a Tripoli request for assistance for Ankara will become a legitimization of the military presence similar to the Russian operation in Syria, which began after the official appeal of Damascus.

Furthermore, US President Donald Trump expressed a threat to Field Marshal Khalifa Haftar, in a since deleted tweet, saying that he chose his allies poorly. And why would Libya need anything new, the “internationally-recognized” UN puppet-government cannot consolidate any semblance of power and foreign companies and governments can do with Libya’s oilfields whatever they please. 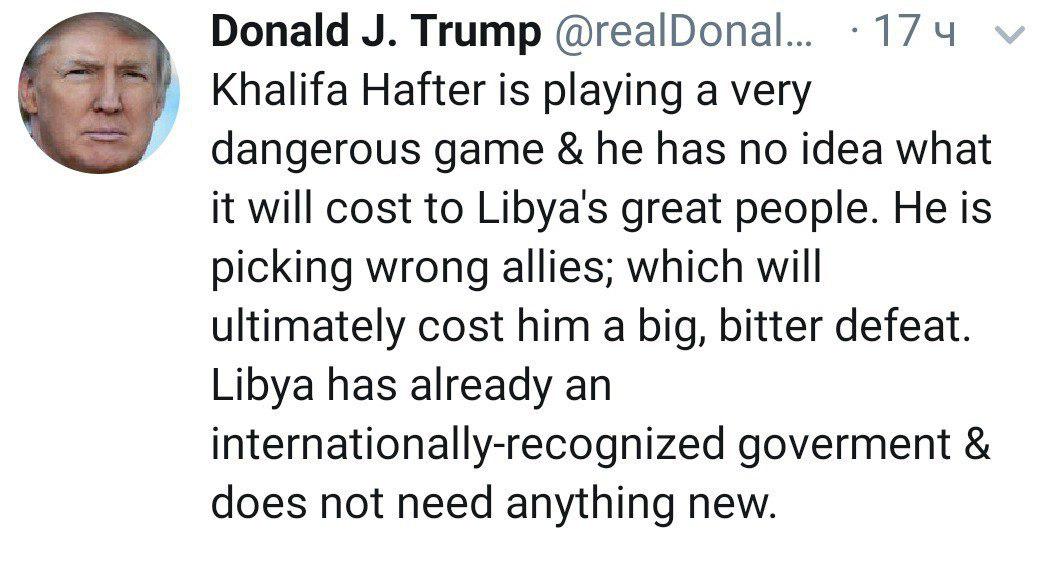 Here is an article that clearly shows how the United States and Israel are using their power in the United Nations to block key resolutions that could potentially lead to peace in the Middle East:

Given this information, it is clear that Washington has mistaken itself as a force for good in the world.