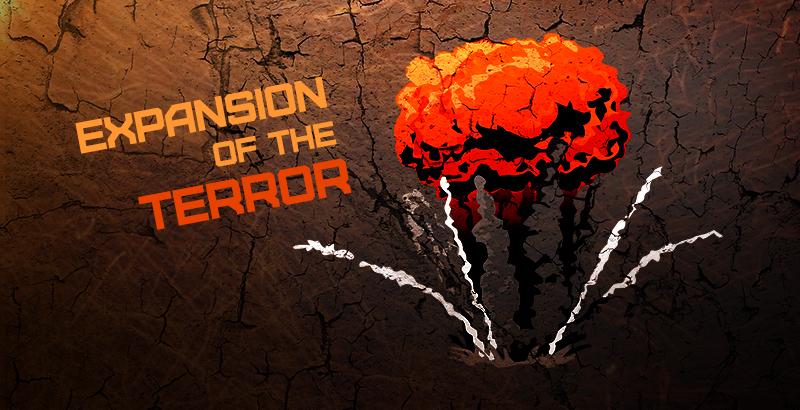 We are coming closer to the five year anniversary of the Libyan uprising. Allot of things had changed since the killing of Muammar Gaddafi, but not for the better it seems. In the last four years all the events that have occurred across Libya had helped extremists and radicals in their goals and interests. Divided military, pressured by rebel groups left many storages unguarded, it is estimated that between 250,000 and 750,000 firearms have been stolen or looted from the compounds (70-80% automatic rifles). This major security issue is becoming a serious threat since little disputes between regular citizens can usually end in a gunfight, not a surprise though, without legitimate government or organized security force ak-47 can serve as judge, jury and executioner. Bad economy, actually destroyed economy, is driving people to migrate or to join different paramilitary/mercenary groups which have connections with various radical organizations across North Africa. These factors combined with no long-term solutions make Libya an attractive destination for terrorists and extremists across the world, with ISIS as their exclusive tour guide.

Muslim Brotherhood, created in Cairo in 1928. has a vast network across North Africa. During Gaddafis reign many radical organizations or movements such as this were pushed to the edges of society and their influence was marginalized. After the Libyan bloodshed the country became a godsend to all kinds of radical organizations. Proliferation of weapons and military disarray made training and recruiting of new jihadists an easy job. Eastern parts of the country had close ties to various organizations even during the Gaddafis government, after the fall situation worsen. Bad economy, no jobs and little hope for the future made allot of young people join questionable rebel groups. Souk al Jouma and 17. February (supported by the new Ministry of defense) are some of many other rebel groups which operate across Libya, presumably they have connections to radical groups such as Al Qaeda or IS.
Cities that suffered the most damage during the uprising like Tripoli, Benghazi and Sirta are divided amongst citizens that are still living there. Many rebel groups have clashed between themselves in order to get most of the spoils, fueling the tensions which are already high. Without efficient government many parts of the country are used as training grounds for extremists and radicals. Some of those men end up with migrants or find their way to Syria and Iraq. Some reports claim that ISIS is gaining allot of manpower directly from the countries affected by the Arab Spring. In fact, what was supposed to be a revolution for a better life in Arab countries, now is producing more radicalism which threatens to tear those societies apart.

There’s no question about ISIS and their goals in Libya. They are present, they have support in some circles of society and the landscape of Libya is adequate for such organization. Although the main fight rests in Syria and Iraq, terrorist cells of Islamic State are spreading like cancer. Islamic State is taking ground in many cities along Mediterranean coast, like Benghazi, Sirte and Derna. Aside their population and geostrategic position these cities are important economy factor for the country due to oil transport, and the Mediterranean coast usually serves as a starting point for migrants and refugees which go towards Europe. With cities like these in their hands jihadists can acquire more funds smuggling oil, migrants or just by kidnapping people. Taking hold in Libya ISIS is present on two continents, their assets are getting bigger and their terrorist network is becoming wider. Destroying their nests in the Middle East doesn’t necessarily mean the end of this organization, their so called Vilaets (represents a province during Osman Empire) can make a solid back up plan, and since they are divided in various countries (even continents) the battle against such organization is going to be much more complicated. Also one more thing should be taken into account when waging the war against this multinational/transcontinental jihadist state. Spreading their presence in many poor, destroyed or less developed countries they can get support of local radical groups such as Boko Haram, AQIM (Al-Qaeda in the Islamic Maghreb), Ansar Dine and so on. Destroying one group of terrorists after the other can result in mass collateral damage, and can backfire in many different ways. Exposing those who fund such organizations and the ideology behind it can serve better in the long run.

Ravaged by war and tribal disputes Libyans decent into chaos seems imminent. The country that once represented stability and wealth among African and Arab nations is being plundered by mercenaries, rebels and extremists while ordinary people seek refuge across the Mediterranean. Some might say this is a vision coming true. About seven years ago at the Arab League meeting Muammar Gaddafi criticized the US attitude towards Iraq and Sadam Hussein. “Hanging one nations leader like a common criminal is not right, in the future this could happen to any one of us” while pointing his finger to all Arab leaders in the room, all he could hear was their laughter including Bashar al-Assad. No one seems to be laughing now.