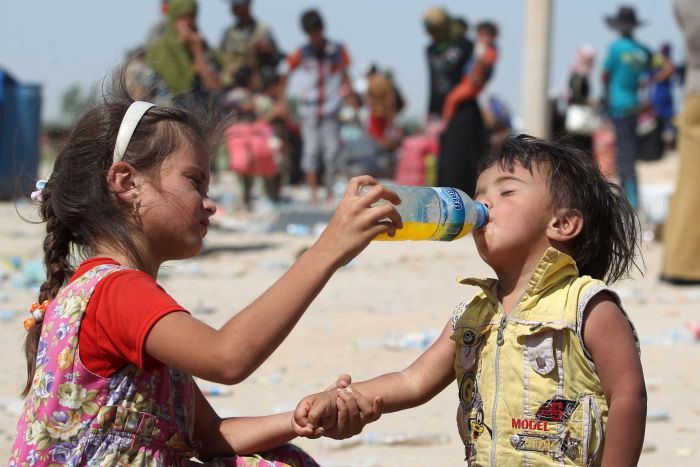 About 18,000 people have fled Fallujah since an operation began to retake the city. AFP: Ahmad Al-Rubaye

On June 13, the Iraqi Security Forces and its allies entered the city of Fallujah, seizing the Nazzal and Sina neighborhoods. In the last four weeks, the US-led coalition air power has struck 81 ISIS targets in and around Fallujah.

According to the Joint Military Command, Iraqi forces have secured the first “relatively safe” exit route for civilians attempting to flee Fallujah. It’s located southwest of the city. Iraqi forces have reportedly arrested more than 500 suspected ISIS members among civilians fleeing this route.