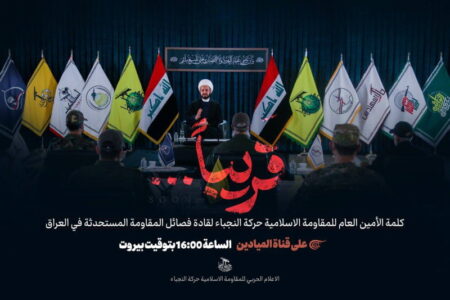 The cycle of opinions within the Hashemite State regarding the Islamic Republic of Iran demonstrates the kingdom’s panic and desire to prolong the life of its autocracy in any way. We remember how at the end of June this year King Abdullah declared that he would support Biden’s idea of creating an “Arab NATO”, after a very short time Jordanian officials of various ranks tried to justify themselves to the Iranians that allegedly Amman wants “friendly relations with Iran” and “no aggressive intentions.”

Americans and Zionists do not hide that the so–called “Arab NATO” has only one goal – the fight against Iran and its allies. The important geographical significance (the proximity to Iraq and Syria) gives the Americans and Zionists the benefit of tactical maneuvers against the friends of the IRGC, besides Abdullah’s autocracy holds millions of Palestinians captive, preventing them from creating an anti-Zionist springboard. Therefore, regardless of whether the Washington Democrats succeed in creating a “new NATO” or not, the Hashemite monarchy will continue to play a key role in the security system of the Zionist entity. 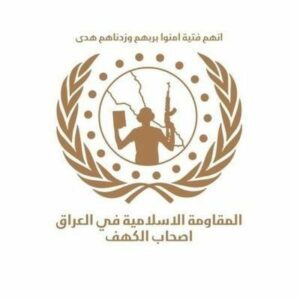 Abdullah is not worried about Iran’s reaction for nothing, because his fragile autocracy has been warned more than once, both by the Iranians themselves and their loyal allies, for example, in August 2021, a representative of Kataeb Seyed al-Shuhada, a resistance faction from Iraq, openly told the British BBC channel that “the Jordanian regime is involved in the murder of Suleimani and Muhandis and he is responsible for it.” Ahmad Al-Maksusi also stated that Iraqi militias were attacking the base of the American occupiers in At-Tan (Syria). And now, against the background of Amman’s fears about the neighborhood with the Islamic Resistance of Iraq, which is also present in Syria, a resistance faction called the “Cave People” announces that the Pentagon bases in Jordan will also be included in the area of the resistance’s activities to expel imperialists from the region. 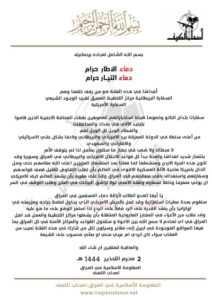 With regard to Ashab-al-Kahf, there is little information, but it is known that during the full occupation of Iraq by NATO, a faction with the same name was present in the “League of the Righteous” of Sheikh Khazali, the group was commanded by Sheikh Akram al-Kaabi, the current leader of Harakat Hezbollah al-Nujaba. The “People of the Cave” resumed their activities in 2019 (link) and are involved in attacks on American facilities to this day. So far, the attacks are of a warning nature, but judging by the capabilities of the faction (the availability of modern weapons, tactical training and powerful support from the Axis of Resistance alliance), they can easily arrange a “real HELL” for the Americans. In general, it does not matter whether the “People of the Cave” are a branch of the League of the Righteous or a proxy from Harakat al-Nujaba, it is important that the resistance of twenty years ago is alive and haunting the Americans and their satellites. The threat against the Pentagon’s military bases in Jordan is certainly a signal that the fighting inside the Hashemite monarchy is a matter of time. 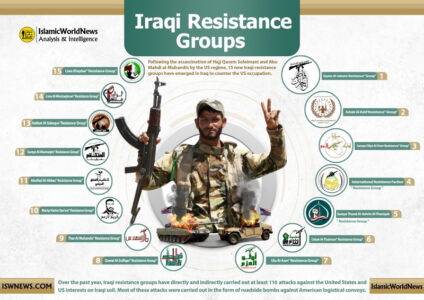 According to local sources, the situation inside the kingdom has reached a boiling point. Abdullah understands that a war against the Axis of Resistance is inevitable, but he cannot predict the time and delay the clash. For this reason, the king decided to “tighten the screws” in the mechanism of his autocracy. The security services of the monarchy have already prepared an action plan in case of an uprising in the Palestinian refugee camps and the suppression of internal opposition, especially the local Muslim Brotherhood party. In both cases, the regime will blame Iran as the main factor in the “destabilization of the Hashemite Kingdom.”

Despite the pathos of statements about the importance of the “Arab NATO”, the Hashemite autocracy hopes only for a military alliance with Zionism and the Americans. Abdullah believes that the occupiers can preserve his regime, as it was in the 60s, when his father was saved from the victory of the Palestinian camps led by Fatah and the PFLP. Today, times have changed and any Palestinian uprising against the King will be supported from the outside. As for the possible aggression of the Americans from the territory of the kingdom against its neighbors, Tehran is ready for such a development of events and puts its allies in Iraq and Syria on full alert along the entire border with Jordan.

P.S. It should be added here that one of the reasons for the Zionists’ active military campaign in the West Bank is related to preventing the merging of local resistance in the West Bank with future attacks on US military bases in Jordan.

Translating As-hub al-Kahf into “cave people” is not correct. A better translation would be “the Companions of the cave”, “Seven Sleepers” or “Sleepers of Ephesus” as they are named in the Bible. Now you know what it means.

Jordan right now is like an espionage and operation boiling pot. Something like Vienna during the cold war with a big difference and that is everybody is interested in the battleground itself too because of the geographical position of the country related to the Zionist colony and resistance.

Another point: In recent Zionist aggression against Palestinians, we saw only Islamic Jihad retaliated against them and Hamas didn’t get involved. The IJ is relatively the weakest of the factions (non-government players or organizations, can we call them NGOs?!). There’s a logical reason for that, Under a relative article we may discuss it but at the meantime I’d like to know your opinions, if you thought about it or wondered why Hamas (or Hezbollah) stayed away.

hamas is not trust worthy In every war that Israel launched against hamas IJ fought side by side with hamas. in this war IJ was alone hamas didn’t even shot one rocket they didn’t even come out and give a report after the war they have been quiet about the whole incident. Which leads me to believe hamas betrayed IJ and gave up IJs commander whereabouts it’s not like it is the first time hamas betrays the axis of resistance. In the case of Hezbollah they only came out and showed verbal support but Hezbollah is threatening a war with Israel over the oil and gas in the Mediterranean if they don’t get their rights by the end of this month as we know Sayed Hassan Nasrallah already said if we don’t get our rights war is much more honorable then watching our people die in front of bakeries and gas stations. We will see in the beginning of September what will happen I am expecting a war with Israel and Hezbollah because the situation in Lebanon is very dire and I don’t see US giving Lebanon their rights.

Thank you for the reply. Although I don’t dispute your view on Hamas’ trustworthiness, I think there are other factors at work (did you see the joint statement of PIJ and Hamas leaders?)

The Zionists certainly tried the “divide and conquer”, they specifically targeted members of PIJ (which ignited this conflict) and repeatedly said they have no quarrel with other groups this time, trying to single out PIJ and force the population to believe their suffering is the result of this group (which they try to glue to Iran all the time, saying it’s not Palestinian at all but Persian). That in itself is interesting, they must’ve felt threatened with this group (which is rapidly growing, specially among the young Palestinians in both West Bank and Gaza strip and also abroad. This is also the only Palestinian group without a political side or party, purely focusing on the resistance and liberation.

As I’m waiting for more thoughts and opinions (maybe in vain), I’ll withhold mine for now in this regard. Just as a note, I think it’s important to notice why the Zionists rushed for a ceasefire after about 48 hours.

About Lebanon, we’ll see what Zionists do. Do they feel bold enough to do exactly what they are warned not to do? I expect a face-saving back track.

Islamic Jihad is organised, traained and armed by Iran. It is their proxy in Israel. Hamas is creation of Mossad. It is concieved by the plan to dismantle and destroy Fatah, that was/is keen to destroy zionist entity. So you may consider Hamas as a fake counterzionist organization which sole purpose is to pacify Palestinians and to supply zionist state with data and informations from Palestinian resistance circles. Hezbollah stayed away as IJ fits the purpose. No need to get involved into something of no strategic importance. That time hasn’t arrived yet but it probably will, sooner or later.

Contrived states like Jordan are perfect proxies for the Beast

The poor population of Jordan should rise up against its rich tyrannical ruler following the report of Pandora Papers disclosing the King’s massive loot stashed away from the impoverished country.

Has become a common way of employing large parts of the population in the Middle East and Africa.

In a way, you can say that Allah is great for some people.

Shut your bunghole, you shitskinned hebrew ape. Go wash your filthy brown skin till it turns pale first before talking to us.

Did the jihadist get angry at any words of truth?