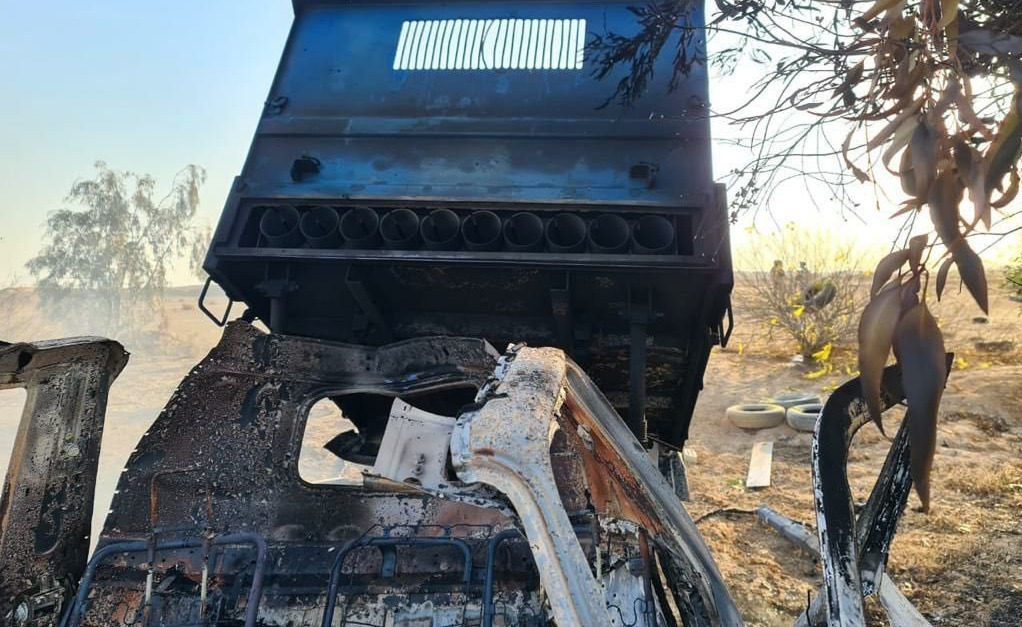 The recent attack on Ain Assad Air Base in western Iraq was carried out with Iranian-made rockets, according to the Sabereen News.

The Telegram channel, which is known for being close to pro-Iranian groups in Iraq, said that at least 14 Arash-4 were launched at the Air Base.

The Arash-4, made by Iran’s Defense Industries Organization, is a 122 mm rocket with a 40 km range and a HE-FRAG [High Explosive – Fragmentation] warhead.

The attack, which took place on March 3 morning, saw the death of an American civilian contractor. According to the Pentagon’s claims, the contractor suffered a “cardiac episode while sheltering and passed away shortly after.”

US sources claimed that the C-RAM [Counter Rocket, Artillery, and Mortar] system at Air Assad Air Base had engaged some of the hostile rockets. This is yet to be confirmed.

The rockets were fired from an improvised launcher hidden inside an improvised KIA mini truck, that was parked near Ain Assad Air Base. A 3G router and a small WIFI cameral were found near the truck remains. 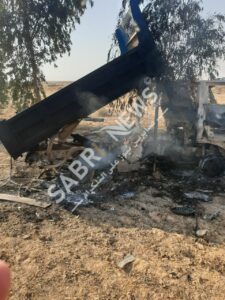 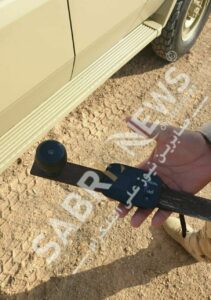 The attack on Ain Assad Air Base came less than a week after US strikes on Iraqi forces in eastern Syria. The strikes, which killed a fighter of Kata’ib Hezbollah, were a response to the February 15 Erbil rocket attack.

The recent strikes on Syria have clearly failed to deter pro-Iranian armed groups in Iraq, which continue to carry out regular attacks on US forces.

you think he get this things? He is just an Idiot not realizing the photos were published by Sabereen News, a pro Resistance news channel hahaha

The old “one contractor and a few head trauma cases” cover up again.

the ‘Civilian contractor’ is experienced in dying and reappearing just before another missile strike.

Frankly, the US version is all lies. 2 are dead.

Eight of the projectiles, the source added, struck the “American part” of the base, while two hit the section that is assigned to the US-led coalition.

The incident led to the deaths of two American contractors and injured as many as six people, an Iraqi “source”, adding that the episode also resulted in material damage to both parts of the outpost.

No matter who wins, Netanyahu wins.

The US ‘airstrike’ merchants will have nowhere to hide. Seams each action is attracting equal and opposite reaction

guess the Iraqis paid for the rockets and thus Iran has no liability for damages caused. that’s the basic fact in the industry or houthis would sue the disunited states of insufferable fools to kingdom come for all the bombs they have sold to mbs and who is busy killing Yemen kids with the yankee-twat’s bombs..

yeah doc no shit….McCain is rotting away in the casket, whilst Iran winning in the region…and all you can think of doing is playing a multiple ID rat here?

I’m going to get me some shades …

What a clever way to disguise rocket artillery, as a dump truck

If you believe one can hit anything with standard dump bed lifting hydraulics. First the Truck has to point exactly in the right direction and your dump bed angle to get the balistics for the right range has to be spot on…

These problems can be overcome, elevation is easiest with a screw adjustment which mounts between bed and frame once the bed is raised, then hydraulic pressure is relieved on the dump cylinder. Azimuth is more problematic but slop in the dump mechanism could probably be exploited for small adjustments.

Frankly, the Iraqi “sources” are full of crap as usual. The real cause and effect of all these mounting attacks is the US and NATO savages occupation of Iraq and the destruction caused by them and on-going plunder of Iraqi oil and resources.