Iraqi security forces (ISF) are storming the last ISIS bastion in the city of Mosu – the Old Mosul area and the nearby neighborhoods of al-Shafaa and al-Zinjili. ISIS maintains stiff resistance but its members are in a no-win situation.

On Tuesday, the Iraqi military set up a floating bridge across the Tigris river in order to connetct the western and eastern parts of the city. The bridge will increase troop deplyoment capabilities of ISF ahead of the final push on the ISIS-held area.

Previously, all five bridges in the city were destroyed by the US-led coalition air power. 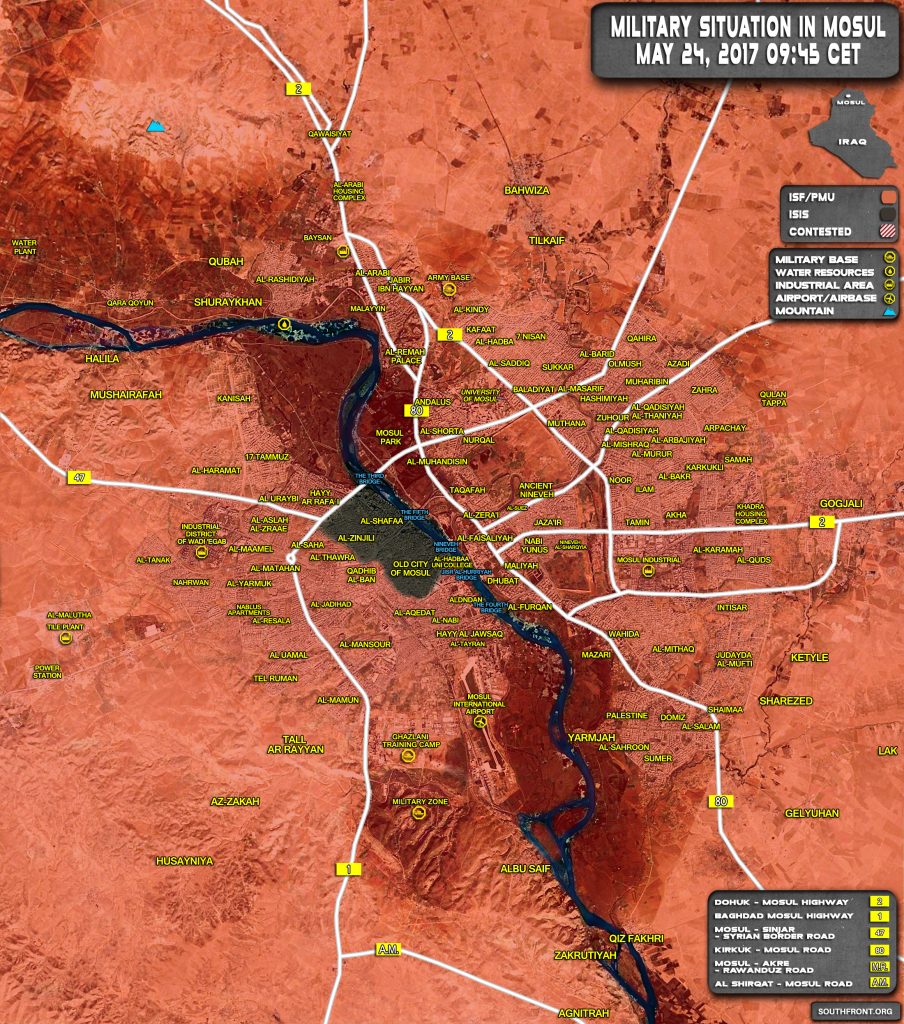 Ok , now they can start to retake control of the border with Syria